Dependents suspected in vandalism of home 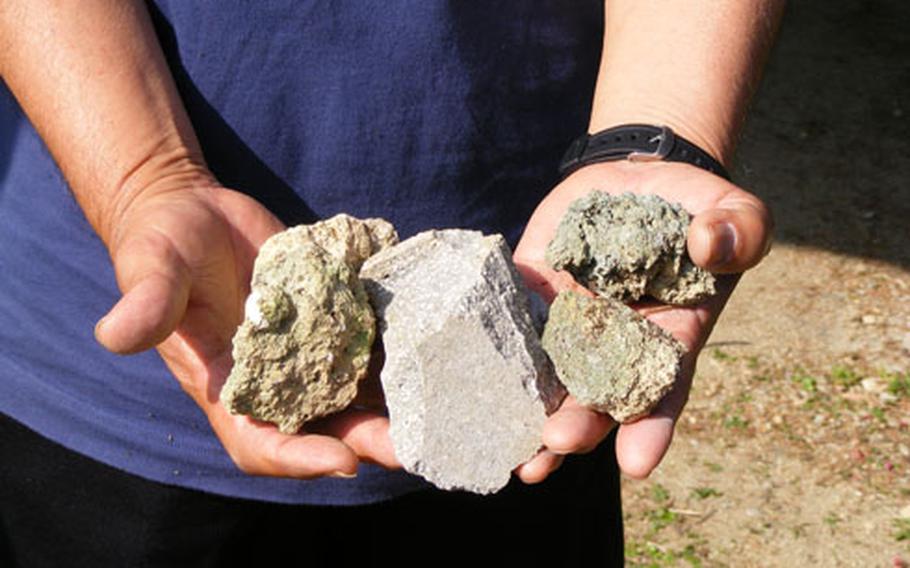 Yoshio Arashiro holds the rocks thrown at his home near Camp Foster’s Plaza Housing. He says it is common for kids to throw rocks at his home. (David Allen/S&S)

Yoshio Arashiro holds the rocks thrown at his home near Camp Foster’s Plaza Housing. He says it is common for kids to throw rocks at his home. (David Allen/S&S) 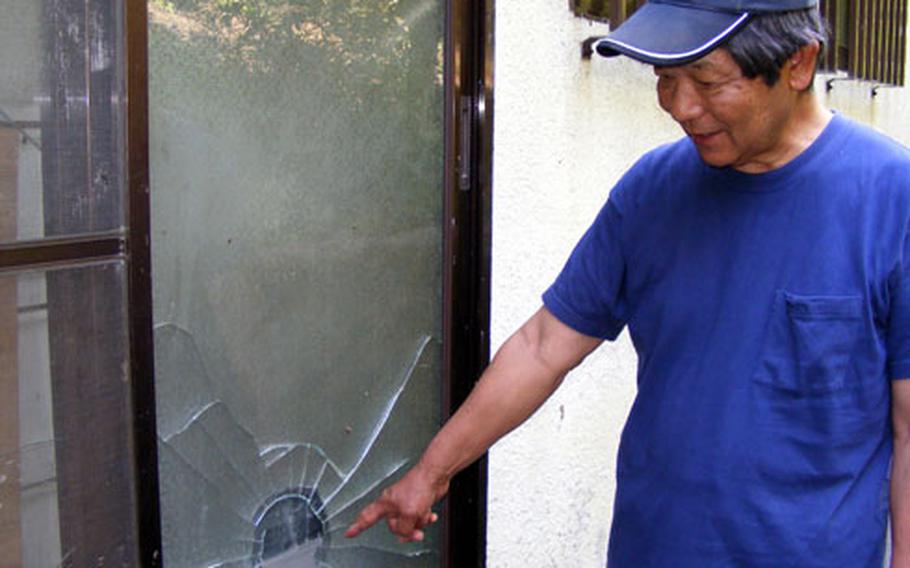 Yoshio Arashiro points to one of the windows broken by rocks on Feb. 5 outside Camp Foster. Arashiro estimates the damage at $900. (David Allen/S&S)

CAMP FOSTER, Okinawa &#8212; Three juvenile sons of Marines have been identified as suspects in a rock throwing incident that damaged the home of an Okinawa man.

According to Okinawa police, the incident took place Feb. 5 when the boys, all sixth-graders, threw rocks from Plaza family housing area on Camp Foster at the home in the Tamagami district of Chatan.

Yoshio Arashiro, 65, who lives in the house, told Stars and Stripes that several rocks broke glass windows, causing an estimated $900 in damages. He took photos of boys throwing rocks, which led police to the suspects.

Arashiro said that he was visited on Tuesday by three Marines, their sons and an interpreter. He said the boys apologized for their actions and that compensation would be made.

However, Arashiro said instances like this have been happening for the past 10 years. He said he&#8217;s placed sheet metal over some windows and tried to protect others by placing large plants in front of them.

Still, he said, rocks continue to be thrown at his home.

Arashiro said he asked the military to raise the fence and put up a sign to remind children not to throw rocks.

Okinawa police and Marine officials said this week they&#8217;re working together on the vandalism investigation.

The boys could face further punishment at a hearing before the base inspector.