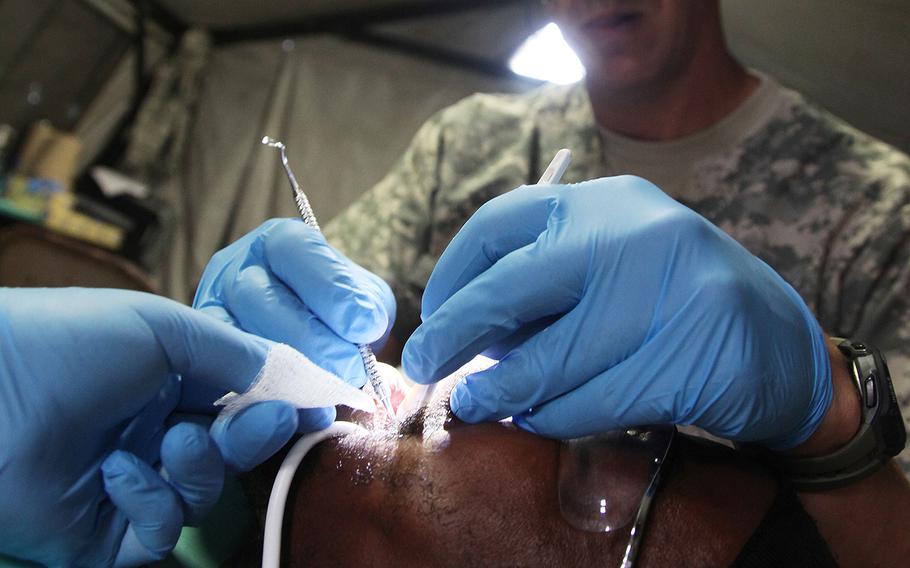 As U.S. forces have increased operations in remote parts of eastern Europe, the military’s dentists also have become more expeditionary in order to ensure that troops stay up-to-date with their dental readiness.

“The addition of portable field dental equipment will provide essential dental care to operational forces throughout Europe in support of readiness for USAREUR and other U.S. Forces in austere environments,” Col. Stephen Tanner, DHCE Commander, said in an Army statement.

The expeditionary teams involve three two-person teams, which include a dentist and a dental technician.

On a recent two-week rotation to treat troops in the field, one dental team treated 200 servicemembers, the statement said.

During the past two years, U.S. Army Europe and other services have sharply increased their presence in the Baltics and other areas along NATO’s eastern flank, where the US. is conducting operations aimed at reassuring allies nervous about a more assertive Russia.