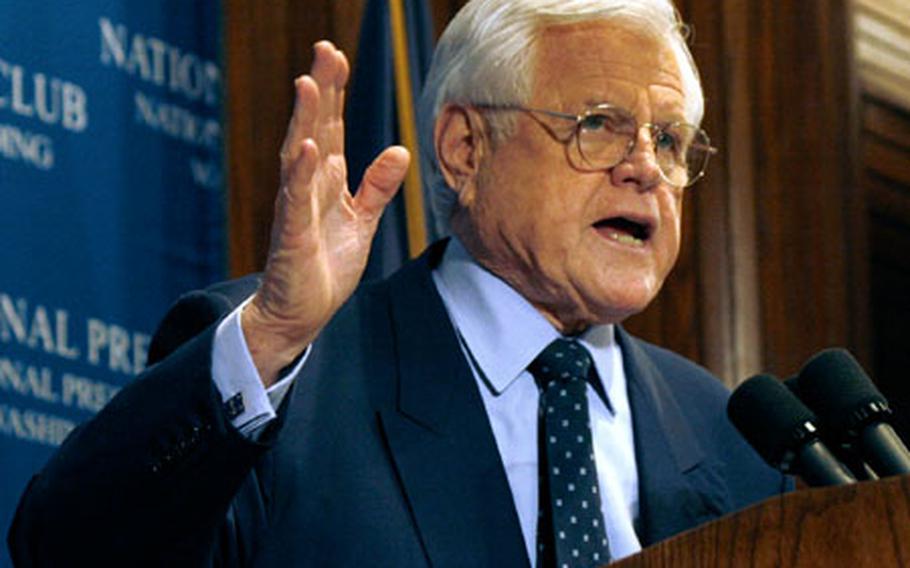 WASHINGTON &#8212; Top Democrats in Congress have promised not to withhold funding for troops already deployed in Iraq but will keep close reins on that money if President Bush decides to increase U.S. troop levels there.

Bush will unveil his new plans for U.S. forces in Iraq on Wednesday night; a surge of up to 20,000 troops into the country is expected.

&#8220;The vast majority of Americans oppose the war in Iraq, and an even greater number oppose sending even more troops to Iraq today,&#8221; he said. &#8220;The president is the commander in chief, but in our democracy he is still accountable to the people.

&#8220;The president may deny the plain truth, but the truth speaks loudly and tragically. Congress must no longer follow him deeper into the quagmire of Iraq.&#8221;

Levin said he did not know the details of the Kennedy plan, but added that it was worth exploring.

In a letter to Bush last week, Senate president Harry Reid, D-Nev., and House Speaker Nancy Pelosi, D-Calif., called a surge of troops into Iraq &#8220;a strategy that you have already tried and that has already failed.&#8221;

They instead called for a phased withdrawal of U.S. forces, to make a statement that the Iraqi military needs to take a leading role.

&#8220;We&#8217;re not about to cut off funding to the troops, because that would be injurious to them,&#8221; he said Monday at a forum on Iraq. &#8220;But (an option) is some limitations on that funding language, and oversight hearings to ask difficult questions about how it will be used.

&#8220;We want to have a redeployment of American troops, and we want to put the burden more and more on the Iraqi military. They&#8217;re going to have to understand that.&#8221;