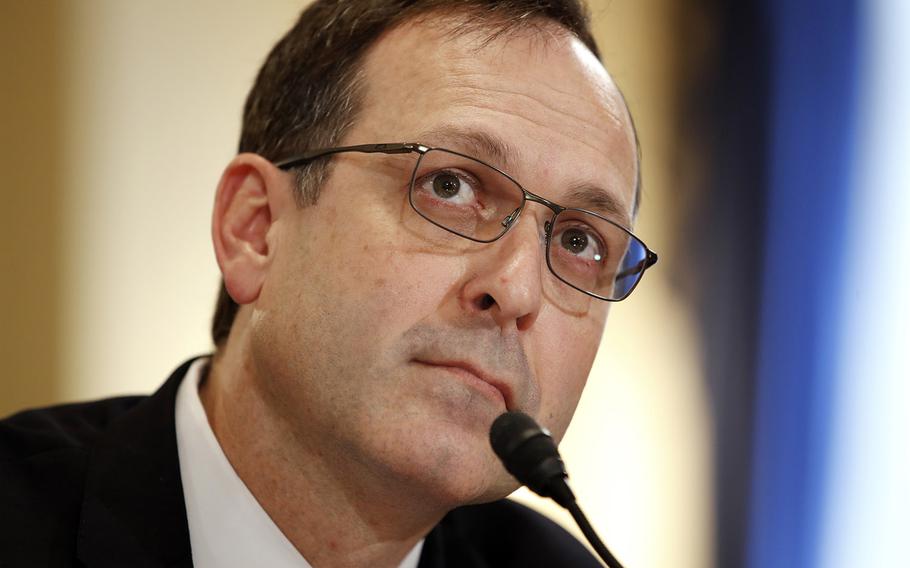 WASHINGTON — Three Democrats on Thursday called on the Justice Department to investigate whether the acting secretary of the Department of Veterans Affairs lied during testimony to a congressional committee.

Reps. Tim Walz, D-Minn., Mark Takano, D-Calif., and Kathleen Rice, D-N.Y., suspect acting VA Secretary Peter O’Rourke lied about providing documents to the VA inspector general. In a letter to Attorney General Jeff Sessions on Thursday, the lawmakers wrote the comments were made during two hearings of the House Committee on Veterans’ Affairs, one on June 26 and the other on July 17.

“[W]e request that you open an investigation to determine whether Mr. O’Rourke made unlawful statements (perjury or otherwise) in providing false testimony in the two subject hearings,” the Democrats wrote. “If you determine that Mr. O’Rourke did in fact make an unlawful statement, or that others conspired with, instructed, or encouraged him to do the same, we request that you pursue immediate prosecution.”

The issue stems from a fight last month between O’Rourke and VA Inspector General Michael Missal.

Missal said the VA refused to release hundreds of employee complaints submitted to the VA Office of Accountability and Whistleblower Protection, a VA office created last year to carry out disciplinary actions and handle whistleblower concerns.

Missal said he has been attempting to obtain the information since November in order to ensure his staff isn’t duplicating an investigation the VA is already conducting. He also wants to make certain his office is forwarded all complaints involving criminal activity. Federal statutes mandate the VA refer any cases involving felony crimes to the inspector general.

O’Rourke and Missal recently engaged in a power struggle in a series letters that ended with O’Rourke challenging Missal’s role as an independent watchdog and accusing him of being unprofessional, biased and reckless.

During questioning June 26 to the House committee, O’Rourke insisted the VA was not restricting Missal’s access to information.

“It’s not like they’ve been refused things,” he said. “We provide disclosures to them on a daily basis as soon as they come in.”

On July 17, O’Rourke said Missal’s access to the Office of Accountability and Whistleblower Protection “has been unfettered since day one.”

In their letter to the Justice Department, Walz, Takano and Rice wrote they later spoke to Missal, who told them that he still hasn’t received the information he’s sought.

Since the accountability office was created last June, it’s received between 119 and 224 employee complaints each month, according to publicly posted data on the VA website. They range from complaints about abuses of authority and wasted funds to whistleblower retaliation and risks to safety. Missal told the Democratic lawmakers that fewer than 20 complaints have been shared with his staff.

Congressional testimonies are covered by federal law that stipulates anyone who “willfully and contrary to such oath states or subscribes any material matter which he does not believe to be true” is guilty of perjury.

O’Rourke, previously the VA chief of staff, has served as acting VA secretary since May 30. He first came to the VA to lead the new Office of Accountability and Whistleblower Protection.

This week, the Senate confirmed Robert Wilkie, a Pentagon official, to be the next permanent VA secretary. It was uncertain Thursday when he would be sworn into the job.