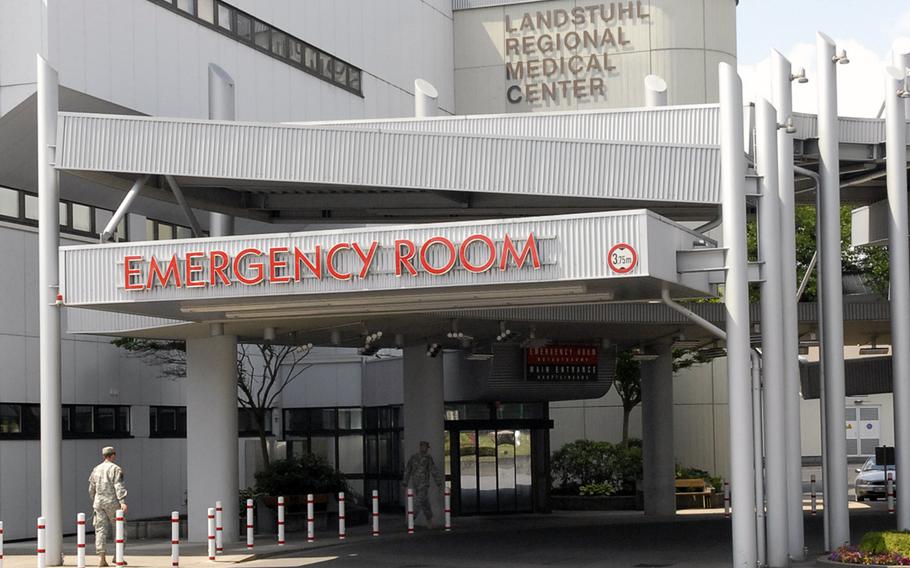 An audit of the largest U.S. military hospital overseas found more than 12,000 outstanding accounts totaling about $4.6 million, the Defense Department Inspector General said in its report. The Pentagon watchdog faulted U.S. Army Medical Command and Regional Health Command Europe Uniform Business Office for not effectively managing the accounts for LRMC and recommended that concerted efforts be made to collect delinquent accounts.

Inspectors looked at whether the hospital properly managed accounts that were more than 120 days delinquent, either by transferring the debt to a collection agency or by actively pursuing collection. They found that the agencies that handle billing for LRMC patients did not do either.

Since the audit, however, inspectors noted that some of these debts have been paid in full or transferred to a collection agency.

They also noted gaps as short as 196 days and as long as 1,064 days between follow-up efforts to collect payments.

In one example highlighted, a patient was discharged on Feb. 15, 2013, with services totaling $40,594. The business office sent the patient a final delinquent debt notice on March 10, 2014. No further action was taken on the patient’s debt until 455 days later, on June 8, 2015, when the office transferred the debt to the U.S. Treasury as a result of the audit, according to the report.

Business office officials said that because LRMC is located in Germany, patients may not receive bills or follow-up notices until after a month after the UBO mails them. They told inspectors that because of limited resources and logistical challenges, the staff was unable to meet the requirements in their follow-up procedures.

Another issue that slowed down efforts to collect outstanding debts was that in some cases, regional health command and LRMC personnel did not obtain and verify patient information necessary for billing, such as complete addresses. For the account valued at $337,845, for example, the patient address was listed as “Fiji Civilian Emergency” and a Social Security number was not listed because the patient was a foreign civilian. The account was deemed uncollectable because of the incomplete address.

The chief of staff of U.S. Army Medical Command told inspectors that Regional Health Command Europe currently has six employees working to resolve delinquent open accounts and anticipates hiring three more employees in coming months. It’s estimated that it will take from 170 to 250 days to clear the existing debt, depending on number of employees working the issue.

Health command officials have also implemented an overtime schedule and are considering a night-shift option to expedite the process.

In September, the business office also began using a new billing and collection service – Armed Forces Billing and Collection Utilization System – which should add more automation to the process, the report said.