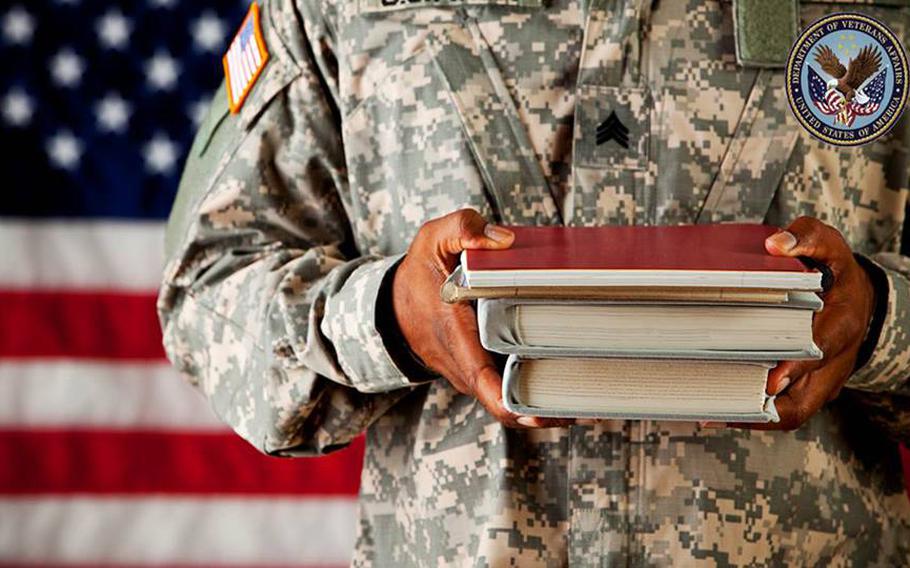 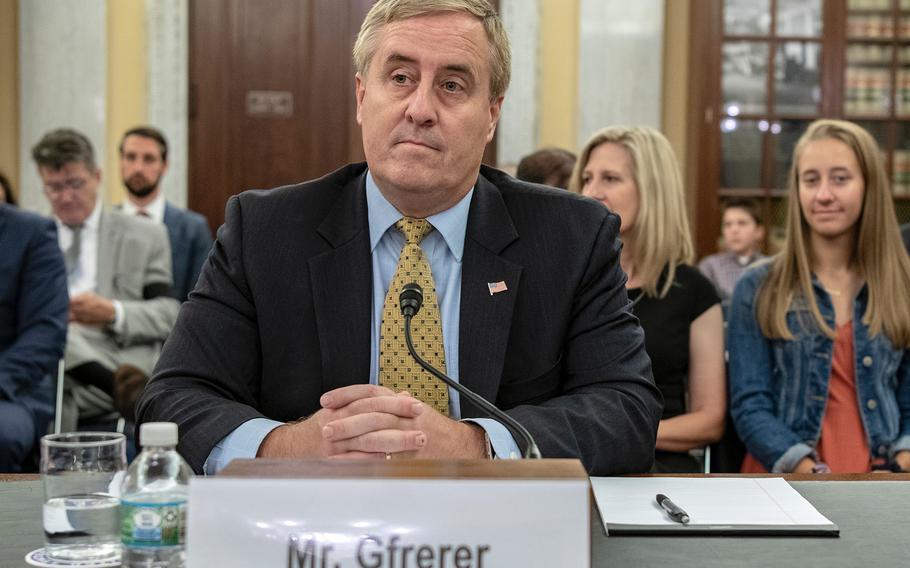 Buy Photo
The VA's Assistant Secretary for Information and Technology James Paul Gfrerer prepares to testify at the start of a Senate Committee on Veterans' Affairs hearing on Wednesday, Sept. 5, 2018, on Capitol Hill in Washington. (Carlos Bongioanni/Stars and Stripes) 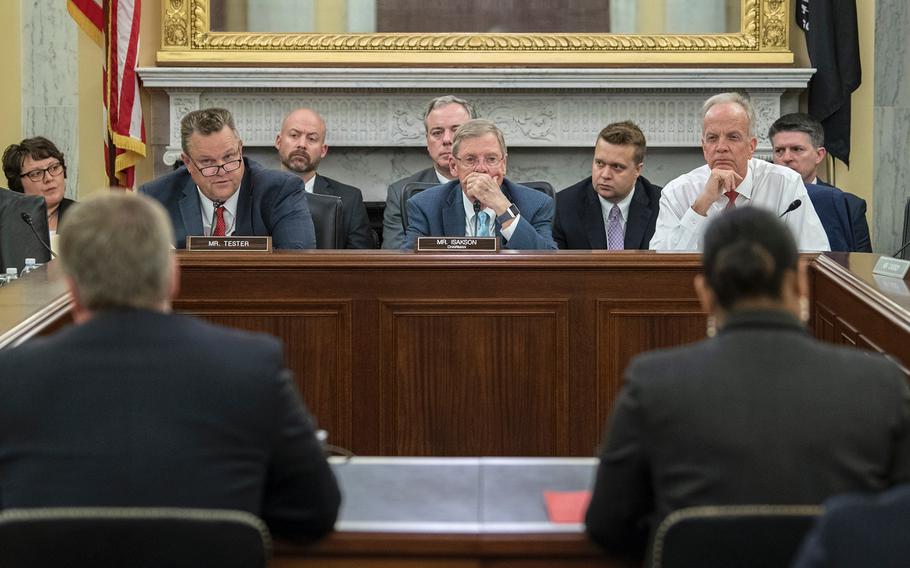 WASHINGTON — Student veterans starting the 2018-2019 school year could receive incorrect housing payments from the Department of Veterans Affairs because the agency missed a deadline to fully implement changes to how the checks are calculated, lawmakers and veteran advocates said Wednesday.

Last year, Congress approved the Forever GI Bill, a major expansion of veterans’ education benefits, and gave the VA until Aug. 1 to establish its 34 new provisions. One of the changes is to calculate veterans’ housing allowances based on the ZIP code of the campus where they attend classes.

The VA failed to meet the Aug. 1 deadline because of problems with the technology required to complete the new calculations. VA officials told lawmakers that they would update the technology by mid-August. As of Wednesday, the new system still wasn’t in place.

“It’s come to my attention that the [VA] has screwed up accountability and responsibility for a Forever GI Bill benefit,” Sen. Johnny Isakson, R-Ga., said Wednesday at a Senate Veterans’ Affairs Committee hearing. “The changes that should’ve been made in information technology weren’t made. The checks and balances we have built into the system weren’t followed.”

Student Veterans of America, which has nearly 1,500 chapters at colleges nationwide, is hearing from members concerned about their payments, said Barrett Bogue, the group’s vice president of public relations.

“I haven’t heard from a critical mass of student veterans who’ve been negatively affected yet, but I have heard from schools and representatives that this is a problem and it needs to be addressed as soon as possible,” he said.

As of Wednesday, the VA was testing the technology needed to implement the change to housing allowances, VA press secretary Curt Cashour said. He did not provide an estimated time for when the issue would be fixed, but said only that “VA will announce a deployment date upon completion of testing.”

“The VA went from saying we’ll have it implemented in mid-August to not providing even a date,” Bogue said. “That’s cause for concern.”

The VA said it was “in process of preparing to notify students and schools regarding the impact to payments. Cashour did not provide an estimate for how many veterans would be affected by the problem.

Since the Forever GI Bill was signed, the VA has implemented 28 of its 34 measures, Cashour said.

“It just so happens one they didn’t is the one that affects the living allowance,” Bogue said. “It’s affecting livelihood.”

Rep. Phil Roe, R-Tenn., chairman of the House Committee on Veterans’ Affairs, promised Wednesday “aggressive oversight” on what he described as a “serious problem.”

The House committee already held two hearings on implementation of the Forever GI Bill, one late last year and another in July. At the July hearing, retired Maj. Gen. Robert Worley II, the VA director of VA education services, said it was a “complex, heavy-lift effort.” The VA hired 200 workers to handle the additional workload.

“It’s troubling to me that VA still has not yet finalized the IT systems needed to fully implement the law, despite having a year to do so,” Roe said Wednesday in a statement. “It is now a month passed the deadline set in the law… and the department’s failure to do so is unacceptable.”

Isakson lamented Wednesday that there was “nobody really to take responsibility” for the delay.

The VA’s chief information officer, Scott Blackburn, resigned in April. At a confirmation hearing Wednesday, the Senate Veterans’ Affairs Committee questioned James Gfrerer, the person nominated to replace him. Gfrerer, a Marine Corps veteran, most recently was a director in cybersecurity at Ernst & Young, an accounting firm.

The Senate committee still must approve Gfrerer’s nomination before it goes to the full Senate for a confirmation vote.

Student Veterans of America is encouraging any veteran who believes they received an incorrect or delayed housing stipend to contact the VA’s GI Bill hotline, at 888-GIBill-1, or the White House VA Hotline at 855-948-2311.