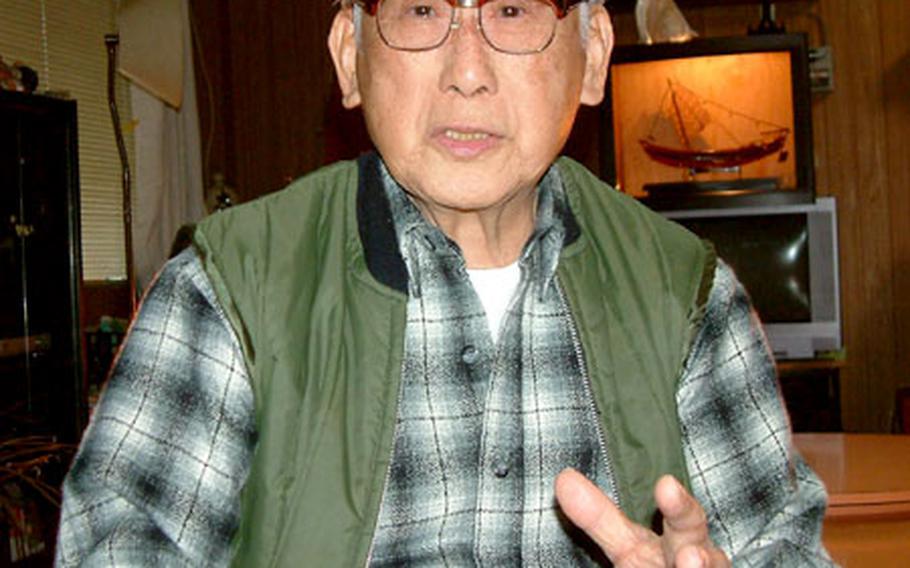 Teruto “Terry” Tsubota, 82, talks about his experiences as an interpreter for American troops during the Battle of Okinawa. (David Allen / S&S)

Teruto “Terry” Tsubota, 82, talks about his experiences as an interpreter for American troops during the Battle of Okinawa. (David Allen / S&S) 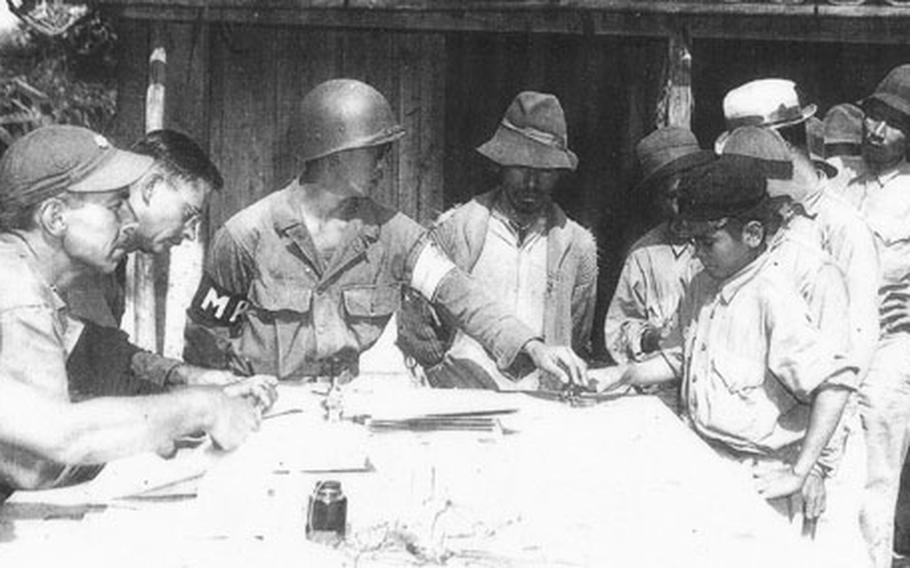 GINOWAN, Okinawa &#8212; When Teruto &#8220;Terry&#8221; Tsubota turned in his rifle after 83 days in the field during the Battle of Okinawa, he also turned in every round of ammunition he had been issued the morning the battle began.

He never fired a shot.

Yet the Hawaii native, a U.S. soldier assigned to a Marine Corps unit, saved hundreds of lives and still is revered on tiny Tsuken Island, off Okinawa&#8217;s northeast shore, as the man who prevented the suicides of scared civilians who were hiding in caves.

Now 82, Tsubota looks decades younger and eagerly guides a visitor on a tour of the memorabilia hanging on the walls of his modest home near Marine Corps Air Station Futenma. Several newspaper articles about his exploits during the battle are framed and displayed beside government documents praising him for saving so many civilians.

They hang next to a picture of Tsubota walking beside President Bill Clinton, Okinawa Gov. Keiichi Inamine and other officials during Clinton&#8217;s 2000 visit to Okinawa.

But he&#8217;s especially proud of a letter of appreciation he recently received from the chairman of the Association of Residents of the Tsuken Community.

&#8220;You have saved a great number of precious lives of the people of Tsuken Island during a time when Japan&#8217;s defeat was almost certain,&#8221; the document states. &#8220;You searched every cave on the island, urging residents to surrender while ensuring their safety. We hereby commend you on your humanitarian act and offer our deepest respect and gratitude.&#8221;

Tsubota disobeyed orders when he was on the island. With a heavy car battery strapped to his back and attached to a portable loudspeaker, he was to stand outside the caves and inform anyone inside to leave before they were torched with flamethrowers or blown up.

At one big cave there was no answer, but Tsubota saw evidence there were people inside.

He heard some explosions nearby.

An officer accompanying Tsubota pointed a gun at his back and ordered him to halt.

He said he stripped to his waist so the people inside the cave would know he was unarmed.

Inside, some people were playing possum, pretending to be dead. They moved only after Tsubota nudged them and urged them to get up.

Saving lives is what Tsubota did for the next three months &#8212; right up to the last day.

For safety, only one person entered the cave while the other two stood guard. Inside the cave, around a narrow corner, Tsubota saw the body of a Japanese officer who had committed suicide. His sword was by his side.

&#8220;I pressed my palms together respectfully and then knelt down to retrieve the sword,&#8221; Tsubota said. That&#8217;s when he felt the tip of another sword at his back.

He encouraged the officer to follow him out of the cave, where the Japanese handed his 400- year-old sword to Tsubota in surrender.

Tsubota stayed on Okinawa after the war, marrying an Okinawan woman who survived the battle carnage in southern Okinawa. They raised three children; he retired from government service in 1993.

And the 400-year-old sword hangs encased on the wall over Tsubota&#8217;s couch.