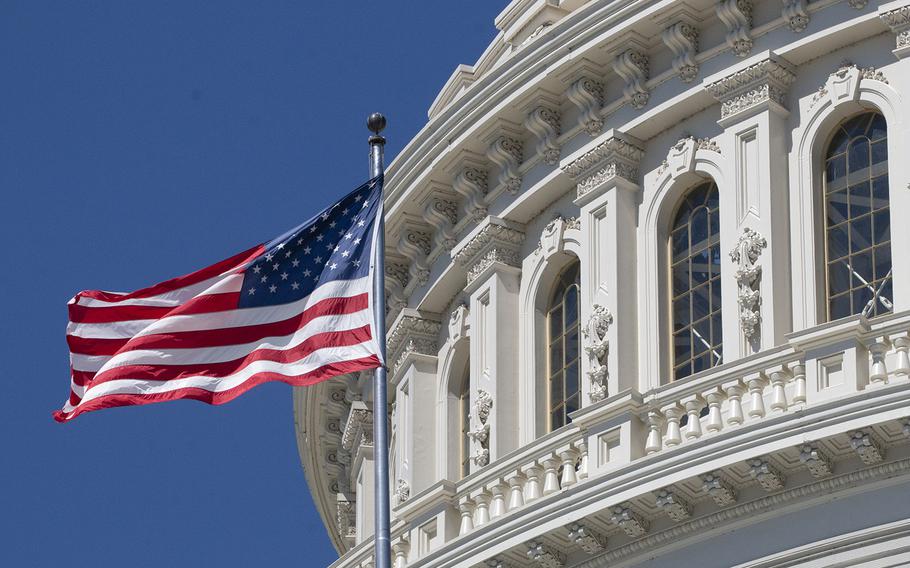 WASHINGTON – Lawmakers are hoping to wrap up congressional negotiations on the final version of its massive defense policy bill that could authorize a 2.6 percent pay raise for servicemembers and an increase in troops and weapons.

House lawmakers said the National Defense Authorization Act, or H.R. 2810, could be poised for a vote in the lower chamber as early as next week.

The moves signal that the 2019 defense bill could be on track for on-time passage by Oct. 1, the start of the new fiscal year.

“This House is committed to rebuilding our military and ensuring our brave men and women in uniform have the equipment and training they need to successfully carry out their mission,” House Majority Leader Rep. Kevin McCarthy, R-Calif., said on the House floor in previewing next week’s plans. “I look forward to another big bipartisan vote.”

With a two-year spending deal that lifts budget caps already in place, mid-term elections this fall and a more experienced administration, lawmakers are eager to pass the 2019 NDAA earlier than in recent years.

Earlier this year, a budget deal allowed Congress to increase defense spending to $716 billion for 2019.

“Prospects, as far as I can tell, it’s pretty good,” said Mark Cancian, a senior adviser with the Washington think tank Center for Strategic and International Studies. “There are no showstoppers. There is agreement on the total budget. And everyone wants to get it done.”

This month, House and Senate lawmakers have met in conference committee to hash out differences in their versions of the next NDAA, which directs policy and spending plans for the Defense Department. Both chambers passed their own version of the plan earlier this year with 2.6 percent pay raises for servicemembers, the largest increase in nine years. Both versions also included troop increases and new purchases of aircrafts, ships, submarines and weapons, and a series of new policy initiatives.

This year’s NDAA appears to build on momentum to grow the size and might of the military in response to China and Russia’s growing capabilities as laid out in President Donald Trump’s $686.1 billion defense budget proposed earlier this year. The request for fiscal year 2019, included an increase of more than 15,000 active-duty troops.

“The House has now voted …to fully fund our military on time for the first time in a decade,” Rep. Mac Thornberry, R-Texas, chairman of the House Armed Services Committee, said Tuesday following passage of the resolutions. “To do anything less is a clear breach of faith with our troops and abdication of Congress’s responsibility under the Constitution.”

The House is racing to get the defense bill on the floor next week since members are slated to leave for their August recess by the end of July. The Senate, however, is slated to be in session next month.

On Friday, lawmakers said they had stripped out of the bill a controversial measure that would reverse a White House effort to come to the aid of giant Chinese telecommunications firm ZTE. While the measure had drawn bipartisan support on Capitol Hill, it was the target of staunch opposition from the White House, providing a potential stumbling block for the bill.

“By stripping the Senate’s tough ZTE sanctions provision from the defense bill, President Trump – and the Congressional Republicans who acted at his behest – have once again made President Xi and the Chinese Government the big winners and the American worker and our national security the big losers,” said Senate Minority Leader Chuck Schumer, D-N.Y.

Meanwhile, other concerns could derail attention given the bill, such as an upcoming debate over Judge Brett Kavanaugh, Trump’s nominee for the Supreme Court.

“It does put pressure the House” to get the defense policy plan done this upcoming week, Cancian said. However, “they will be back in September and the House is traditionally not the problem. So even if the House doesn’t quite get it done, once they get back they can move pretty quickly as long as the Senate is able to get the job done.”

Lawmakers, who have been in a race to pass defense policy and spending plans on time this year, have said the NDAA could win final congressional passage this summer.

However, the NDAA still needs companion legislation that actually appropriates the funding and there are some concerns that lawmakers still won’t make it in time to fund the 2019 fiscal year Oct. 1.

Last month, the House passed its defense appropriations measure, H.R. 6187, in a vote of 359 to 49. The Senate has yet to debate the matter. This, as the White House has threatened a government shutdown if money isn’t appropriated for a border wall along the U.S.-Mexico border.

In such a case, it’s possible lawmakers might be looking at another temporary funding measure, which is known as a continuing resolution.

The funding “will be a little more challenging,” Cancian said. “I don’t think the (appropriations) bill is quite as ready as the NDAA. And the time is getting short.”