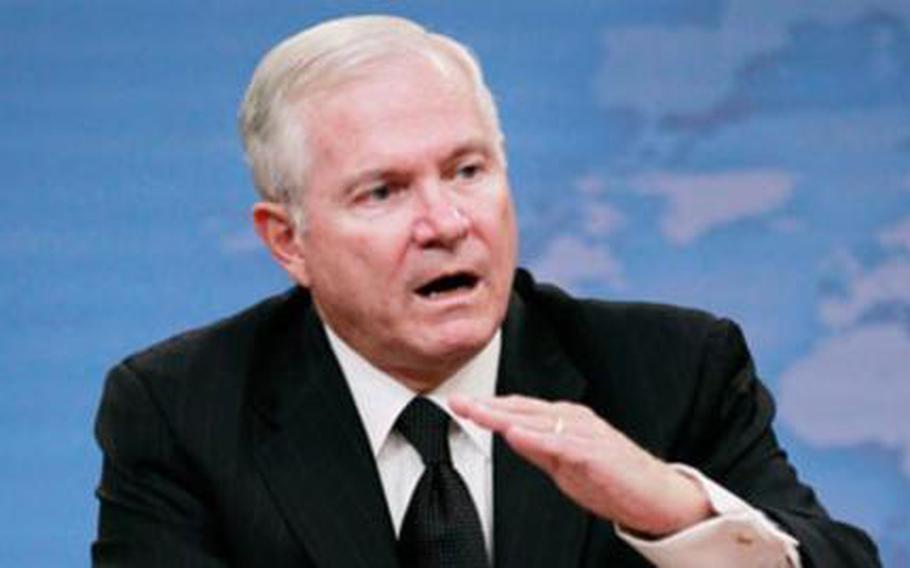 WASHINGTON &ndash; Pushing back against characterizations made in a new book that the White House was riven by infighting over Afghan war strategy last year, Defense Secretary Robert Gates and Joint Chiefs of Staff Chairman Adm. Mike Mullen said Thursday that the U.S. strategy is sound and that President Obama&rsquo;s national security team is unified in carrying it out.

&ldquo;The relationship among senior officials in this administration is as harmonious as any I&rsquo;ve experienced in my time in government,&rdquo; Gates told Pentagon reporters. &ldquo;Presidents are always well served when there is a vigorous and spirited debate over important issues.&rdquo;

The nation&rsquo;s two top defense leaders refused to address specific passages from &ldquo;Obama&rsquo;s Wars,&rdquo; the new book by Bob Woodward of the Washington Post, saying they had not yet read it.

According to accounts of the book by reporters who have seen advance copies, Obama and many of his political aides were pitted against some of his chief military advisors, including Mullen and Gen. David Petraeus, during last autumn&rsquo;s heated debates over expanding or contracting the Afghan war effort.

Obama demanded an exit strategy from his military leaders, Woodward wrote, and the president refused to consider any large and indefinite escalation of the war, although he did agree to a temporary surge of 30,000 additional troops. The White House has insisted that some of those American soldiers will begin to be withdrawn next summer.

&ldquo;We&rsquo;re not going to be having a conversation about how to change [the mission] . . . unless we&rsquo;re talking about how to draw down faster than anticipated in 2011,&rdquo; Obama told Gates, Mullen and Petraeus, according to Woodward&rsquo;s book.

Gates termed the internal debate over Afghanistan &ldquo;instructive&rdquo; and said that he adjusted his positions as a result of the process.

&ldquo;My view is once the president made his decisions last December, everybody at the senior level was on board,&rdquo; Gates said. &ldquo;That continues to be the case.&rdquo;

Senior Obama advisers such as Vice President Joe Biden, national security adviser Gen. Jim Jones and other generals reportedly sniped over personal differences and Gates even threatened to walk out of one meeting after taking offense at disparaging comments about a general made by an Obama deputy, Woodward reported.

Gates said Thursday that he had agreed to an interview with Woodward because the author&rsquo;s questions, submitted in advance, were more about the tone and atmosphere of the debate, which Gates already had spoken about publicly.

&ldquo;I think I was probably the last person he spoke to,&rdquo; Gates said. &ldquo;We didn&rsquo;t get into any specific issues.&rdquo;

Woodward first earned fame for his Washington Post reporting on the 1970s Watergate scandal that took down Richard Nixon&rsquo;s administration. His latest book comes on the heels of four previous books in the &ldquo;Bush at War&rdquo; series, for which he was granted significant access to President George W. Bush, his cabinet members, generals and key advisers.