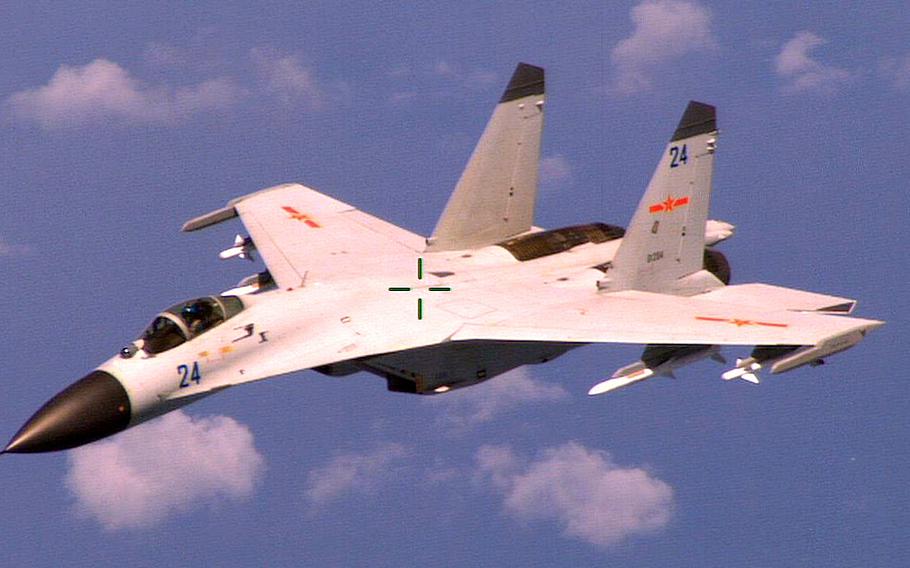 WASHINGTON — The Chinese have now deployed the largest number of fighter jets ever to Woody Island, one of the disputed South China Sea islands that they claim is their territory, a U.S. defense official said Wednesday.

China moved 16 Shenyang J-11 advanced fighter aircraft to Woody Island on April 7, said the defense official, who requested anonymity because he was not authorized to discuss the issue publicly. He said such a large deployment was “unprecedented,” though it’s not the first time China has sent fighter jets to Woody Island, the largest landmass in the Paracel Islands, which are situated in the hotly disputed South China Sea region.

Positioning military aircraft on the island seems to contradict Chinese President Xi Jinping’s vow not to militarize the South China Sea, a statement he made while visiting Washington, D.C. in February.

U.S. officials have said such deployments, alongside the aggressive buildup of manmade islands throughout the South China Sea, threaten stability in the region. They have repeatedly called for China and other countries that claim disputed territory in the South China Sea, a key international shipping route, not to militarize the land in the area.

Defense Secretary Ash Carter is now in the Philippines, where he will visit bases that the United States considers critical to countering Chinese aggression in the region. The bases are about 100 miles east of the contested Spratly Islands, where China has used some 2,000 acres of landfill to bolster once-submerged reefs into islands.

Carter said the United States will invest in and deploy rotational American troops to the Philippines bases.

“It is important for all of the nations – China, the Philippines, Vietnam, others – not to engage in any unilateral steps of reclamation, of building, of militarization,” Secretary of State John Kerry said in February. “The fact is that there have been steps by China, by Vietnam, and by others that have unfortunately created an escalatory cycle.”

Woody Island has been under Chinese control since the 1950s, but it is also claimed by Taiwan and Vietnam. China first built a runway capable of handling various military aircraft, including advanced fighter jets, in the 1990s. It expanded the runway in 2014.

The Pentagon has confirmed smaller-scale deployments of Chinese fighters to Woody Island in the past, including in November 2015 and more recently in February.

New information obtained by Pentagon officials suggests China could be further building up its military on Woody Island.