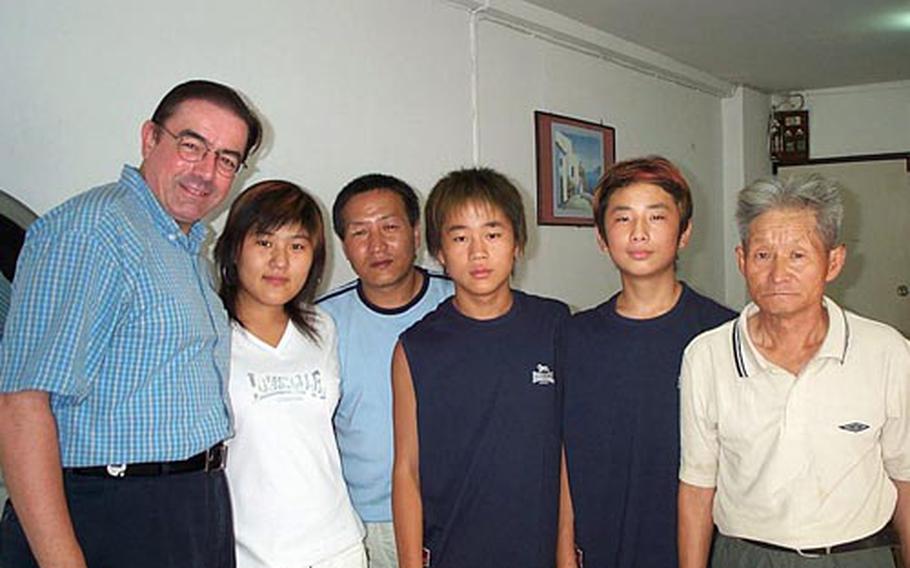 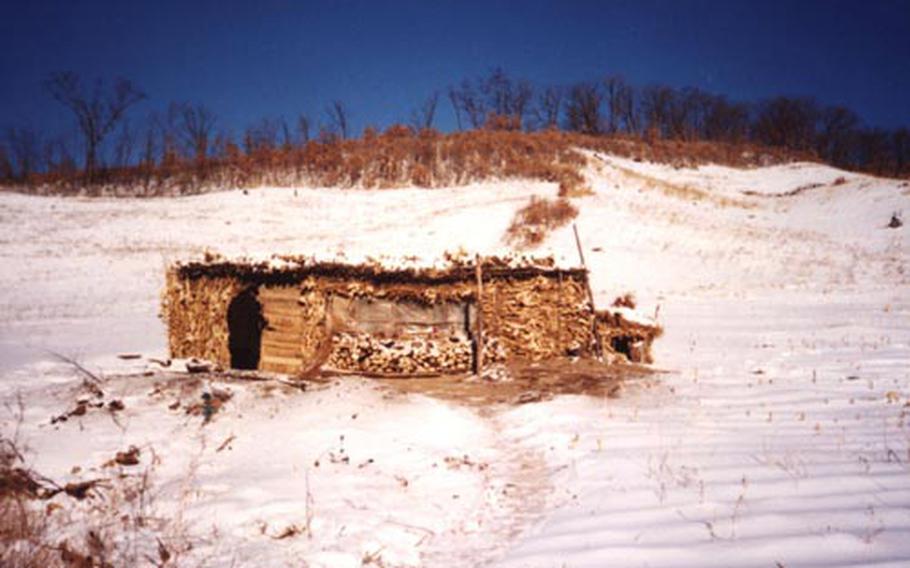 A crude shelter in the mountains of China illustrates the accommodations many North Korean refugees face when fleeing their country, according to Peters. (Helping Hands Korea)

SEOUL &#8212; Tim Peters said he came to South Korea in 1996 to help feed the North Koreans. But before long, his interest shifted to helping free those who wanted to flee from the repressive communist nation.

Peters, who at times has faced criticism for controversial religious affiliations, has testified before Congress three times about the plight of North Koreans.

He founded Helping Hands Korea, which he describes as a "mom-and-pop Christian" nongovernmental organization, to help feed starving North Koreans.

The "ton-a-month" organization made headlines with its efforts to send corn and grain bought in China to the North. But Peters said he began to worry about who was actually getting the food he was sending.

Peters, frustrated and seeking better methods for getting the food into North Korea, began to travel to China, where he gradually became aware of the number of North Korean refugees there who needed help.

In 1998, HHK began providing financial and logistical aid to North Koreans fleeing their country through China via an "underground railroad" &#8212; a network of volunteers who provide them food and shelter.

He said his role is raising funds and recruiting new members to help, along with raising public awareness of the North Koreans&#8217; plight.

Peters said the network is sheltering about 150 refugees in safe houses near the China-North Korea border, and over the past 10 years has aided more than 1,000 refugees.

He said the group also helps refugees leave China if they want.

He declined to offer many details about the organization&#8217;s work in China because of the country&#8217;s forcible repatriation of any North Korean defectors. That policy makes his work necessary, Peters said.

He did say that Helping Hands does not assist North Koreans in defecting.

"We help them when they defect," he added.

Peters said the organization doesn&#8217;t have the resources to shelter everyone they&#8217;d like to, so priority goes to those who would be tortured or killed if they returned to North Korea, those with medical conditions and pregnant women.

The latter, Peters said, often are forced to have abortions when they return to North Korea because the fathers of the children tend to be Chinese, and North Korea wants to keep its bloodlines pure.

Peters&#8217; work has led to much media exposure, but not all of it has been complimentary. Some have questioned Helping Hands&#8217; financial transparency, saying the organization does not provide a public accounting of where donations are spent.

Peters said donors who ask are given the information, but he can&#8217;t "broadcast it" because of the nature of the work, which is illegal in China.

Peters was also linked to a controversial religious movement called Children of God, which also has been called Family of Love, the Family, and Family International.

The movement has made headlines since it was founded in the late 1960s with periodic allegations of prostitution, child abuse and abductions.

Peters said he once was a member of the movement, "where I first came to know Jesus Christ."

But he said he left the group in 1996 shortly before coming to South Korea and starting Helping Hands.

He declined to say why he left the group, saying he didn&#8217;t wish to get into "mudslinging."

Helping Hands was once partnered with the Family Care Foundation, which Peters said helped him collect donations from the United States.

He said he ended his partnership with that Christian group early this year because Web-based criticism of the foundation, and his connection with it, was "highly distracting."

Despite that, he had nothing but good things to say about the foundation, describing their work with him as "highly exemplary."

He said he received 100 percent of donations the group had collected for Helping Hands.

"I dare anyone to find that kind of policy somewhere else," Peters said.

Peters said he hopes to eventually see an end to the repressive regime in North Korea and a reunification with the South.

In the meantime he plans to continue helping North Koreans who "vote with their feet" by escaping the country.