Decision on Lakenheath road's future due by December 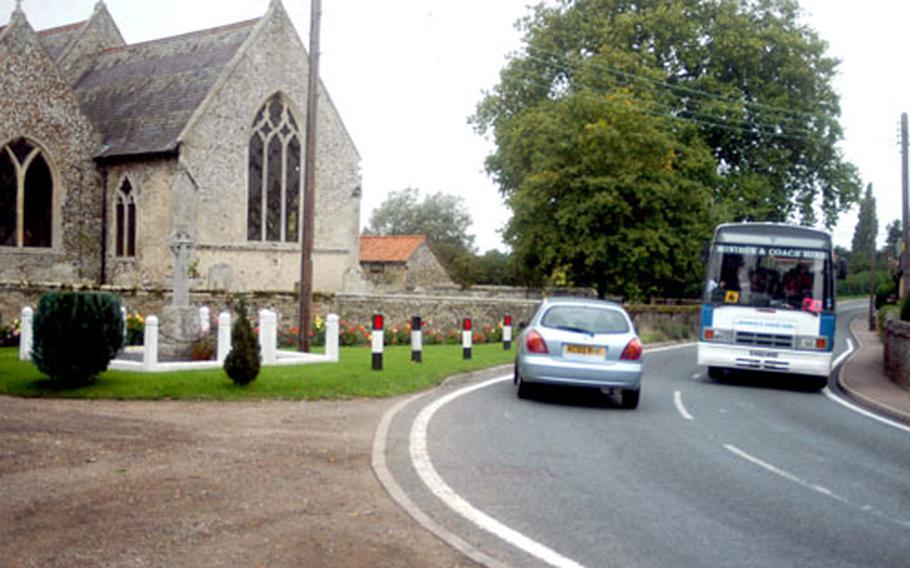 Traffic has increased through the village of Eriswell since the road known as Lord&#39;s Walk was closed. The road divides RAF Lakenheath and was considered a security risk after the terrorist attacks of Sept. 11, 2001. (Ron Jensen / S&S)

ERISWELL, England &#8212; The future of a closed road that bisects RAF Lakenheath will be decided before Dec. 1, according to a local politician.

The road, Lord&#8217;s Walk, was closed days after the Sept. 11, 2001, terror attacks because the Ministry of Defence declared it a threat to base security.

But local residents complained that the closure disrupted traffic flow and their lives, prompting a public hearing in July. The hearing was led by an independent inspector named by the secretary of state for transport&#8217;s office.

Harry Spencer, a parish councilor in Eriswell, said he has received a letter from the British government&#8217;s office in eastern England promising a decision by Dec. 1 to either open the road or close it permanently.

While residents await the final decision, traffic continues to rumble through Eriswell in unprecedented numbers &#8212; forced through the ancient village of about 170 people and centuries-old buildings by the road&#8217;s closure.

Coombe said he does not allow his 10-year-old son to walk through the village, which stretches along the narrow, winding road.

Where once an occasional car or truck would pass, the traffic is now nearly constant, Coombe and Spencer said, watching from a 1,000-year-old pub called The Chequers.

Lord&#8217;s Walk allowed traffic to slip through RAF Lakenheath to reach highway A1065. Now, much of that traffic &#8212; including trucks, buses and many Americans in cars &#8212; travels through Eriswell.

At the hearing, the inspector heard from the Ministry of Defence, the U.S. Air Force, local councils and citizens. The Air Force offered a report saying a terror attack would affect large numbers of people if it were made from Lord&#8217;s Walk, which is near the elementary school, youth center and housing office, among other facilities.

Local residents, however, say the base is just as vulnerable from other roads that border the base, including A1065, a busy two-lane highway.