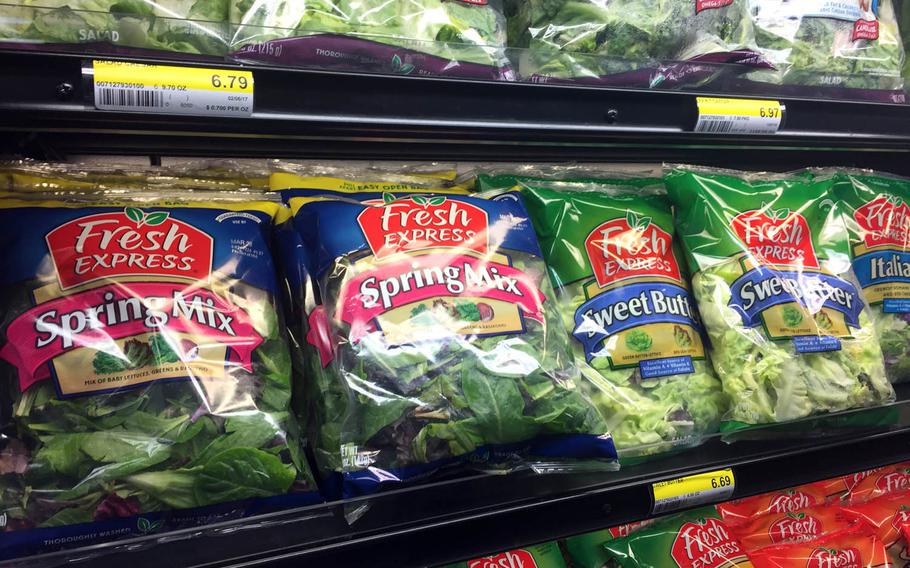 Customers should start seeing lower prices next month when the U.S. government begins picking up the tab for shipping the produce from the States, DeCA spokesman Kevin Robinson recently told Stars and Stripes.

Shoppers have been paying shipping costs under a contract DeCA negotiated two years ago with distributors in Guam, Japan and South Korea.

The goal of that contract, which saved DeCA more than $8 million, was to encourage suppliers to source products locally, Robinson said. But when reasonably priced bagged salads couldn’t be found near bases, distributors continued to ship them from the U.S. and passed the cost along to customers.

During the contract, which ends in April, Pacific commissary prices for fresh produce increased 7.2 percent, and the cost of bagged salads rose 150.3 percent, a recent Inspector General report said. Some bagged salads cost nearly $7 recently at Kadena Air Base on Okinawa.

The change comes after the first in a series of audits of Pacific commissary produce prices sparked by customer complaints.

Recent commissary customers at Kadena said the groceries there weren’t as good as they are used to back in the U.S.

Another shopper, Emily Masucci, said she wished the commissary produce was the same price as off-base shops.

“It’s such a pain going to a bunch of different places,” she said. “One of many reasons why I miss the States. You can do all your grocery shopping in one place.”

Such issues are being addressed, Robinson said.

“DeCA has assigned additional agency representatives to commissaries in the Pacific to review the quality and pricing of products and to work with the contractor and our stores to ensure our patrons get the best product available,” he said.