DeCA to shut down commissary distribution center in U.K. 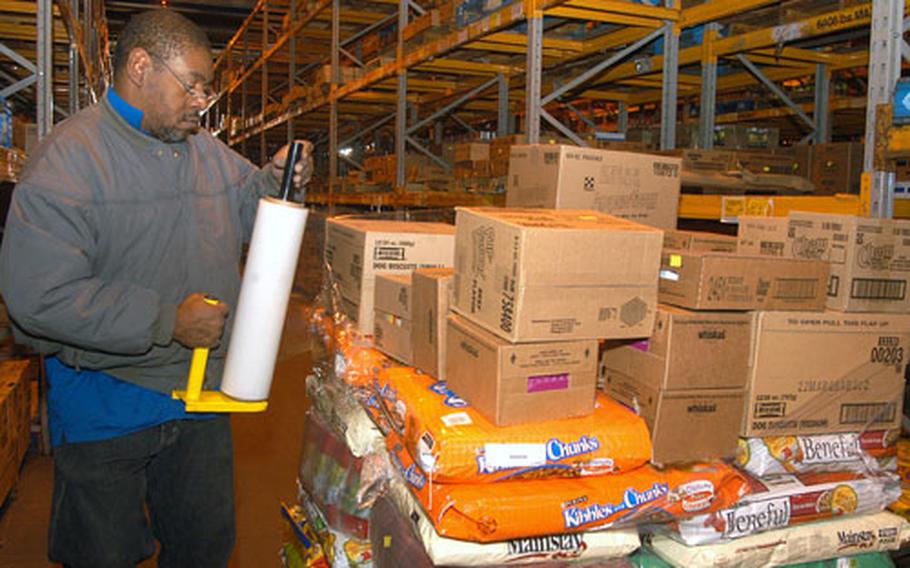 Ernest Bradley, a motor vehicle operator, wraps up a crate of dog food inside the Lakenheath Commissary Distribution Center, which is slated to shut down on Feb. 18. Bradley, along with other employees are unhappy with the upcoming closure. (Sean Kimmons / S&S)

Ernest Bradley, a motor vehicle operator, wraps up a crate of dog food inside the Lakenheath Commissary Distribution Center, which is slated to shut down on Feb. 18. Bradley, along with other employees are unhappy with the upcoming closure. (Sean Kimmons / S&S) 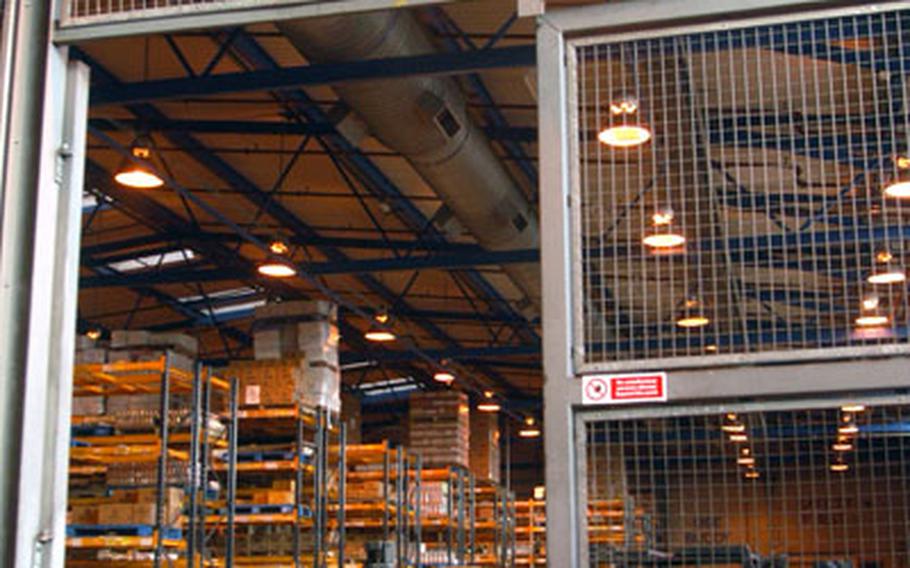 The Germersheim Commissary Distribution Center in Germany will eventually take on the duties of the Lakenheath distribution center when it shuts down later this month. (Sean Kimmons / S&S)

RAF LAKENHEATH &#8212; A commissary distribution center that delivers nonperishable goods to U.S. military bases in the United Kingdom is slated to close later this month as it reroutes its duties to a larger distribution site in Germany.

The Defense Commissary Agency decided to shut down the 55,000-square-foot warehouse behind RAF Lakenheath&#8217;s commissary and use the center in Germersheim, Germany, one of its premier European distribution sites, instead, according to a DeCA spokeswoman.

Most of the original 45 employees have found other jobs in the U.K., Germany and the U.S., said facilities manager William Driskell.

Another motor vehicle operator, Ernest Bradley, agreed that the closure was not the best route, even if he has secured a new job at the Lakenheath commissary.

The center workers, mainly warehouse personnel, were formally notified of the closure in November, but speculations have floated around for the past year, employees said.

DeCA has helped employees find jobs, but some still grumble because they are being offered lower wages and undesired locations.

The Germersheim distribution center will eventually transport products such as canned goods, cereal, cookies, pastas, and paper products to U.K. sites when the Lakenheath center closes on Feb. 18. The Kaiserslautern distribution center already handles chilled and frozen goods, as well as meats for the U.K.

&#8220;These locations are completely capable of supporting the U.K. not only up to the level the U.K. customers have come to expect, but even better, due to the larger variety of product stored in these two facilities,&#8221; DeCA spokeswoman Gerri Young wrote in an e-mail.

Driskell suspects that the change could better suit U.K. customers, since the Germersheim site is at least 10 times bigger and has about 1,000 more products.

The commissary will use the distribution center for extra warehouse space when it shuts down.