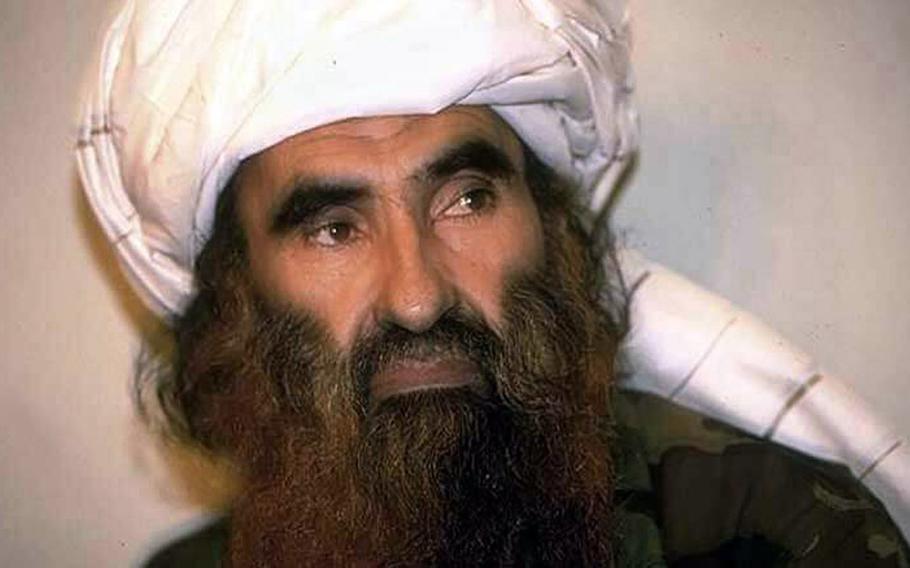 Image released by the Taliban of Jalaluddin Haqqani, founder of the Haqqani network, on May 25, 2016. (Tp/Ropi/Zuma Press/TNS)

KABUL, Afghanistan — The founder of the Haqqani network, an insurgent group known for high-profile attacks on both military and civilian targets in Afghanistan, has died after a long illness, according to a Taliban spokesman.

Jalaluddin Haqqani, once called “goodness personified” by U.S. politicians who backed him in his battles against the Russians in the 1980s, founded a Taliban-linked organization responsible for some of the insurgency’s most heinous attacks, including the 2017 truck bomb blast near the German Embassy in Kabul that killed 150 and injured 413.

After the U.S. toppled the Taliban government in 2001, Haqqani served as the network’s military commander. He is believed to be among the first insurgents to adopt the tactic of suicide bombings, once seen as dishonorable among Afghan fighters, journalist Steve Coll wrote in the book “Directorate S,” which chronicled CIA activity in Afghanistan and Pakistan after 9/11.

In 2005, Haqqani refused a position in government from Afghan President Hamid Karzai, whom Haqqani sought to kill.

Haqqani’s son, Sirajuddin Haqqani, currently leads day-to-day operations for the network, which seeks to expel U.S. and coalition forces. The younger Haqqani is also one of the key deputies to the Taliban’s supreme leader.

The network is run out of northwest Pakistan, where it retains the backing of elements of Pakistan’s security establishment, according to the Institute for the Study of War, a nonpartisan research group. Pakistani officials have denied backing the Haqqani network.

The Defense Department has taken final steps to cancel $300 million in aid once earmarked for Pakistan “due to a lack of Pakistani decisive actions in support of” the U.S. efforts to end the Afghan conflict, Pentagon spokesman Lt. Col. Kone Faulkner said Sunday, according to The Associated Press.

Meanwhile, the U.S. confirmed Monday that an Aug. 25 airstrike in eastern Nangarhar province killed the leader of the Islamic State in Afghanistan. The statement from NATO’s Resolute Support mission followed after the Afghan government said last week that Orakzai, also known as Abu Saad Erhabi, and nine other terrorists had been killed in a U.S. strike.

It marks the third time U.S. forces have killed a leader of ISIS in Afghanistan since 2016, according to a NATO Resolute Support statement.

“America and her allies are in Afghanistan to maintain pressure on the networked, trans-regional terrorists attempting to plot, resource and direct attacks from here,” U.S. Army Gen. Scott Miller, the new commander of U.S. and NATO forces in Afghanistan, said in a statement. “This is only part of the coalition’s work toward an Afghan security solution, but it is a vital part.”