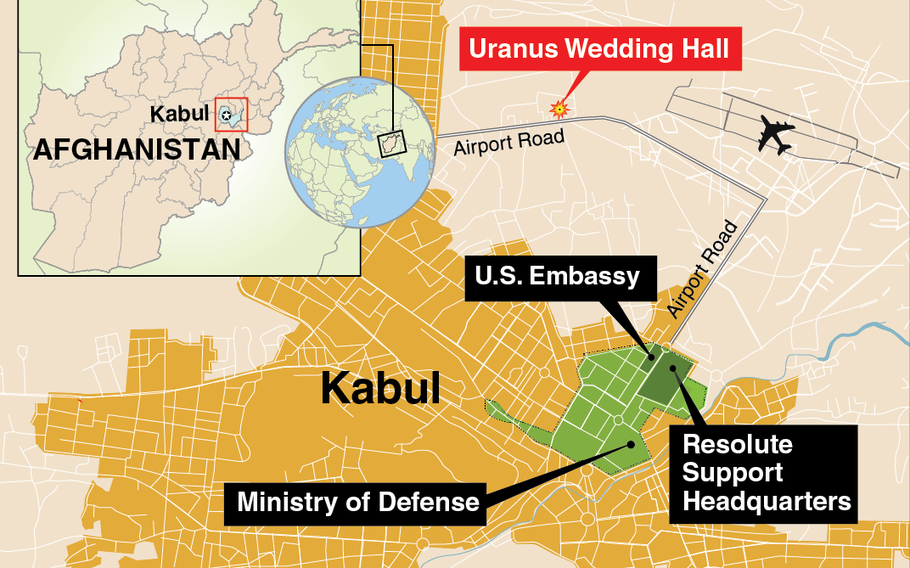 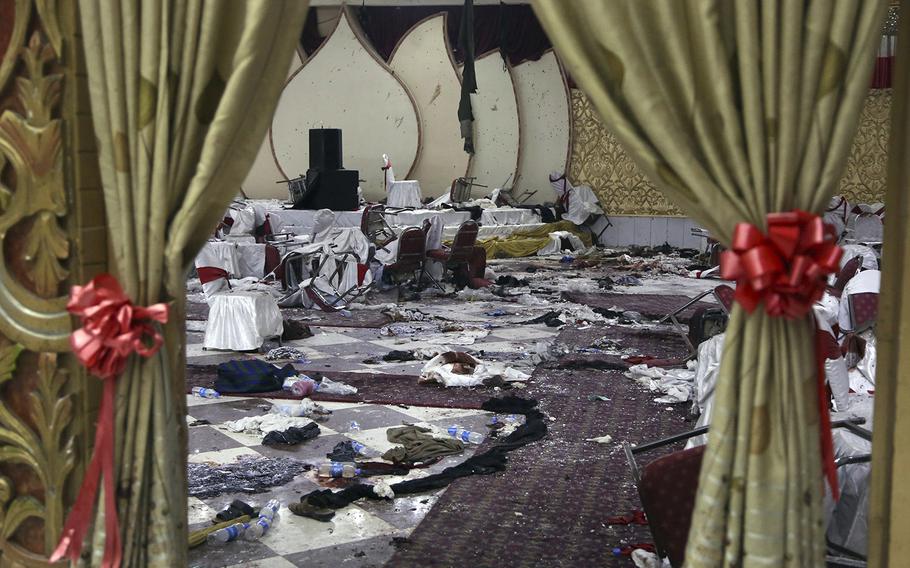 The inside of the wedding hall in Kabul, Afghanistan, is seen Wednesday, Nov. 21, 2018, a day after a suicide attack. (Rahmat Gul/AP) 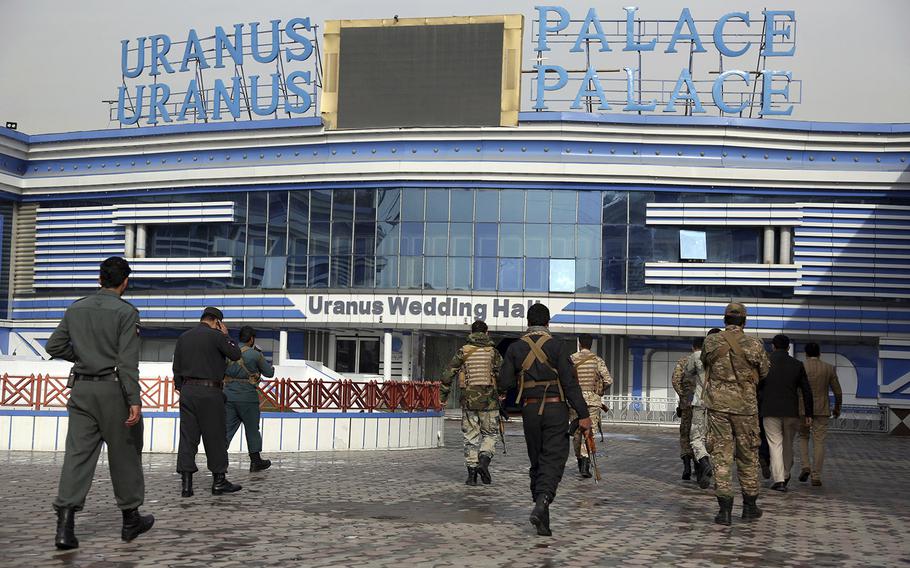 KABUL, Afghanistan — The death toll from a bombing of religious scholars celebrating the birthday of the Prophet Muhammad in the Afghan capital has continued to rise in the 24 hours since the attack, while the Taliban has denied responsibility.

The attack took place at the Uranus Wedding Hall, a colorfully lit complex about two miles away from the Kabul airport, where U.S. troops are stationed.

Hundreds of religious scholars had gathered at the hall to celebrate the Muslim prophet’s birthday when a suicide bomber walked in and blew himself up during a reading of the Quran from beginning to end, Interior Ministry spokesman Najib Danish said.

A video of the attack circulated on social media showing scholars listening intently over words from the Muslim holy book before an orange flash appears on screen. A bang and the sounds of people rushing from the scene follow.

An investigation into the incident remains ongoing, police spokesmen said.

No group has claimed the attack, which the Taliban denounced in a statement.

It was the first major attack in Kabul since an Islamic State suicide bomber struck a wrestling gym in September, killing as many as 30 people.

The latest bombing fits the profile of previous attacks by the local ISIS affiliate, which began operating in the country’s east in late 2014 and has staged several high-profile attacks, mainly in Kabul and its strongholds in Nangarhar province.

In recent years, U.S.-trained and supplied Afghan forces, backed by American special operations troops, have battled both a rising Taliban insurgency and the ISIS offshoot, which is known as ISIS-Khorasan province, or ISIS-K.

Both groups seek to overthrow the U.S.-backed Kabul government and impose hard-line Islamic rule, but they are bitterly divided over leadership, ideology and tactics, and have battled each other.

In June, ISIS-K claimed a suicide bombing at a gathering of top clerics in the capital, known as the Afghan Ulema Council, which had issued a decree against suicide attacks and called for peace talks.

The Taliban denounced the gathering, but denied carrying out that attack, which killed at least seven people and wounded 20.

The U.S. military has been unable to determine how many Islamic State cells operate in Kabul, the Pentagon’s Inspector General said in a report released earlier this week. U.S. officials who once touted kill counts and offered estimates of the size of the group have declined to do so in recent months.