Dearth of dumbbells an unexpected result of more troops in Afghanistan 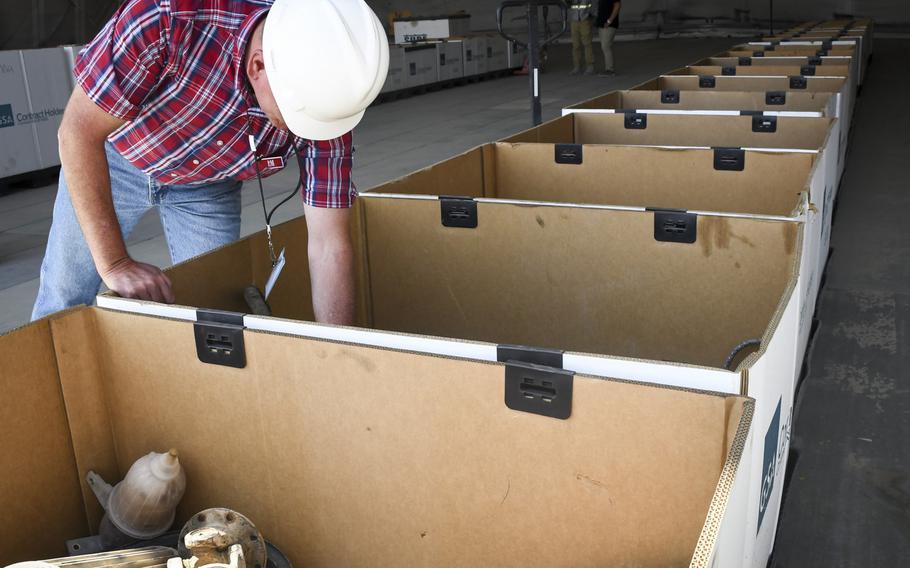 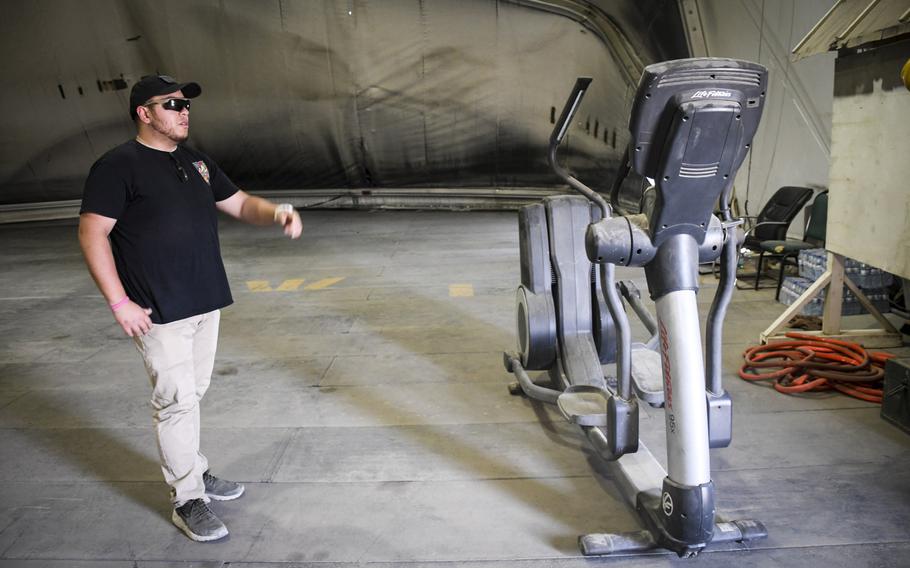 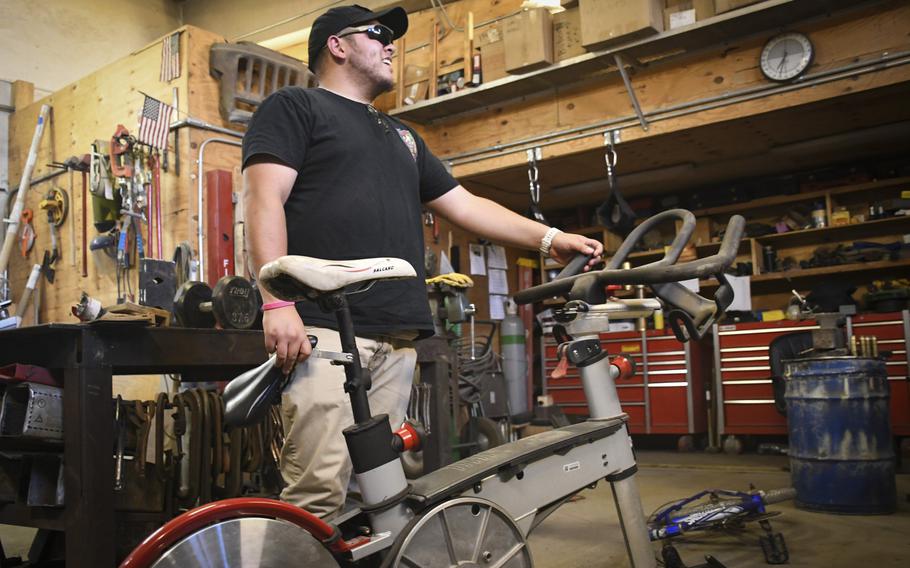 Buy Photo
Don Baumgartner, director of Morale, Welfare and Readiness for Area Support Group-Afghanistan, picks up a spin bike he had repaired after finding parts at a scrapyard at Bagram Air Field, Afghanistan. (J.P. Lawrence / Stars and Stripes)

BAGRAM AIR FIELD, Afghanistan – Dom Baumgartner’s part to play in the Afghan War effort has him hunting through mounds of rusty scraps and breathing a fine layer of desert dust on a sizzling August afternoon.

Baumgartner, who oversees Morale, Welfare and Recreation for troops in Afghanistan, arrived after receiving a key piece of intelligence — someone left a dirty but functional elliptical machine in the Bagram scrapyard.

There are about 3,500 more troops deploying as part of the Trump administration’s strategy, and while they’ll have all the guns and ammunition they’ll need, their bases lack the amenities they had in years past. It’s especially true for servicemembers heading to two bases in Afghanistan that closed after a drawdown of U.S. troops four years ago.

“Here in Bagram, we have lots of facilities, contractors running everything, lots of activities, lots of stuff to do, lots of gyms, but some of these (smaller bases) have nothing,” Baumgartner said. “You boost the morale of the troops in all these outlying locations, you boost their productivity.”

The need for equipment goes beyond entertainment. The military spent between $5 billion and $7 billion taking troops and materials out of the country during the 2014 drawdown, according to U.S. Central Command.

Essential equipment, such as secure communications gear, is now being flown in rapidly to bases that haven’t been used in years. It services an influx of troops that arrived between April and June, the first quarter the U.S. has had full use of additional servicemembers and assets, according to a recent Lead Inspector General report to Congress.

Squat racks and video games? Those come slower. An order for gym equipment from 2016 arrived at Bagram just a few weeks ago, Baumgartner said.

More new equipment should be arriving in country this fall, but until then Baumgartner has resorted to an ad hoc scrounging process, finding one set of dumbbells here, digging up an ab machine there.

Baumgartner said his priority is sending gym equipment to Camp Dahlke West, part of a once-closed base that now hosts troops from the 1st Security Force Assistance Brigade and a cavalry unit. The base is part of Camp Dahlke, formerly known as Forward Operating Base Shank, which closed in 2014.

Dahlke West is in Logar province near the Tangi Valley, an insurgent stronghold where a Chinook helicopter was shot down in 2011, killing 30 Americans and multiple Afghans. The base has grown in recent months, with recent construction including an expanded flight line and hardened living quarters.

“When we got here there was not much built. And so, in a month and a half, everything has been expanded rapidly,” said Capt. Amar Arias, commander of a unit that provides base support at Dahlke West, in a statement in May.

Baumgartner has had to buy more stuff for break rooms and gyms as more soldiers move into Dahlke West. He also ordered 10 more TVs and 10 more Playstations for various bases a month ago.

He’s had some luck finding exercise equipment at the FRE yard, a scrapyard officially known as the Forward Retrograde Element.

Inside a hangar-like building, two lines of large white boxes contain piles of assorted junk: fire extinguishers, wrenches, ammo cans, an old TV. Contractors sift through material left behind by units leaving Bagram and place what’s reusable into the FRE yard. People can come to the yard and take what they want from what resembles a particularly austere yard sale.

“One man’s junk is another man’s treasure, and that plays out every day here,” said Mark McRae, who works at the FRE yard. “People come in, just to see what we have, and they’ll pick up an item, and all they have to do is sign a hand receipt for it, and it’s theirs.”

The yard, which is six years old, had its heyday during the drawdown, when hundreds of contractors worked around the clock processing stuff left behind by departing troops, said McRae, a civilian with the 495th Combat Sustainment Support Battalion.

At the FRE yard, McRae directed Baumgartner to the rumored elliptical machine. Baumgartner said he’s been able to send a rowing machine, some dumbbells and a dumbbell rack to Dahlke West.

Baumgartner then drove to a welding shop at Bagram. He recently found a spin bike with a broken seat and had another bike seat welded onto it. He said he may be able to send this spin bike to soldiers on an outlying base.

“No one really expected there would be this population boom,” Baumgartner said.