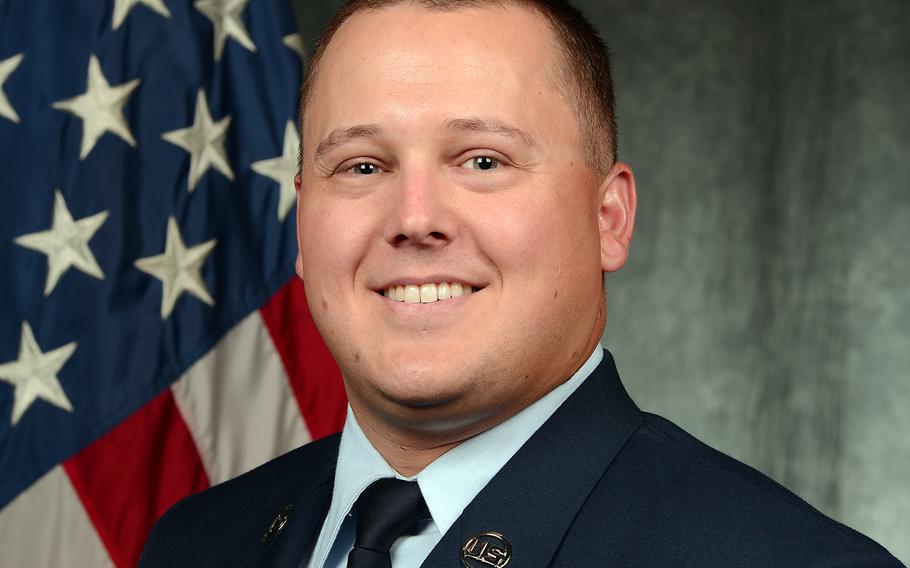 Air Force Staff Sgt. Justin Vandervort, assigned to Spangdahlem Air Base, Germany's 52nd Medical Operations Squadron, was found unresponsive on autobahn A60 near the base, and declared dead at approximately 2:20 p.m. on July 31, 2018. (U.S. Air Force)

Vandervort was a 29-year-old medical technician from Orange, Calif., who had served in the Air Force since May 2009. He was currently filling a special-duty position as a first-term airman course instructor.

Vandervort was found on the A60 autobahn near Spangdahlem Air Base and declared dead at about 2:20 p.m. on Tuesday, according to a base statement. Officials did not clarify whether he was in a vehicle at the time.

The cause of death remains under investigation, a base official said Thursday morning.

Vandervort is survived by his wife, Zena Vandervort, and his parents, Tamara Ports and Rocky Vandervort.

“Each and every person on this wing is a tremendously valuable member of Saber Nation,” Col. Jason Bailey, 52nd Fighter Wing commander, said in a statement Thursday. “This loss affects the entire Spangdahlem community. Our thoughts and prayers are with his family, friends, and wingmen. We are doing everything possible to support them during this difficult time.”