Dead soldier's family wants to keep in touch with his comrades 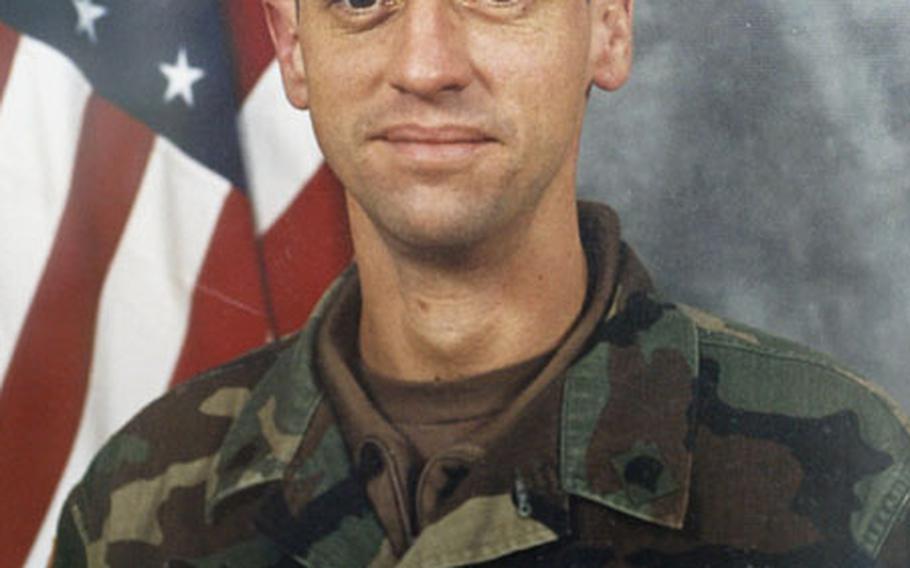 Army Spc. William J. Maher III, 35, of Yardley, Pa. seen in an undated family handout, who was assigned to Headquarters and Headquarters Company, 1st Battalion, 36th Infantry Regiment, 1st Armored Division, based at Ray Barracks, Germany, was killed by an explosive device while traveling in a convoy in Iraq on Monday, the Defense Department said Tuesday July 29, 2003. ()

Maher, assigned to Headquarters and Headquarters Company, 1st Battalion, 36th Infantry Regiment based at Ray Barracks in Friedberg, Germany, died Monday in Baghdad when guerrillas on an overpass attacked his convoy, dropping an explosive device into the soldier&#8217;s Humvee. Three other soldiers were injured.

Maher came from a long tradition of military service. His father, William J. Maher, 61, was a Marine; his father&#8217;s father was a master sergeant who fought in World War II against Hitler, said Massimini, a Gulf War Army veteran. Maher&#8217;s brother, Brian, served in the Navy on an attack submarine.

Billy Maher was &#8220;fun-loving. Full of energy. He could light up a room,&#8221; said Wendy Massimini, his sister. Her brother &#8212; an expert fly fisherman &#8212; loved the outdoors and made the most of his time in Germany with snowboarding trips to neighboring Austria, she said.

The Sept. 11, 2001, attacks in New York and Virginia claimed members from nine families in Lower Makefield and Yardley Borough, bedroom communities for New York City to the north, said Jeff Werner, editor of the Yardley News.

Maher&#8217;s plan was to be out of Iraq by November, and out of the Army by January, Kelly Massimini said.

But it was not to be.

His parents last talked with him Saturday at about 4 a.m. EDT, noon in Iraq, Kelly Massimini remembered. &#8220;His friend had been killed in an accident and he wanted my parents [to arrange] a Mass for him,&#8221; she said.

Sgt. Juan Serrano, 31, died July 24 when a vehicle fell on his head while he was changing a tire.

Then, their mother, Adeline Maher, answered the door to two soldiers Monday.

Billy Maher had died after being hit in right arm and right shoulder, Dan Massimini said. Evacuated by helicopter to a hospital, his brother-in-law bled to death, he said.

The outpouring of compassion has been &#8220;amazing,&#8221; Wendy Massimini said. Recognizing her face from the TV news, strangers in groceries express their condolences, she said. People, including her and her brother&#8217;s friends from high school, are stopping by to console the family. Others leave food on their doorstep.

The media has also come, and the family read excerpts from Billy Maher&#8217;s last seven-page letter to his family during a press conference.

In his letters, Maher was careful not to trouble his parents with the hard realities of Iraq, Dan Massimini said.

Now, Massimini said, the family hopes letters will preserve their connection to the world in which Billy Maher lived and died.