Dead end: Road through Lakenheath sealed off to public 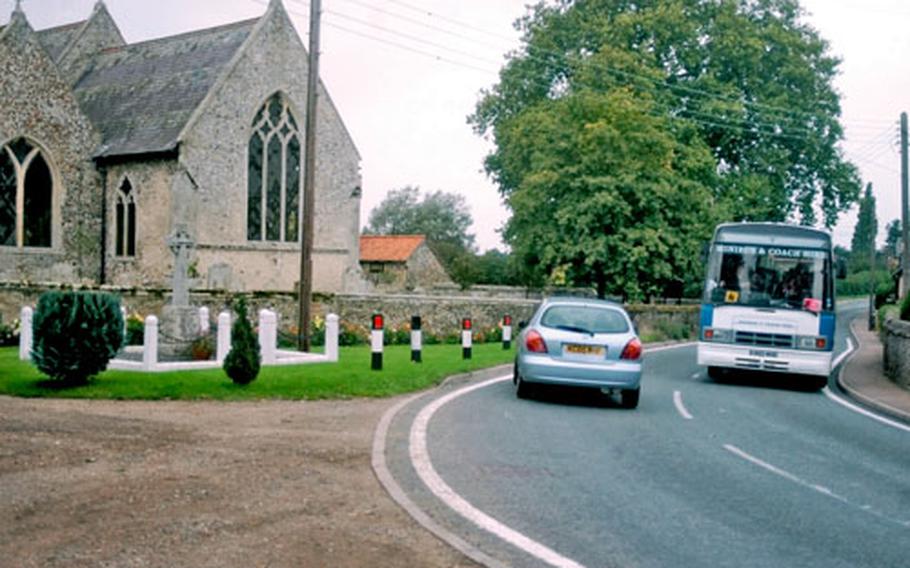 Traffic has increased through the village of Eriswell since the road known as Lords Walk was closed. Lords Walk, which divides RAF Lakenheath and was considered a security risk after the Sept. 11, 2001, terrorist attacks, will be permanently sealed off to the public. (S&S photo)

RAF LAKENHEATH, England &#8212; British officials have ordered a public road running through RAF Lakenheath permanently sealed off to the public because of its potential for use in terrorist attacks, government officials announced last week.

The announcement ended months of debate between the Ministry of Defence and local residents over whether public access to the road, called Lords Walk, should be restored. The road, which runs between a Lakenheath housing area and the main section of the post, has been closed to public access since the Sept. 11, 2001, attacks.

England&#8217;s Secretary of State for Transport on Nov. 4 signed off on a plan to have it absorbed by the base, Squadron Leader Jo Daniels, the RAF commander at Lakenheath, said Monday.

The road had been under a temporary closure agreement, fueling hope among some British residents that it might eventually be reopened for public use.

But in the decision signed last week, Transport Secretary Alistair Darling sided with an independent investigator and a report issued by the U.S. Air Force&#8217;s 48th Fighter Wing, based at Lakenheath. Both reports said reopening the road would make the base vulnerable to attack.

&#8220;The Secretary of State agrees with the Inspector that Lords Walk is an attractive target in the current terrorist campaign, because it would allow a terrorist with a car bomb to get within range of mass gathering areas,&#8221; reads a document released by Government Offices of East England on Monday.

British locals had argued that sealing the road forces them to drive miles out of their way and directs extra traffic through area villages.

&#8220;It&#8217;s like closing the door to the back garden. You have to drive all the way around to the front,&#8221; said Harry Spencer, a resident and town council member from Eriswell, near RAF Lakenheath.

The problem is exacerbated, in some residents&#8217; opinions, by the nature of that traffic, which he called &#8220;the uncouth American foot-pedal maniac driving his oversized vehicle with his over-designated fuel tank.&#8221;

The road closure process has also soured local relations with the Ministry of Defence, because of the sense that small groups of residents were powerless to counter the resources of the government.

Daniels said the base and the Ministry of Defence realize it may be creating inconveniences for some residents, but called the decision to close Lords Walk a &#8220;justified and proportionate&#8221; response to the perceived threat.

The base does, however, reap substantial benefits from the decision, she said. Lakenheath now officially has a contiguous fence line around the base and, with the road issue settled, the ability to make long-term plans for the portion of the base Lords Walk crosses.

Once the order to close the road takes effect Nov. 15, she said, base planners will begin the &#8220;realignment&#8221; of the road to create a new gate at the Lords Walk access, a process that will likely take at least nine months.