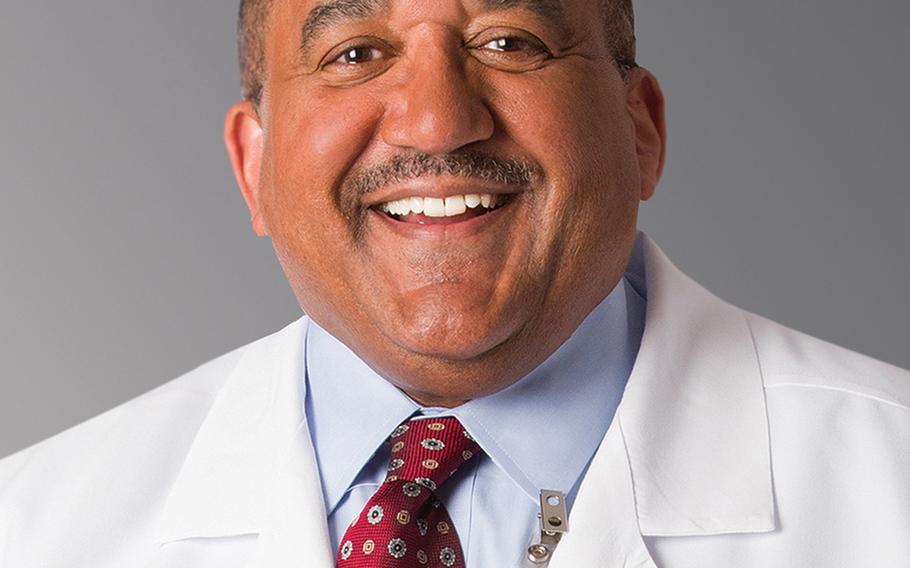 Dr. Adam Robinson was appointed acting director of the Washington D.C. VA Medical Center on Monday. He replaces retired Army Col. Larry Connell, who was reassigned earlier this month amid an investigation into whether his appointment broke federal protocols. (Department of Veterans Affairs)

WASHINGTON – The Department of Veterans Affairs appointed Adam Robinson on Monday to lead its D.C. hospital for about four months, making him the third temporary leader of the facility since its director was fired last year.

Robinson, a physician and the director of the VA Maryland Health Care System, will hold the job for 120 days, according to a VA statement.

Last April, former VA Secretary David Shulkin removed then-director Brian Hawkins following the release of a scathing report from the VA Inspector General’s Office about widespread, systematic failures at the facility that put veterans at risk. Hawkins held the position since 2011. He was officially fired in September.

Shulkin tapped one of his senior advisers, retired Army Col. Larry Connell, to lead the hospital. After one year in the post, Connell was reassigned April 9 amid an investigation into whether his appointment broke federal protocols.

The hospital’s chief of staff, Charles Faselis, was in charge of the facility for the past two weeks.

Many of the problems existing at the hospital in April 2017 have remained unresolved in the past year, despite public reassurance that real progress has been made. As recently as March, records show veterans’ appointments at the hospital were postponed due to a lack of clean supplies.

In a statement Monday, Robinson said, “We owe it to those who have worn the cloth of our nation to provide them with safe, quality and compassionate health care.”

“I am looking forward to serving as the acting director at the Washington D.C. VA Medical Center,” he continued. “This will give me an opportunity to ensure that the medical center continues its tradition as a flagship facility in serving our nation’s veterans.”

In the VA statement about Robinson’s appointment, his achievements at the VA Maryland Health Care System are described and include eliminating veterans’ access issues, decreasing wait times, improving employee morale and increasing transparency.

Robinson began working at the VA in 2014 as chief of staff for the Maryland system, and then rose to director in 2015. He was the 36th surgeon general of the Navy and is a retired vice admiral. He spent more than 30 years as a senior leader in the military healthcare system.

Before Connell was named to lead the D.C. hospital last April, he worked on President Donald Trump’s transition team and was a special adviser to Shulkin. Citing a memo from the Office of Personnel Management, CNN reported in March that political influence could have played a role in his selection.

VA Press Secretary Curt Cashour confirmed the VA Office of Accountability and Whistleblower Protection was investigating whether hiring protocols were violated when Connell was named to the job.

Connell was sent back to the VA central office to resume his previous role as a senior adviser.

While the VA searches for a new permanent director for the D.C. hospital, there are also ongoing leadership challenges four miles from the facility at VA headquarters.

Questions have also been raised about whether Trump had the legal authority to bypass VA Deputy Secretary Tom Bowman and designate Robert Wilkie as the acting VA secretary. Wilkie is the undersecretary of personnel and readiness for the Defense Department and has been working as VA acting secretary since March 28.