Daytime naps not as good for the brain as a good night’s sleep, Army study shows 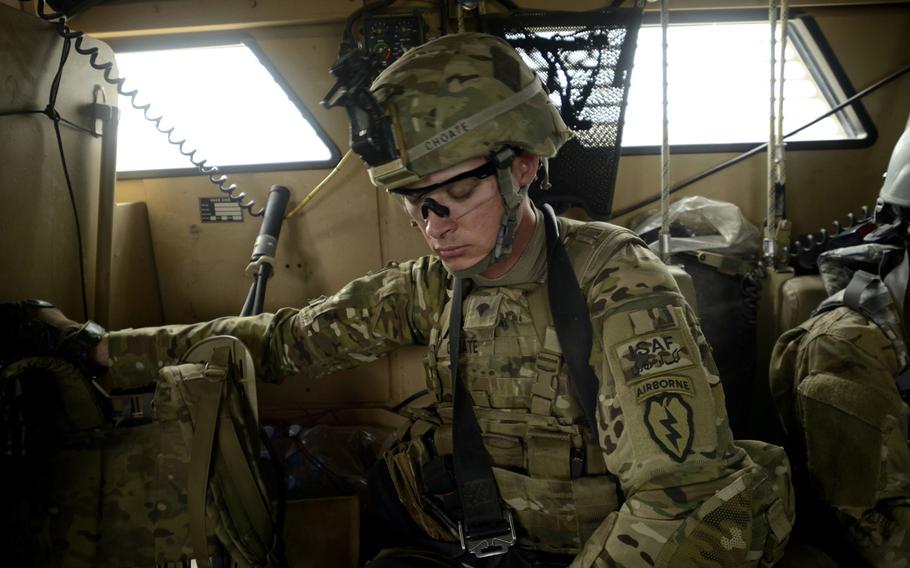 Buy Photo
Spc. Clark Choate with the 501st Infantry Regiment takes a nap in the back of a Mine Resistant Ambush Protected vehicle returning to Combat Outpost Sabari, Afghanistan, after a patrol in 2012. Taking cat naps during the day to catch up on sleep is not as good for the brain as getting a good night's sleep, and could lead to neurological disorders like Alzheimer's disease and dementia, a study has found. (Stars and Stripes)

Catching up on sleep by taking cat naps during the day isn’t as beneficial to the brain as getting a good night’s sleep, and could increase the risk of developing neurological disorders including Alzheimer’s disease and dementia, an Army study has found.

That’s because the brain is better at flushing out toxins during normal sleeping hours, so at night, said the study published last week in Nature Communications.

“These findings suggest that people who rely on cat naps during the day to catch up on sleep or work the night shift may be at risk for developing neurological disorders,” Dr. Lauren Hablitz, lead author of the new study, said in an Army statement.

“In fact, clinical research shows that individuals who rely on sleeping during daytime hours are at much greater risk for Alzheimer’s and dementia along with other health problems,” said Hablitz, a research assistant professor at the Center for Translational Neuromedicine at the University of Rochester Medical Center, where the study was conducted.

The findings could be bad news for service members, who often resort to short naps during the day to make up for a lack of sleep at night.

More than 60% of service members are estimated to sleep less than 6 hours per night on average, and those who have previously or are currently deployed get even less shut-eye, said a 2019 article in the journal Neuropsychopharmacology.

For the study, researchers focused on the glymphatic system, the central nervous system’s waste clearance system. When a person sleeps, their glymphatic system pumps fluids through their brain tissue to wash away toxic proteins and other waste.

Disrupted sleep or trauma can cause the system to break down and allow toxic proteins to accumulate in the brain, the study said.

When researchers anesthetized mice for an entire day, they found that their glymphatic systems peaked only during the hours they would typically be sleeping.

“These findings show that glymphatic system function is not solely based on sleep or wakefulness, but on the daily rhythms dictated by our biological clock,” said neuroscientist Maiken Nedergaard, co-director of the Center for Translational Neuromedicine at URMC and one of the study’s authors.

Funded by the Army Research Office, the National Institute of Neurological Disorders and Stroke, the National Institute of Aging, and the Novo Nordisk and Lundbeck Foundations, the study is part of the Army’s efforts to help soldiers sustain performance, even when they don’t have time to rest, said Dr. Frederick Gregory, a program manager for ARO’s neurophysiology of cognition initiative.

“This knowledge is crucial to developing future countermeasures that offset the deleterious effects of sleep deprivation,” he said.