Days before DADT repeal, lawmakers ask DOD for a delay 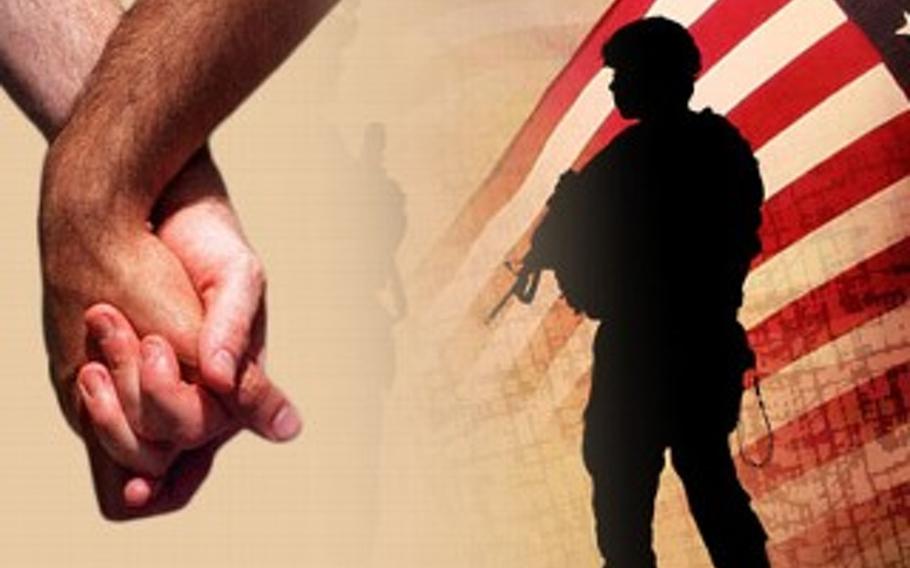 But defense officials are already brushing off the request, saying the time has come for repeal.

The 18-year-old policy, which bars openly gay individuals from serving in the military, was voted down by Congress last December, but will not officially end until Tuesday under terms laid out by lawmakers.

In August, Defense Secretary Leon Panetta said months of pre-repeal troop training and regulations changes were almost complete, and the full force would be ready for repeal by that date.

But in a letter sent to the department this week, House Armed Services Chairman Buck McKeon, R-Calif., and Rep. Joe Wilson, R-S.C., the committee&rsquo;s personnel chairman, said lawmakers still have not received copies of all policy changes connected to the repeal. They argue that Congress and military personnel need to be fully informed of the impact of repeal before military leaders can say the force is ready for the change.

&ldquo;We trust that you will see the risk of moving forward with repeal without giving service members and their leaders adequate time to study, understand and prepare themselves to implement the revised policies and regulations they will need to be successful,&rdquo; the letter states. &ldquo;We believe that a delay in the effective date of the repeal until DOD managers have fully resolved all the questions emerging from the review and comment process would be the most responsible decision.&rdquo;

A defense spokeswoman said Thursday that there are no plans to delay the repeal.

&ldquo;Senior Department of Defense officials have advised Congress of changes to regulations and policies associated with repeal,&rdquo; the spokesman said. &ldquo;We take that obligation seriously.&rdquo;

Another senior defense official also said there are no plans to change the repeal schedule.

&ldquo;The nearly two-decade debate on this issue is over,&rdquo; the official said. &ldquo;The service secretaries, service chiefs, and combatant commanders submitted their recommendations months ago, and none of them suggested that repeal be postponed.&rdquo;

Conservative lawmakers on the committee have been looking for ways to slow or stop the repeal for much of this year, complaining the repeal vote in December (taken when Democrats still controlled the House) ignored concerns among combat units about the possible effects of openly gay troops on morale.

This spring, the committee passed legislation requiring the four service chiefs to approve the repeal, even after the Secretary of Defense and Joint Chiefs Chairman gave their OKs. The measure is still pending in the Senate, and never became law.

In June, a group of 23 Republican lawmakers petitioned the White House to halt any repeal of the &ldquo;don&rsquo;t ask, don&rsquo;t tell&rdquo; law because of continued concern and debate about the wisdom of changing the law.

But those efforts made no discernible change to the department&rsquo;s repeal preparation plans. Defense officials said that nearly all troops had received basic training on the new rule changes, with an emphasis on treating all colleagues with respect regardless of their sexual orientation.

&ldquo;This is another example of the hardcore opposition attempting to delay or undo Don&rsquo;t Ask, Don&rsquo;t Tell repeal,&rdquo; he said in an email. &ldquo;I expect they will continue to look for openings to deny gay and lesbian service members the same rights and dignity as their straight counterparts.&rdquo;