Dating app Bumble bans gun pics, unless you're in the military or law enforcement 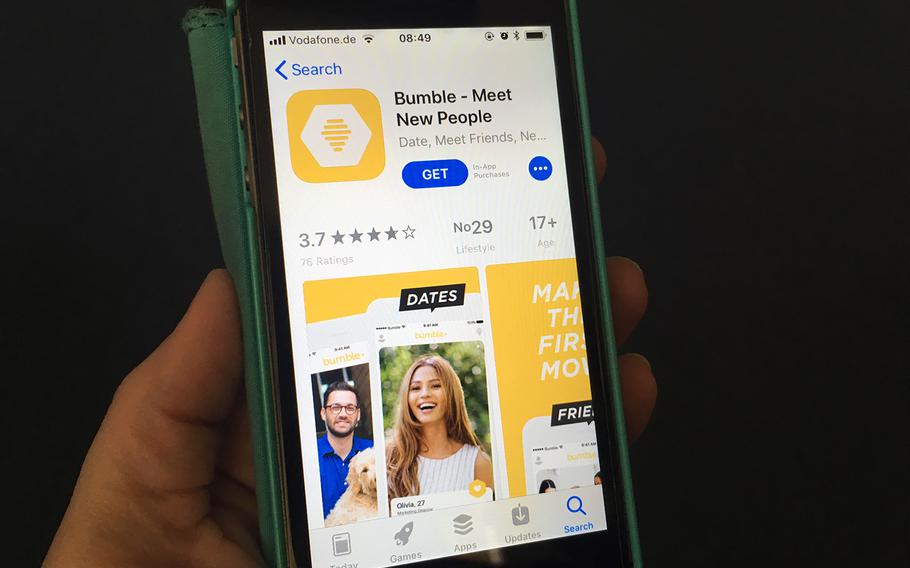 Buy Photo
Dating app Bumble has banned guns in photos, unless you're in the military or law enforcement. (Stars and Stripes)

Dating app Bumble announced Monday that it's banning guns in profile pictures. But there's an exception: Users who are in the military or law enforcement can still post photos of themselves in uniform with firearms.

“We just want to create a community where people feel at ease, where they do not feel threatened, and we just don’t see guns fitting into that equation,” app founder Whitney Wolfe Herd told The New York Times.

Bumble is a social and dating app with about 30 million users that allows only women to initiate conversations. Nudity, photos of users in their underwear and hate speech are also prohibited on the app.

"Online behavior can both mirror and predict how people treat each other in the real world," the Austin, Texas-based tech company said in a blog post. "Bumble has a responsibility to our users and a larger goal to encourage accountability offline."

"As mass shootings continue to devastate communities across the country, it’s time to state unequivocally that gun violence is not in line with our values, nor do these weapons belong on Bumble," the blog post said.

Herd told TechCrunch that there will be an appeals process for users such as sport shooters to possibly have their photos reinstated, that 5,000 contracted content moderators will be going through existing and new images, and that Instagram photos from users won't be censored (there's an option for users to show Instagram photos on their profiles).