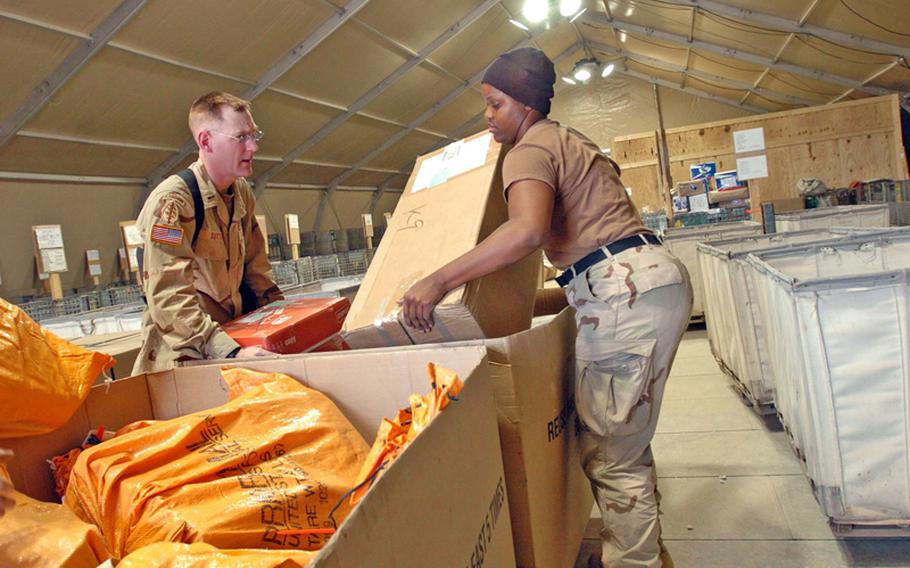 BAMBERG, Germany &mdash; The U.S. Postal Service will stop accepting mail addressed to military post offices in Iraq starting Nov. 17, as U.S. forces withdraw to meet an end of year deadline to leave the country, the Department of Defense announced.

Deployed personnel getting ready to return to their home stations have already been preparing for the change, said Lt. Col. Angela Funaro, chief of Media Outreach Division for U.S. Forces &mdash; Iraq.

The U.S. Embassy or consulate post offices will handle mail for the small number of servicemembers and embassy guards who remain in Iraq.

Mail arriving in Iraq after the servicemember has left will be forwarded or returned to the sender, a DOD press release says.

Funaro recommended that family members no longer send mail to loved ones in the process of leaving Iraq to avoid the mail being lost or misdirected.

The U.S. Postal Service will delete ZIP codes for Iraq military post offices from the USPS database to prevent undeliverable mail from entering the postal system after Nov. 17, according to the release.