Data on radiation, toxin exposure following quake yet to be released 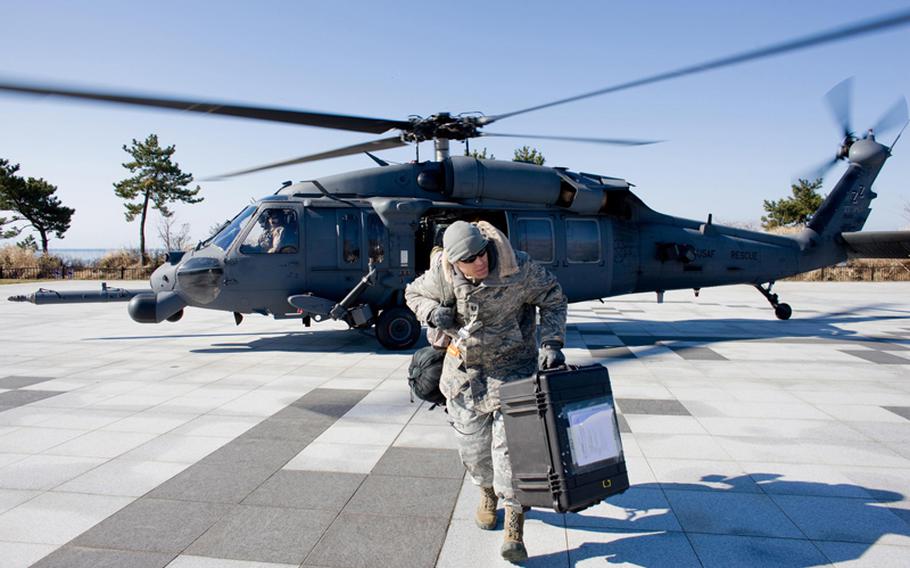 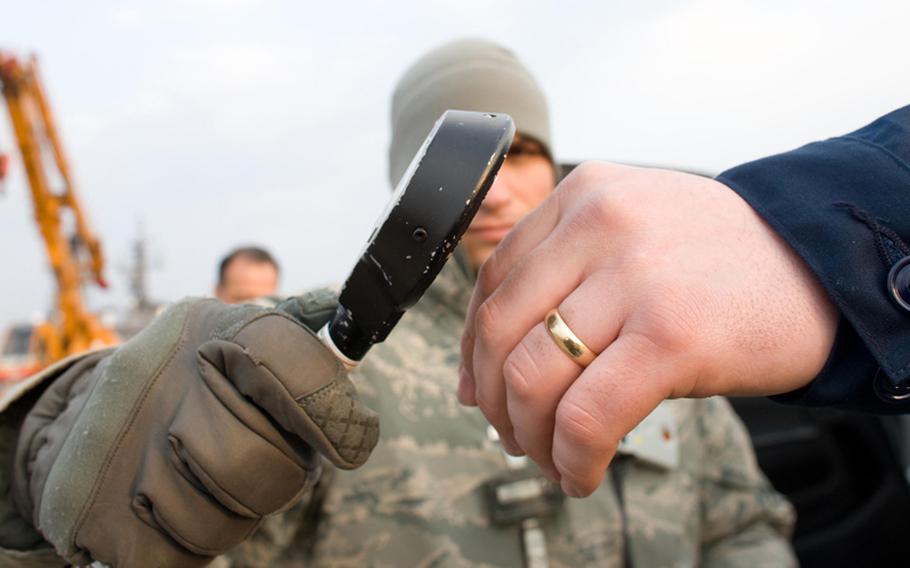 YOKOTA AIR BASE, Japan - A year after hundreds of U.S. troops ventured into Japan's damaged eastern regions to bring aid to earthquake and tsunami survivors, the levels of radiation and other toxins detected in and around the places they worked has yet to be released.

Fears of a massive release of radiation from the crippled Fukushima Dai-Ichi nuclear plant gripped Japan in the days following the March 11, 2011, earthquake and tsunami. In an effort to properly gauge whether U.S. troops and their families living in Japan were being exposed to high levels of radiation, the U.S. military began taking readings at bases all over Japan.

When troops headed north to render aid in the disaster zone they wore dosimeters that recorded the total amount of radiation to which they were being exposed.

Environmental assessment teams took hundreds of samples of soil, air and water at disaster-zone work sites, then sent the samples to the U.S. and tested for radiation and a range of toxins, including asbestos, that are known to harm people's health.

A year after the disaster, the Department of Defense has not released the data, although officials have stated that troops were not exposed to "unsafe" levels of toxins or radiation.

Stars and Stripes has made numerous requests for data from the environmental testing and dosimeters, including a Freedom of Information Act request that was denied. PACOM officials have not given a reason why the information has not been released or give any indication when it would be available.

Army Col. Lance Koenig, commander of the 10th Logistics Group, who had more than 100 troops working in Sendai and Ishinomaki during the relief effort, said several months after the operation that he was eager to get the test results.

"The Army dosimeter didn't give you a reading," he said. "You just wore it and turned it in to the medical folks."

The DOD also has not released data that experts are using to estimate the amount of radiation that U.S. personnel were exposed to in Japan during the disaster. The information will eventually be placed on personnel health records in case problems arise later, according to officials. About 61,000 U.S. military personnel were in Japan at the time of the crisis.

U.S. Pacific Command's top surgeon, Rear Adm. Michael H. Mittelman, told U.S. personnel in Japan in July that they had potentially been exposed to something that was not normal.

He said that estimating individuals' radiation exposure "was the responsible thing to do, so if there is ever a question 20 years from now, they can go back and look at what their potential dose was," he said at the time.

Last fall, PACOM officials said they would release information about radiation detected in 14 areas around U.S. bases by the end of the year. It's not known if any servicemembers have requested their individual results.

In the U.S., radiological workers are entitled by law to information such as the dosimeter readings, according to David Brenner, a Columbia University professor studying the potential impact of a radiological terrorist attack on living organisms.

"It is more than reasonable that people should be told what their radiation exposures are," he said.

Official military and government communication has been poor throughout the Fukushima crisis and it continues to be poor, Brenner said.

Radiation risks to U.S. personnel in Japan should be taken seriously.

"We will never know what the risks are going to be exactly, but it's not like one in 10 people are going to get cancer," he said. "It is probably in the order of one in thousands or one in tens of thousands."

Brenner said Columbia University scientists developed a method of quickly determining radiation exposure using a finger prick of blood. However, the technique was not used for U.S. forces in Japan.

When individual dose estimates are released, it will be possible to predict what people's real risk are, Brenner said. But even if people know that they have been exposed to the sort of radiation levels likely experienced by U.S. personnel in Japan, there isn't anything special that they can do to safeguard their health, he said.

"The risks are long-term risks, and we don't know of any medical intervention at this time," he said. "The best thing you can do is regular checkups, but that goes for you and me, too."