DARPA seeks a robot to respond to Fukushima-style disasters 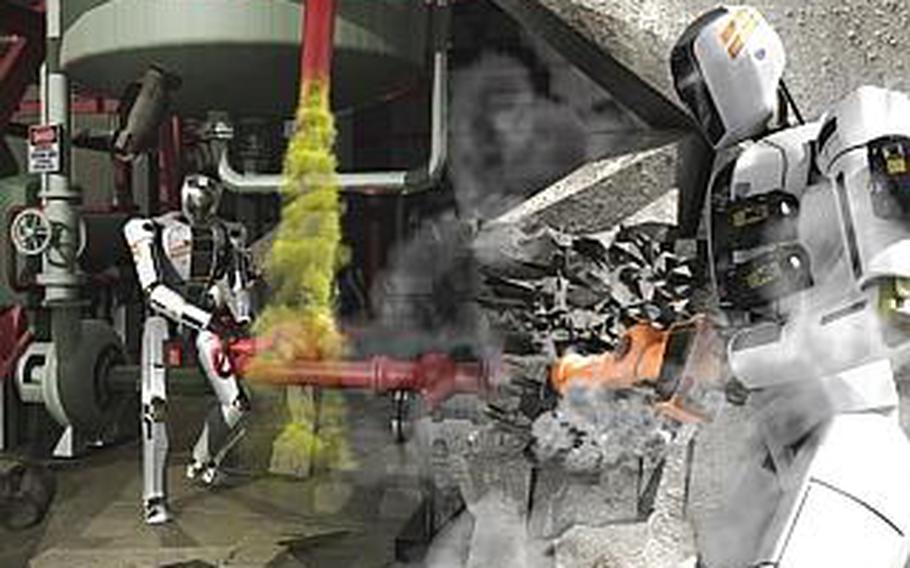 WASHINGTON &mdash; The Pentagon on Tuesday put out the call for robots that can handle &ldquo;dangerous, degraded, human-engineered environments&rdquo; without missing a beat.

Although that sounds a lot like a description of most U.S. combat troops, the Defense Advanced Research Projects Agency, or DARPA, is actually looking for robots to operate in a disaster like the meltdown at Japan&rsquo;s Fukushima Daiichi power plant last year.

The first team to produce a robot that can meet the requirements of DARPA&rsquo;s Robotics Challenge will receive $2 million. Meanwhile, the agency is ready to hand out up to $34 million in research money to developers.

The winning robot will have to accomplish a series of tasks currently beyond the ability of any machine. Plans call for it to drive a vehicle before getting out and negotiating rubble-strewn ground at a mock disaster site. Then it has to clear debris from a doorway, enter a building, climb a ladder and cross a catwalk. Next, it must smash through a concrete wall with a tool, and finally, close a valve on a leaky pipe and swap out a component like a cooling pump.

The announcement doesn&rsquo;t specify a human-like robot, but negotiating objects shaped for human bodies may require it. A Defense Department push in that direction would be very different from most DOD robots, which have been mainly vehicles like aerial drones or small-treaded devices used commonly by bomb disposal units.

Anthropomorphic robots have great advantages, said Greg Trafton, a Naval Research Lab scientist who oversaw the development of a firefighting robot that, thanks to its shape, is able to use off-the-shelf gear for humans. A robot that looks like us is also just easier and more efficient to use, he said.

&ldquo;A humanoid robot that doesn&rsquo;t understand what you&rsquo;re saying can get a confused facial expression,&rdquo; he said. &ldquo;It doesn&rsquo;t have to be taught to people as much, because it&rsquo;s not a new interface.&rdquo;