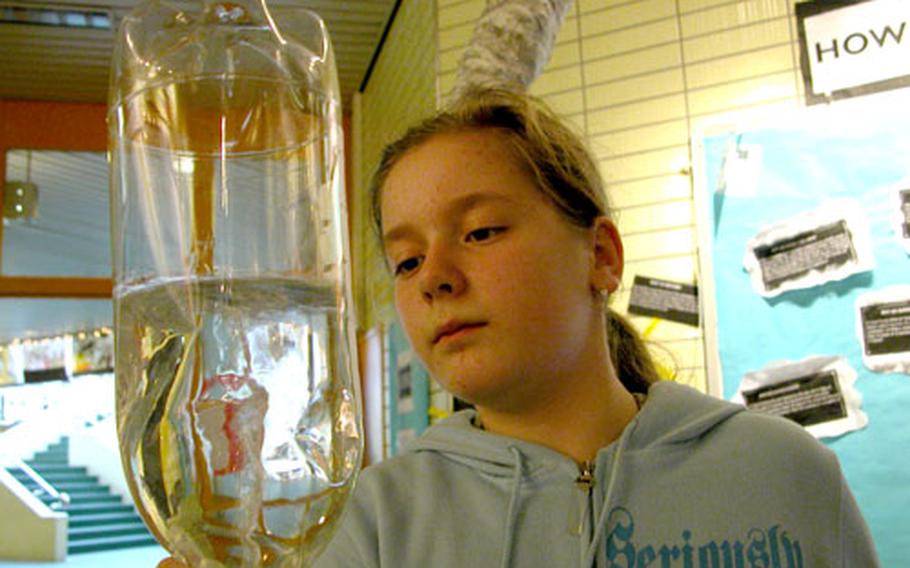 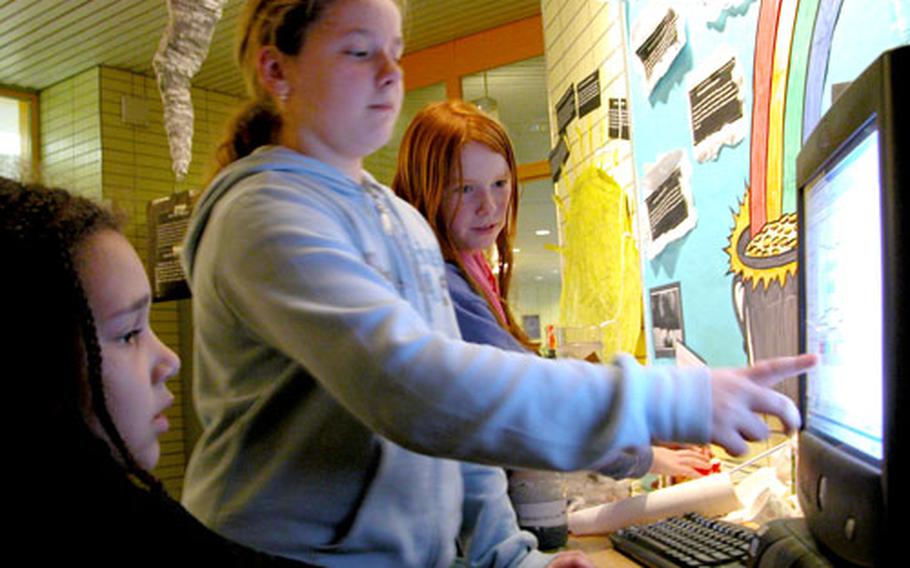 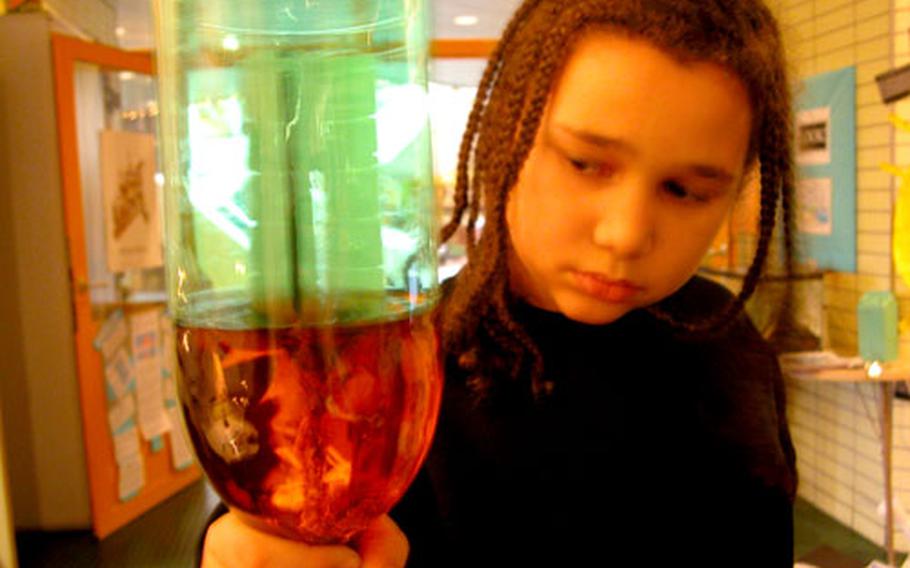 But at Darmstadt Elementary School, in a lobby chock-full of cardboard tubes, inverted cola bottles and other staples of classroom projects, the pupils seem to actually be enjoying their education.

On Thursday, a group of younger students took turns making tornadoes with two taped-together plastic bottles. Nearby, fifth-grader Kristin Lamanteer explained how a second rainbow can be produced above the initial arch, with the order of colors reversed.

The approximately 500 students of Darmstadt Elementary, from kindergarten to fifth grade, have science on their minds. And members of the school staff say they have found a new way to teach the science of things to their charges.

A program started at the school this year places science at the forefront of student education, and Darmstadt Elementary is now officially a science-focused school. Through a series of monthlong topics &#8212; students just wrapped up the meteorology unit &#8212; pupils in all grades learn about the same subject simultaneously.

Next up is a unit on how roller coasters work. The staff will spend part of the winter break constructing a roller coaster model in the lobby for students to see when they get back.

The program is also aimed at helping students to learn in ways that go beyond memorization of terms and concepts they are taught, Claus said. Analysis, synthesis and evaluation are key in the new approach.

Standing next to Kristin on Thursday, 11-year-old Al Montrice Nelson explained an intricate weather station he had made, complete with a homemade thermometer.

After a unit on how space shuttles work ended earlier this year, the students who turned their projects in first got to take a field trip to the European Space Agency in Darmstadt, said Karla Mazelis, gifted education teacher. An agency representative also spoke at the school during the unit.

Slyvia Dughaish, who has two children attending the school, said she thinks the staff is doing &#8220;a really good job&#8221; with the science focus.

Such a program is similar to some science magnet schools in the United States, said Susan Ramsey, an instructional systems specialist for elementary science at the Department of Defense Dependents Schools in Europe.

With American students lagging behind their international peers in math and science test scores, early focus on these subjects is key to solving the problem, she said.