Darmstadt helps take a bite out of crime 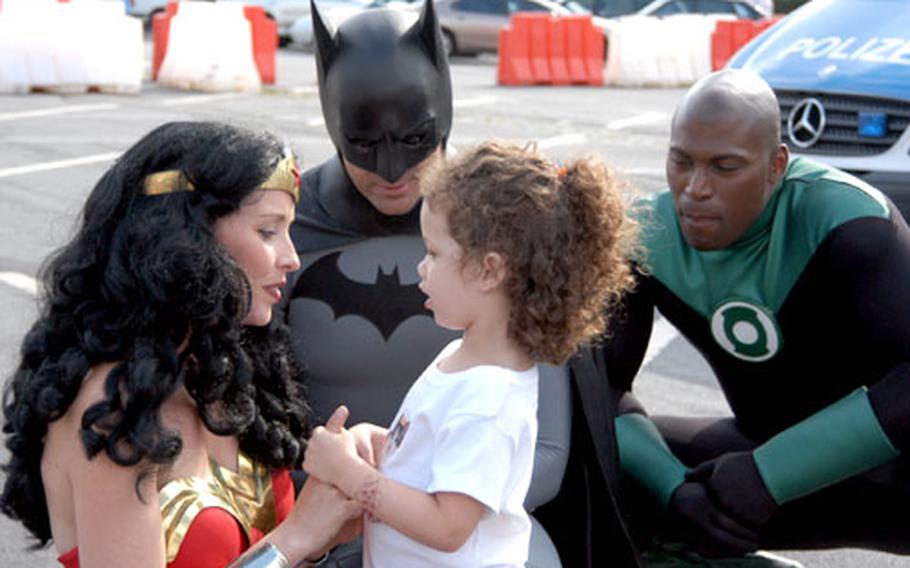 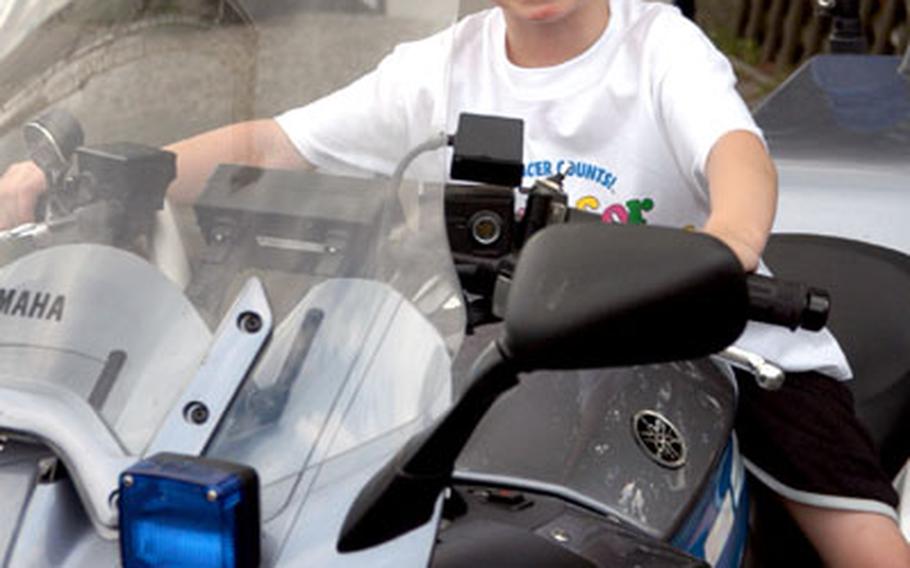 Logan Gemba, 4, wearing a German police hat, gets a chance to sit on a police motorcycle. (Michael Abrams / S&S) 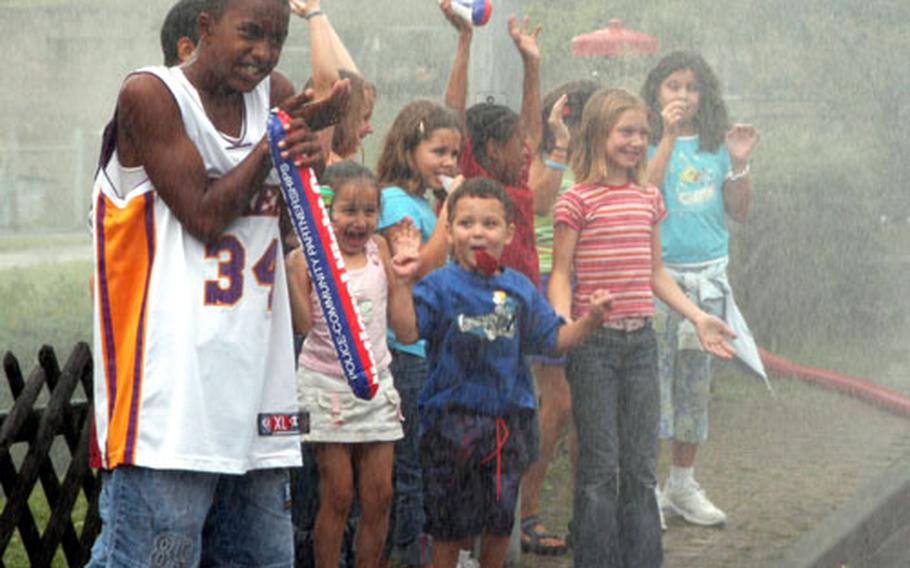 Kids from the Darmstadt military community get sprayed with water from a fire truck. (Michael Abrams / S&S) 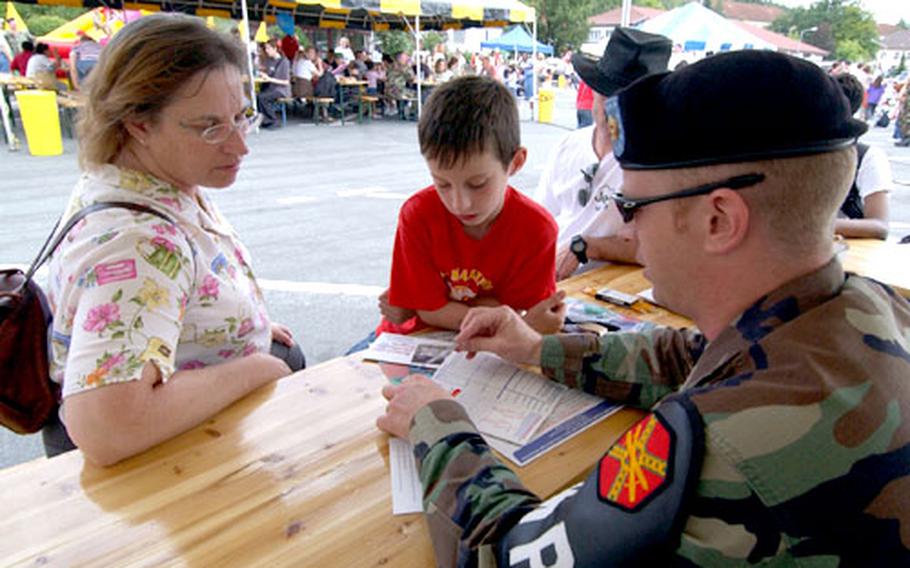 Sgt. 1st Class Adam McBride of the Darmstadt military police station shows Patti Yapp and son Daniel how to use a child identification kit during the National Night Out. (Michael Abrams / S&S)

The post exchange parking lot on Cambrai-Fritsch Kaserne looked more like a festival than a crusade against crime, but families said they got a lot out of the five-hour event.

German police, fire and ambulance crews offered displays alongside the military police. Free food, drink and prizes added to the fun, along with a special visit from members of the Justice League as part of the Summer Shout Out program.

The Jones family took advantage of a take-home child identification kit where fingerprints, a DNA sample, and photo could be kept in a safe place in the event something should happen to one of their two boys, Kaylyn, 9, or Tyler, 5.

&#8220;This is absolutely necessary,&#8221; explained Staff Sgt. Ryan Jones of Company C, 32nd Signal Battalion, while sitting at the identification booth. &#8220;This could help law enforcement track down our children if anything were to happen to them. It&#8217;s something great to always have on file.&#8221;

Darmstadt&#8217;s event was one of several scheduled in U.S. military communities around Europe this week to mark National Night Out.

This community and law enforcement introduction is just what National Night Out is designed to do, according to Mike Magar, of the installation access control section of the provost marshal office in Darmstadt.

Magar said through entertainment and community cohesion, the National Night Out heightens awareness about crime, drugs and violence.

Also, Maj. Bill Boucher, the provost marshal, said working together with the community and law enforcement helps keep safety at the forefront of everyone&#8217;s mind.