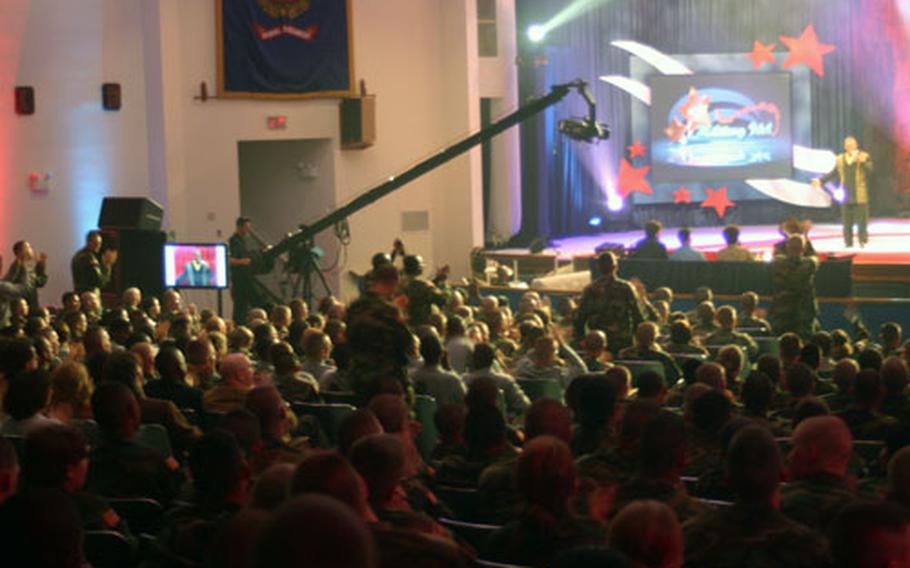 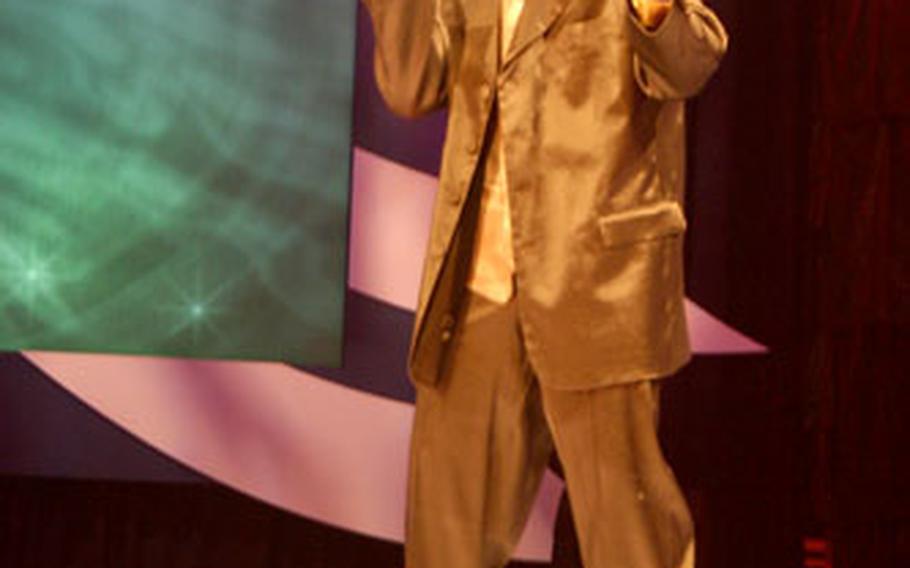 Spc. Festus Togbeola of the 177th Armored Battalion in Schweinfurt sings “Stand By Me” during the Military Idol finals at Fort Gordon, Georgia, on Saturday. (Kristy Davies / The (Fort Gordon, Ga.) Signal) 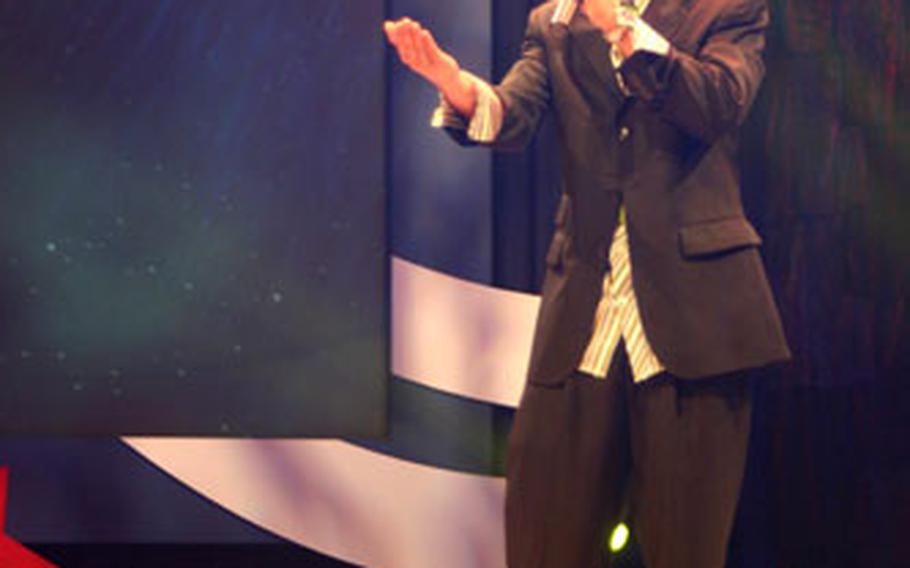 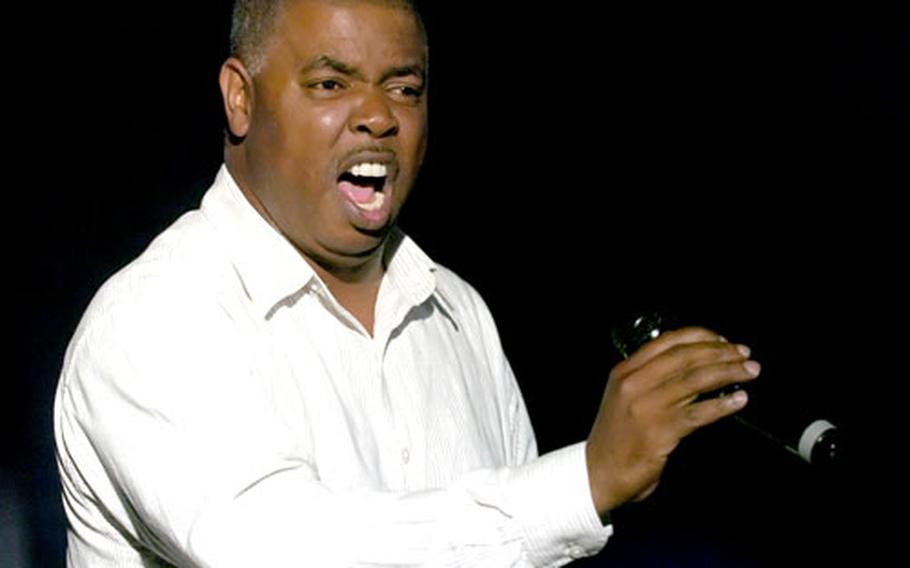 Sgt. William Glenn, an Army National Guardsman assigned to Darmstadt, Germany, with the 258th MP Company, sings during Wednesday’s elimination round in the Military Idol competition at Fort Gordon, Ga. Glenn was announced Sunday as the competition’s winner. (Courtesy of Military Idol)

WASHINGTON &#8212; A 42-year-old guardsman with the 258th MP Company currently assigned to Darmstadt was named the Army&#8217;s first Military Idol on Sunday, capping off the quest to find the service&#8217;s best singer.

Sgt. William Glenn, a guardsman with the 258th, earned a $1,000 cash bonus and the unofficial title of &#8220;ambassador of Army entertainment&#8221; by winning the contest. Organizers hope to use him in special performances around the globe in the coming year, with permission from his command.

Sunday&#8217;s announcement capped off the week-long final round of the singing competition, which brought together 33 of the winners from regional competitions from around the world.

The winner was decided by an online vote of soldiers and their families. Glenn performed the Otis Redding song &#8220;(Sittin&#8217; On) The Dock of the Bay&#8221; for his final performance, and received glowing praise from the judges during Saturday&#8217;s webcast of the competition.

Two other soldiers currently living in Germany also placed in the top five of the competition.

Spc. Richard Sianoya of the 523rd Medical Company in Wurzburg earned second place and a $500 bonus for his talent. Spc. Festus Togbeola of the 177th Armored Battalion in Schweinfurt, also placed in the top five.

Glenn, a pastor and VA hospital employee in civilian life, served in the active-duty Army in the 1980s, where he sang at events around the world with the 82nd Airborne Division&#8217;s choir.

The event at Fort Gordon&#8217;s Performing Arts Center mirrored the popular &#8220;Idol&#8221; TV shows, complete with a panel of judges critiquing each performance and plenty of dramatic pauses before the final results were announced.

Sports personality Leeann Tweeden hosted the live webcast of Saturday&#8217;s competition and Sunday&#8217;s announcement, and an enthusiastic studio audience of several hundred soldiers greeted each of the finalists performances with a loud &#8220;Hooah.&#8221;

The 28 contestants eliminated earlier in the week, which included seven other soldiers from Germany and five from the Pacific arena, performed medleys of Motown classics and patriotic songs, complete with choreography.

Organizers also included a tribute to the soldiers serving in Iraq and Afghanistan, who were not allowed to participate in the competition due to security reasons.