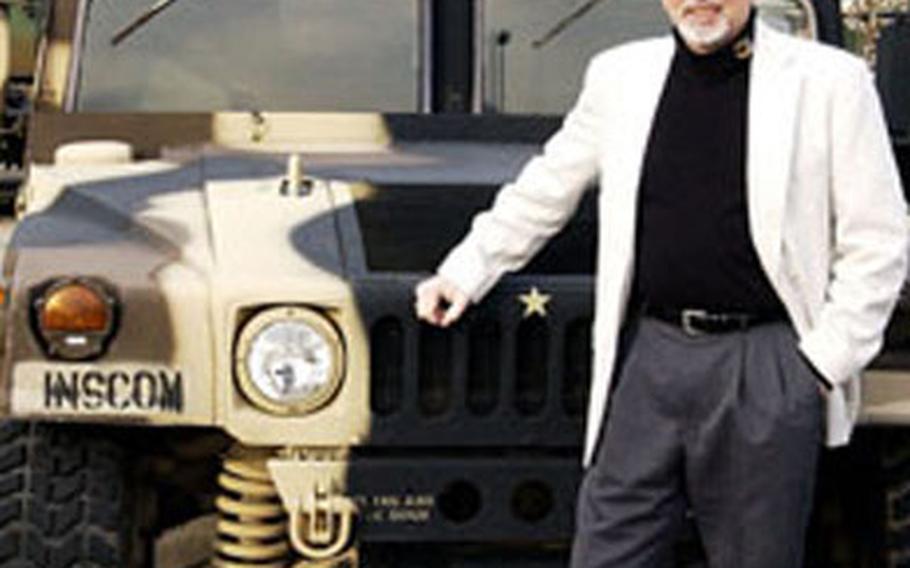 George Graf, director of information technology for the 66th Military Intelligence Group, has earned one of the Pentagon’s highest awards for civilians. (Courtesy of U.S. Army)

George Graf got into information technology in the 1970s, a time of lumbering hard drives and no cordless connections, light years away from where the industry now stands.

That entree into the field in its infancy &#8212; and the 12-year employment with the 66th that it led to &#8212; earned Graf a 2005 Distinguished Civilian Service Award, one of the Defense Department&#8217;s highest non-military distinctions.

Graf, who lives with his wife in Weiterstadt, was presented the award in November at a Pentagon ceremony by Deputy Defense Secretary Gordon England. Graf was accompanied by Army Secretary Dr. Francis Harvey.

Asked about receiving the award, Graf responded in the stoic style of a military intelligence man, not used to divulging much information.

Graf plans to retire in April and spend more time with his wife. They plan to move back to their home in Virginia.

The work of the 66th is constantly changing and offers a variety of tasks, he said, adding that the group does a lot of IT and communications support for other outfits.