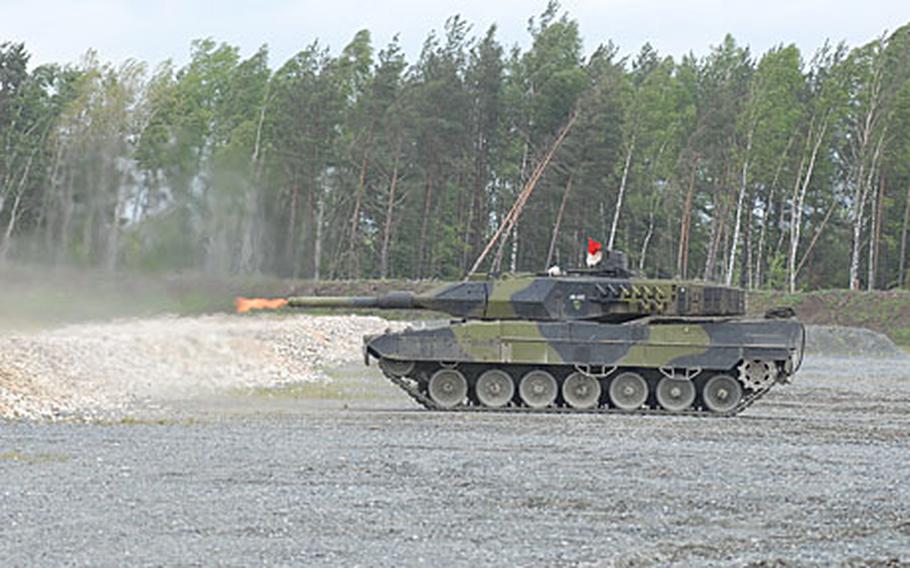 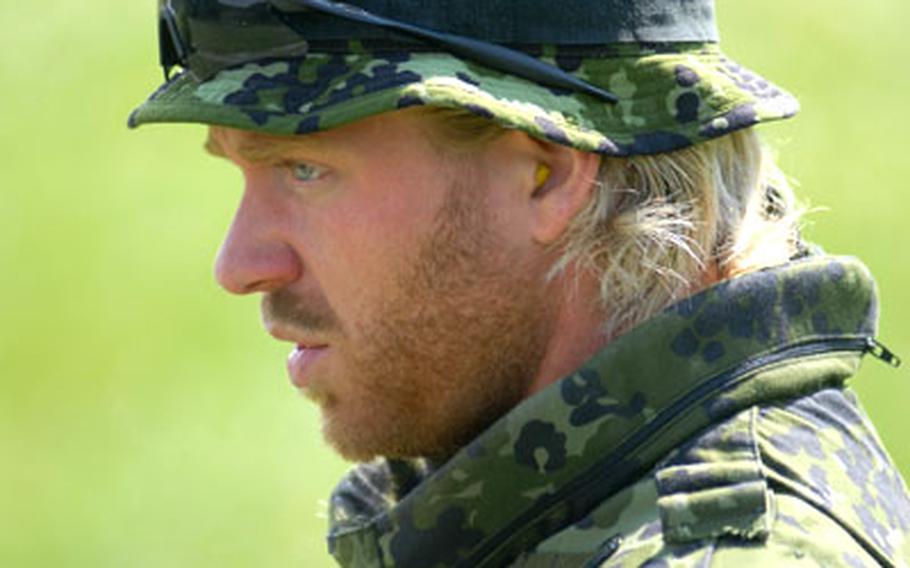 In the Danish army, which has units training at Grafenwöhr, Germany, this week, long hair, beards and unisex showers for its male and female soldiers are par for the course. (Seth Robson / S&S)

GRAFENW&#214;HR, Germany &#8212; Long hair and beards are things Americans are more likely to associate with peace-loving hippies than soldiers.

But in the Danish army, which has units training at Grafenw&#246;hr this week, long hair, beards and unisex showers for male and female soldiers are par for the course.

Capt. Nicolas Skovmaud of 2nd Tank Squadron, 1st Armored Battalion, Jutland Dragoons, said Thursday that it is up to individual commanders in the Danish army to determine policy on beards and hair length. In his unit soldiers are allowed to have both beards and long hair.

Beards are more popular than long hair with the Danish Dragoons, but there are several soldiers with collar-length coifs in the unit, and at least one with locks that flow halfway down his back.

Would U.S. soldiers like the same freedom of expression granted their hirsute Danish equivalents? Sgt. William Monk, at Grafenw&#246;hr for Expert Field Medical Badge training, said he had long hair and a beard before he joined the military but that he&#8217;d never go back to his old shaggy look. &#8220;I prefer it this way. It&#8217;s just more professional,&#8221; he said.

First Lt. Matt Euens, 26, of Sacramento, Calif., who also was competing for the medical badge, said he grew a beard on leave but believed soldiers in uniform should shave and have short hair. &#8220;The more uniform the unit is, the more disciplined they are,&#8221; he said.

The more liberal rules in the Danish army appear not to have diminished its effectiveness.

In Afghanistan, 380 Danish personnel are deployed to Helmand province, while another 550 Danish soldiers are working with the British army in Basra, Iraq, Skovmaud said.

At Grafenw&#246;hr, the 1st Armored Battalion is training to become NATO&#8217;s quick-reaction force next January &#8212; a role that will require it to deploy with between five and 30 days&#8217; notice. If the force is not engaged before August next year, the unit will deploy to Afghanistan, Skovmaud said.

The Grafenw&#246;hr training involves gunnery for the battalion&#8217;s Leopard 2A5 tanks and individual skills training for its two mechanized infantry companies, a headquarters and a logistics company, he said.

&#8220;It is the first time in six years that the Danish army has deployed out of Denmark to conduct training,&#8221; Skovmaud added.

Danish Leopard 2 tank gunner Lance Cpl. Rune Rossen, 25, who also is clean-shaven and short-haired, said training at Grafenw&#246;hr is very different than in Denmark, where, as a safety measure, gunnery happens only on the coast.

&#8220;This is a totally new experience for me because of the forest and the trees in the background. When enemy targets come up in front of trees, it is more difficult to see than when it is sand,&#8221; said Rossen, who served in Basra, with a Danish reconnaissance squadron from 2004-05.