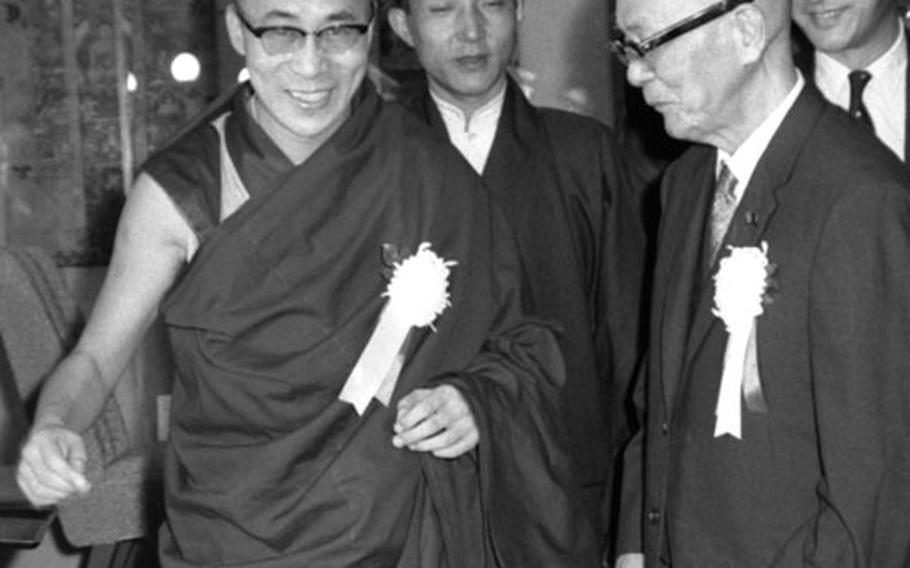 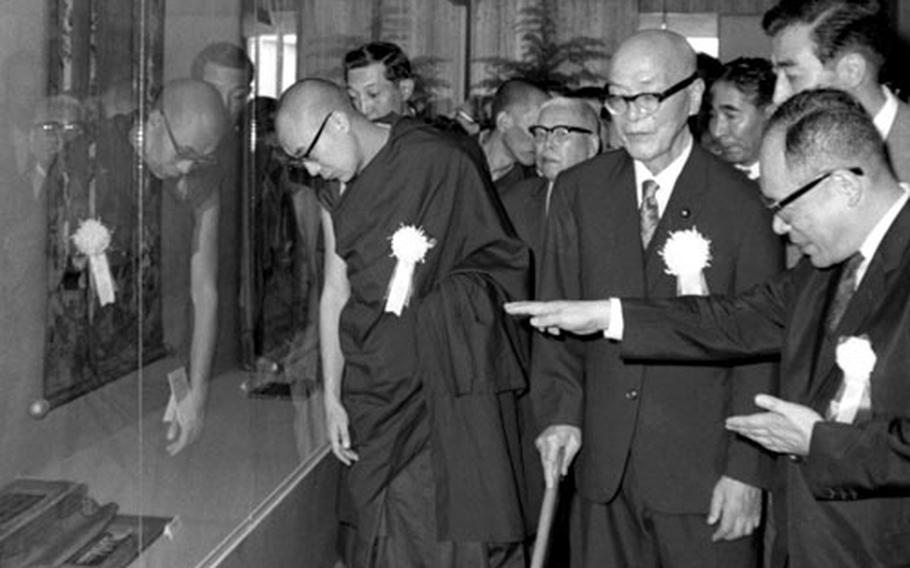 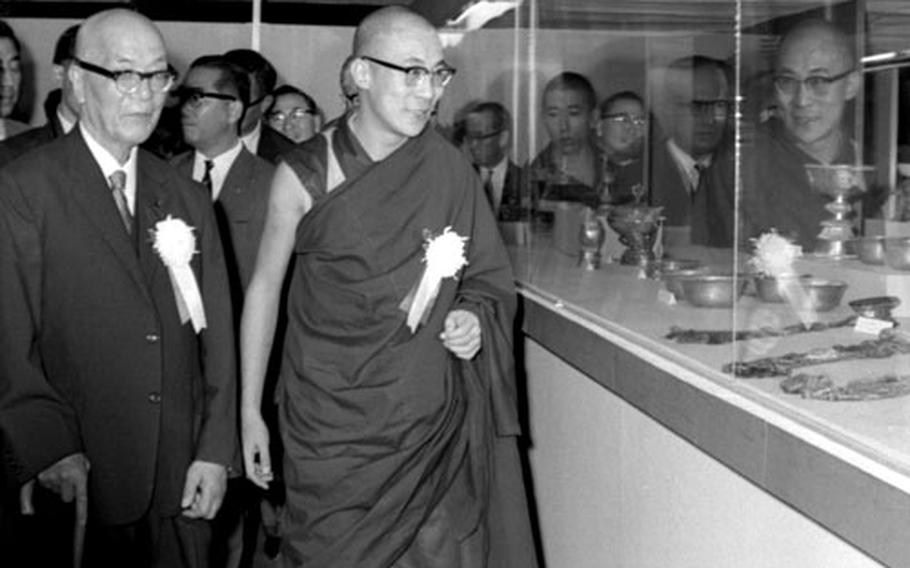 The Dalai Lama was joined in the ceremony by Matsutaro Shoriki, owner of Yomiuri Shimbun, who is cosponsor of the exhibit with the Government of India.

The exhibit, being held at the Matsuzakaya Department store in Ueno until Oct. 5, represents 10 centuries of Tibetan art. On display are more than 250 Buddhist statues, paintings, swords and other rare works of art.

A spokesman for the Dalai Lama described the collection as priceless and said that about half of the items belonged to the spiritual leader and the rest were from the Tibet House Museum in New Delhi.

The Dalai Lama, clad In a wine-colored Buddhist monk's robe, made no formal statement during the opening. However, a message written by him was posted on the wall leading into the exhibit.

The 32-year-old holy man is here at the invitation of the Buddhist Mission Society of Japan. It is the first time he has left India since fleeing there in 1959 when the Communist Chinese took over Tibet. The Japanese Government permitted his two-week visit on the condition that while here he would not make any political attacks on Red China which might hurt Japan's trade relations.

The Dalai Lama leaves Tokyo Friday for Kyoto, Osaka and Nikko, where he will be guest at numerous receptions and will visit Buddhist shrines. He is to return to India Oct. 10.