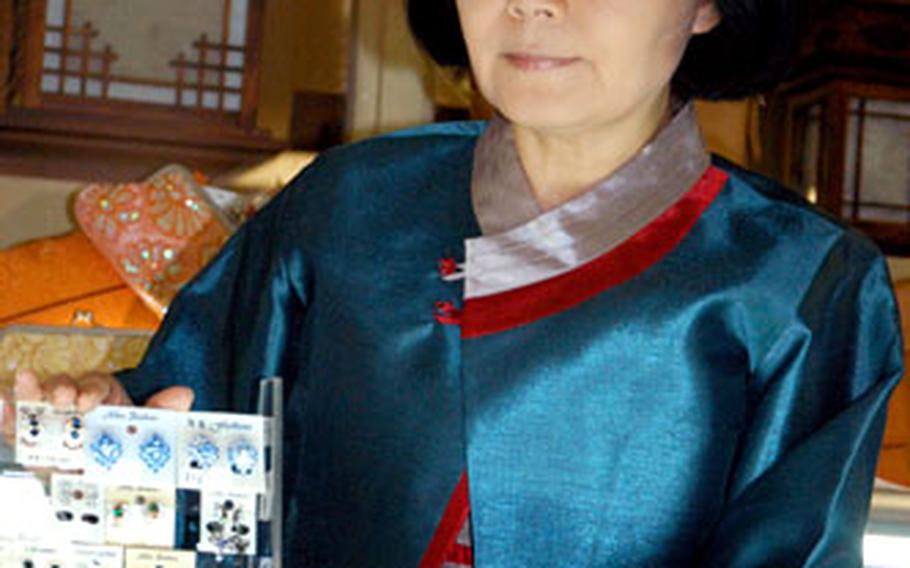 A Daegu-area volunteer received a prestigious award last week for serving more than 3,800 volunteer hours during the past five years.

Hanna Zitniak, known as &#8220;Miss Hanna&#8221; to many, received the 2005 Emma Marie Baird Award for Outstanding Voluntary Service for her work at places including the Apple Tree Thrift and Gift Shop.

&#8220;She gives so much of her time without expecting any recognition,&#8221; Bonnie McCarthy, the Area IV Army Volunteer Corps Coordinator and Taegu Spouses Association president, was quoted as saying in a news release.

&#8220;She is a giver, who would prefer to see someone else receive an award. Hanna is more comfortable with accepting a simple hug and a thank you for her hard work.&#8221;

Zitniak first volunteered for the Army in Korea at the Army Community Services Lending Closet in 1987, while stationed with her husband, Charles, at Yongsan Garrison.

A Seoul native, Zitniak has been volunteering in Daegu every Wednesday and Saturday since 1995, McCarthy said.

The award was created in 1988 to honor retired Lt. Col. Emma Baird, who served with the Women&#8217;s Army Corps in WWII and the Korean War and is considered &#8220;the founding mother of ACS,&#8221; according to an Area IV news release.

Baird retired from the Army in 1968 but continued to be active in stateside ACS programs until her death in 1987.

ACS was created in 1965 in large part because of her efforts, an Area IV spokesman said.