D-Day plus 60: German students' perspective is one of liberation, not defeat 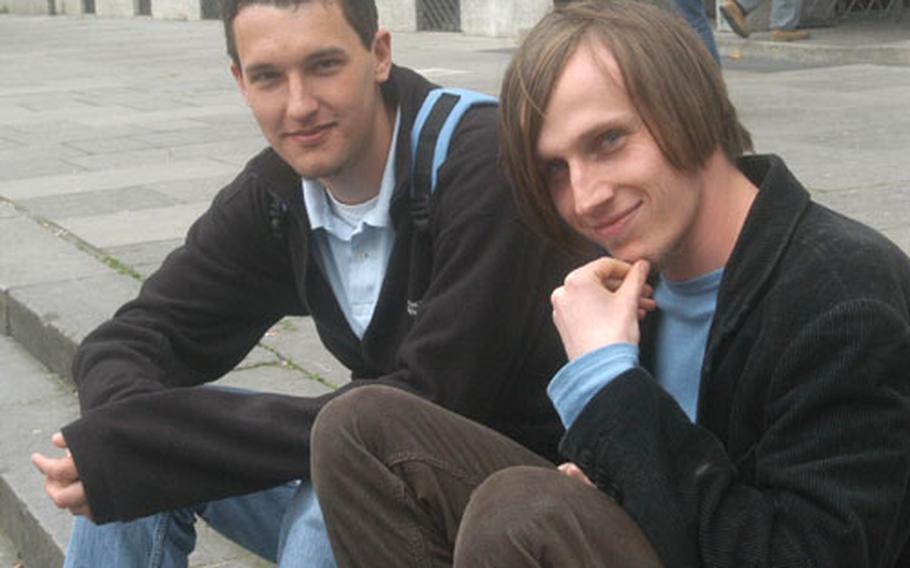 Philipp Trein, 22, of Heidelberg, right, was taught that the Russian Red Army did the bulk of the fighting against the Nazis in World War II, and the Allied victory in France might not have happened without the Russian victory at Stalingrad. Trein&#39;s friend, Nicolai Wydra, 21, of Heidelberg, left, said "most German teenagers are thankful" the Nazis were defeated. (Charlie Coon / S&S)

Philipp Trein, 22, of Heidelberg, right, was taught that the Russian Red Army did the bulk of the fighting against the Nazis in World War II, and the Allied victory in France might not have happened without the Russian victory at Stalingrad. Trein&#39;s friend, Nicolai Wydra, 21, of Heidelberg, left, said "most German teenagers are thankful" the Nazis were defeated. (Charlie Coon / S&S) 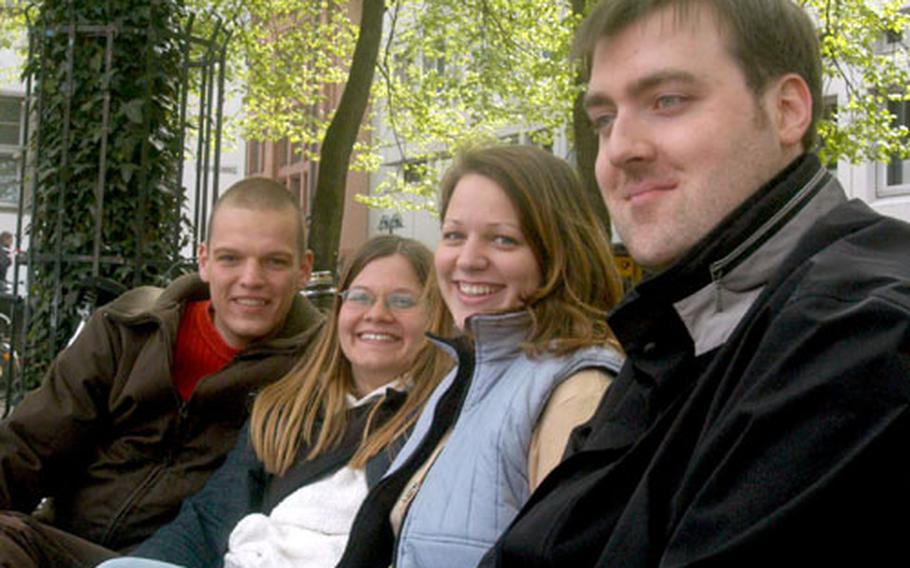 "We were taught how lucky the Allied troops were to land" in Normandy," said Alexander Graf, right, a 25-year-old student at the University of Heidelberg. "There was relatively little damage to the Allied soldiers in relation to what might have happened" if they&#39;d landed to the north at Calais, as Hitler predicted. With Graf are fellow students, from left, Daniel Dettling, Katharina Boeck and Carolin Kahler. (Charlie Coon / S&S) 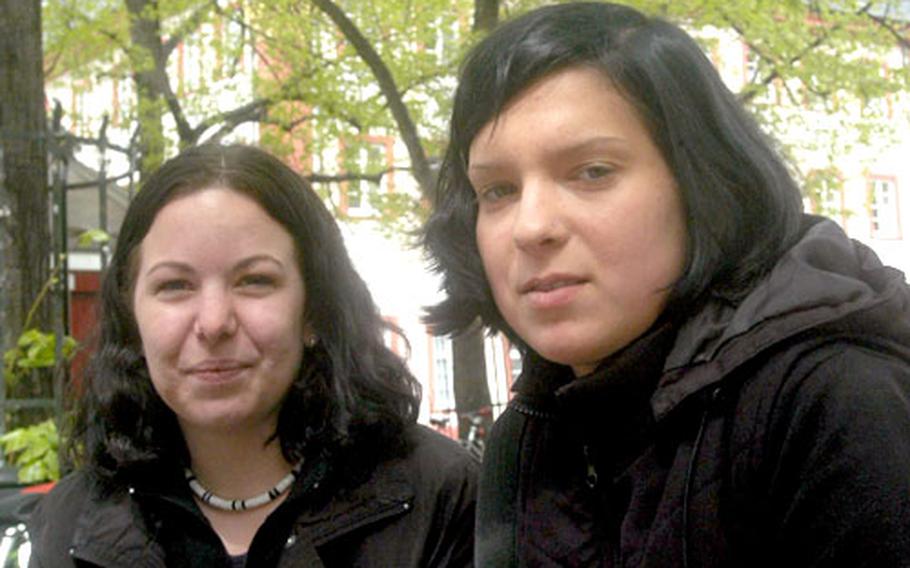 University of Heidelberg students Anna Fischer, left, and Marianne Halter, both 19, learned while growing up about the persecution and killing of Jews during World War II. They were taught that Hitler was a horrible, crazy man. But D-Day? "Oh, &#39;Saving Private Ryan&#39;!&#39;" Fischer said. "So D-Day." (Charlie Coon / S&S)

Young Germans say they weren&#8217;t taught that D-Day and the ensuing battles brought the defeat of Germany in World War II.

They were taught that it helped rid Germany of Adolf Hitler and the Nazis, who forced average Germans to join the military, then invade neighbors such as France.

In other words, they were taught that the Allies liberated Germany, according to some students at the University of Heidelberg in Germany.

This week, an international gathering in France is marking the 60th anniversary of the invasion. For the first time, the German chancellor, Gerhard Schroeder, will be among those attending the official ceremonies.

When it came to ending the Nazis&#8217; reign, D-Day was just part of the story, according to student according to Philipp Trein. The fall of Nazi Germany really began, he said, when the Russian Red Army withstood the Nazis at the battle of Stalingrad, which ended in February 1943.

That battle on the eastern front softened up Hitler&#8217;s army for the fight in France still to come.

The statistics prove him right. More than 11 million Russian soldiers died in the war, compared with 3.2 million Germans and 850,000 Allied troops, according to &#8220;World War II: The Encyclopedia of Facts and Figures&#8221; by John Ellis.

Some of the Heidelberg students hadn&#8217;t even heard of D-Day.

One student said many Germans believed the United States joined the war too late, after invasions of neighboring countries and atrocities against Jews already had happened.

Others said today&#8217;s German youth would like to establish their own identity instead of being saddled by the &#8220;Nazi&#8221; past.

Hitler&#8217;s regime, known as the Third Reich, had a goal of world domination. It also wanted to rid Europe of its Jewish people.

The Nazis ultimately killed 6 million Jews, many by gas, torture and starvation in concentration camps. Many others, estimated at more than 5 million, also were killed &#8212; including Polish Catholics, Soviet prisoners, Serbians, Gypsies, journalists, teachers and political activists.

Marianne Halter, 19, of Offenburg, said her high school class was taken to a concentration camp. But Fischer said she was spared the details at her school.

&#8220;Once [the killings] started and people learned about it, it was too late to do anything about it,&#8221; said Alexander Graf, 25, of Karlsruhe, who said his grandfather was forced to join the Nazi army.

So the defeat of Hitler and the end of the Third Reich were not a defeat for Germany, according to Nicolai Wydra, 21, of Heidelberg.

&#8220;These were good things,&#8221; he said. Graf also said he was taught the Allied forces would have had trouble if they&#8217;d landed at Calais, north of Normandy, on D-Day as Hitler had predicted and prepared for.