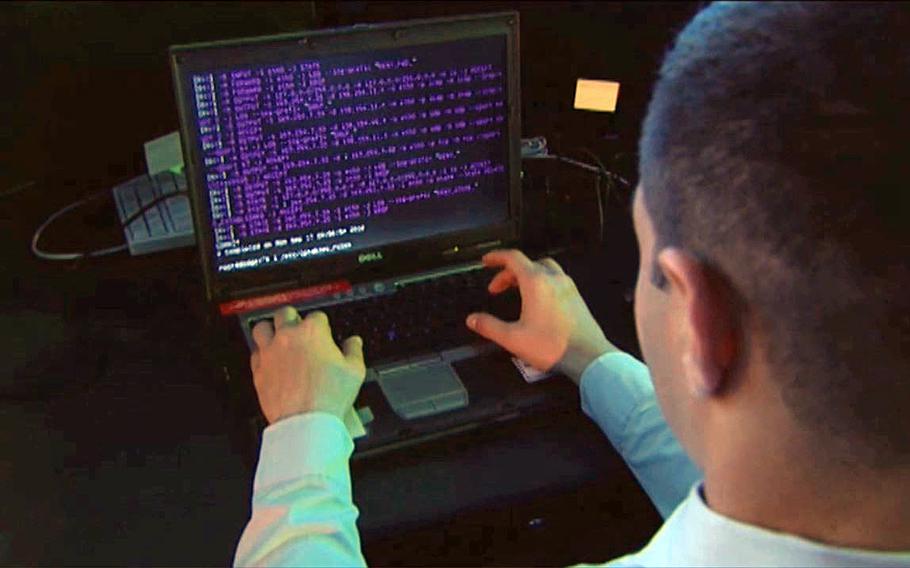 NATO formally designated the cyber domain as a new front line, adding virtual attacks as an area that could demand a collective military response much like a conventional assault from land, air or sea, the alliance’s top official said Tuesday.

Article 5 serves as a linchpin for NATO, asserting a major attack on one member state demands a collective response from the 28-nation military alliance.

Defense ministers met Tuesday at NATO headquarters in Brussels, where allies also agreed to establish four reinforced battalions in the Baltics and Poland and examine the possibility of a multinational brigade in Romania as part of an effort to boost its presence in NATO’s eastern and southern zones.

The measures come as NATO presses forward with what it calls its largest military reinforcement in Europe since the end of the Cold War. The steps, including more than doubling the size of its rapid response force, comes amid concerns about a more “assertive Russia.” NATO maintains all of its actions are in response to Russia’s intervention in Ukraine. Moscow, meanwhile, has said it has no intentions of intruding into NATO territory.

The decision to formally adopt the cyber realm as an operational focus comes as cyber attacks have become a major concern for the U.S.-led alliance. The West has routinely accused Russia and China of carrying out electronic attacks. However, a challenge for allies will be determining when such intrusions elevate to a level that could trigger a collective response from allies.

Not all cyber assaults will necessarily rise to the level of invoking Article 5, Stoltenberg said.

The only time that NATO has invoked Article 5 was after the Sept. 11 terrorist attacks on the United States.

Stoltenberg did not identify Russia or any other nation as an area of cyber focus or outline in detail how cyber’s new operational status will transform the way that NATO is organized. Details still need to be worked out, he said.

“Our cyber capabilities, our cyber defense is not directed against any particular adversary,” Stoltenberg said.

But in an age when conventional military attacks are blended with cyber tactics, it makes sense for NATO to do more, the NATO chief said.

“It is hard to imagine a conflict without a cyber dimension,” Stoltenberg said.