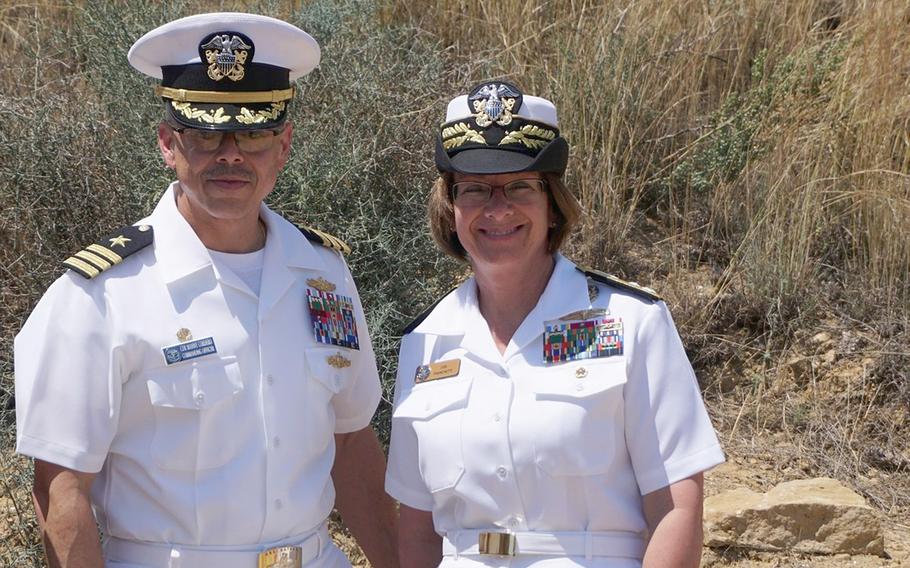 Cmdr. Jesus "Manny" Cordero, left, was fired last month as head of the Naval Computer and Telecommunications Station in Sicily, Italy. He is shown this summer with Vice Adm. Lisa Franchetti, commander of the Navy's 6th Fleet. (U.S. Navy)

The second commander of Naval Computer and Telecommunications Station Sicily has been relieved of duty in the last three years.

Cmdr. Jesus “Manny” Cordero had served as commander of the unit, based at Naval Air Station Sigonella, since January. He was fired Sept. 27.

“An Inspector General complaint resulted in the commander of U.S. Fleet Cyber Command/U.S. 10th Fleet, Vice Adm. Timothy “T.J.” White, directing an investigation into the allegations,” wrote Lt. Cmdr. Ben Tisdale, the command spokesman, in an email to Stars and Stripes. “White relieved Cordero based on the results of the investigation, which brought into question Cordero’s integrity and leadership.”

Cordero’s reassignment is pending and his current job status was not reported. Cmdr. Kelvin McGhee has been appointed acting commanding officer. Cyber Command leadership declined to add any details as the investigation is ongoing.