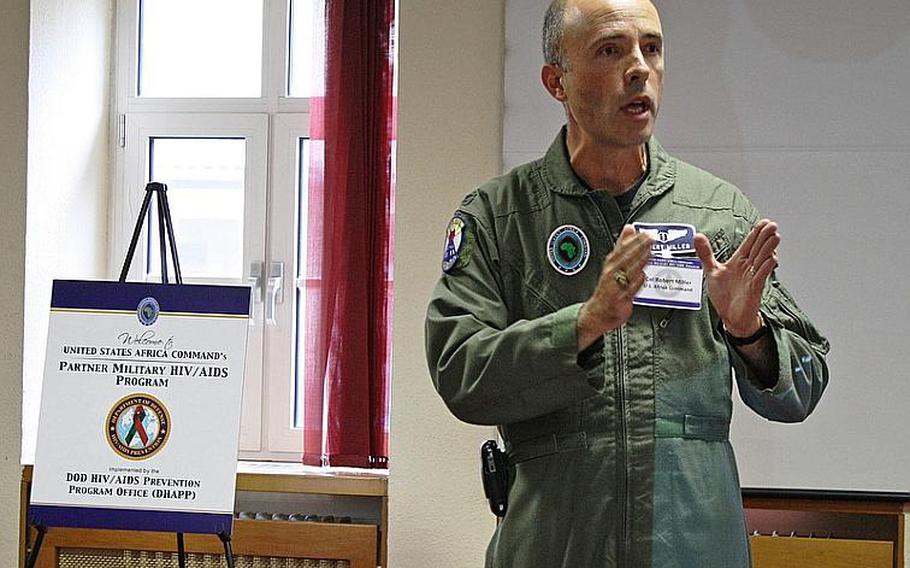 STUTTGART, Germany -- Over the past decade, the rate of HIV infection in the Rwandan military has dropped from 10 percent to 4.1 percent.

But Zimulinda worries that the shrinking DOD budget and a new AFRICOM focus on more traditional military threats will jeopardize that success.

While AFRICOM&rsquo;s new strategic vision doesn&rsquo;t eliminate the kind of soft power programs it has long touted as fundamental to the command&rsquo;s mission, those initiatives will come under more scrutiny as AFRICOM operates in a tougher budget environment, according to command officials.

Much of the five-day conference in Stuttgart, attended by HIV/AIDS program managers and workers from 31 African countries, is expected to focus on techniques and strategies for reducing HIV rates in African militaries. However, the opening day emphasis on a new threat-focused strategy at AFRICOM headquarters also offered a glimpse of how AFRICOM may operate under new commander Gen. Carter F. Ham.

David Knack, AFRICOM strategy specialist, told the group of African health care workers that the command intends to become more focused on operations and exercises aimed at protecting the homeland and preventing terrorist safe havens on the continent.

Building the capacity of African militaries to deal with threats such as al-Shabab in Somalia, al-Qaida-affiliated groups across the Maghreb region, and the Lord&rsquo;s Resistance Army in central Africa are top concerns. So is Libya, Knack said.

Where does HIV prevention figure into the strategy? By keeping African troops healthy.

Building the capacity of African militaries to conduct peacekeeping operations, as they do today in Somalia and other conflict zones such as the Democratic Republic of the Congo, is high on the priority list, Knack said. &ldquo;HIV/ AIDS is a big problem because militaries that are highly infected can&rsquo;t do peacekeeping,&rdquo; he said.

For now, there is no intent to cut funds to those efforts, officials said. But Zimulinda said he and many of his counterparts are aware that could change as the U.S. struggles to emerge from a bad economy.

&ldquo;We are concerned about what the long-term impact will be on the quality of programs we provide,&rdquo; he said. &ldquo;It&rsquo;s going to be about trying to do more with less.&rdquo;