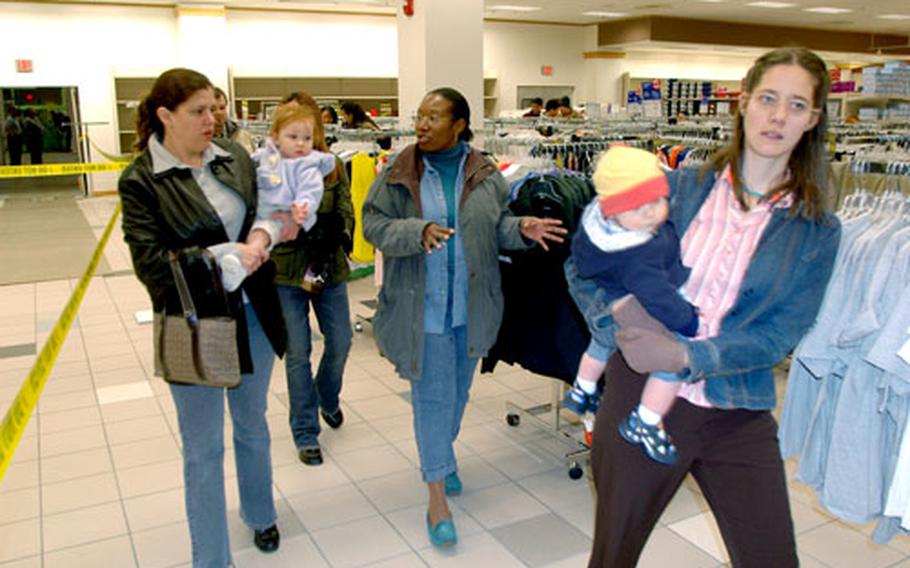 A group from the Sasebo, Japan Naval Base community tours the new Navy Exchange on Friday. (Greg Tyler / S&S)

A group from the Sasebo, Japan Naval Base community tours the new Navy Exchange on Friday. (Greg Tyler / S&S) 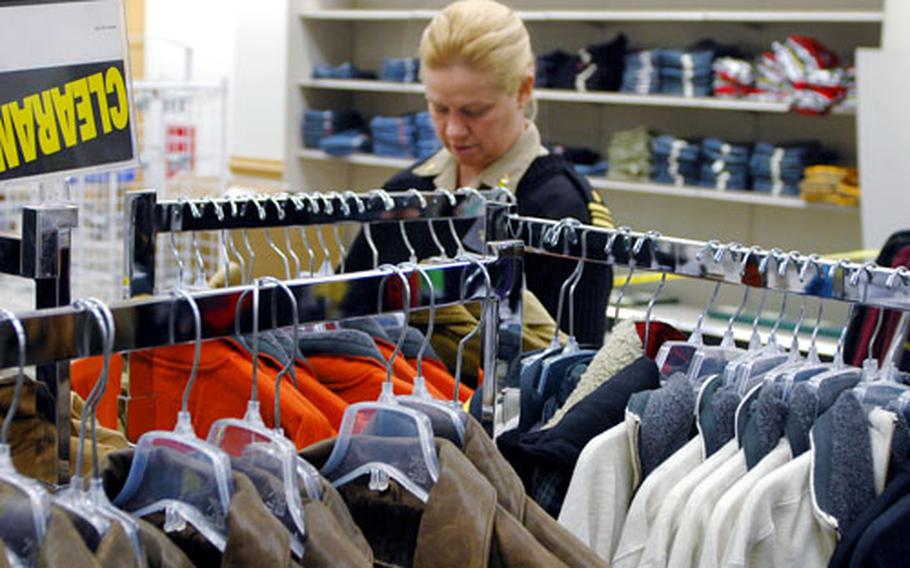 SASEBO NAVAL BASE, Japan &#8212; About 70 people gathered at Sasebo&#8217;s new Navy Exchange on Friday for a ribbon-cutting ceremony and a tour of the store.

Officials opened the 57,000-square-foot store despite yet having to move most of the merchandise from other locations. Nevertheless, shoes and various clothing items were in stock.

The cost to Navy Exchange Command for the store is $15.7 million, said Sasebo NEX General Manager Sandra Franklin. The actual construction represents $12 million of the total.

Sasebo&#8217;s NEX operations on the main base have been fragmented among seven locations in recent years; Hario Housing Village, about 10 miles from the main facility, has three more.

The project is NEXCOM&#8217;s first major investment and construction project at a Japan base, Franklin said. Several years ago, Japan&#8217;s government decided it would no longer build facilities on U.S. bases for retail businesses, she added.

The general manager said employees would gradually move goods from other locations into the new store.

She said phase two involves demolishing the old main store. In conjunction, merchandise from the Four Seasons store will be relocated to the new store in September.

Construction preparation began on the new store site in April.