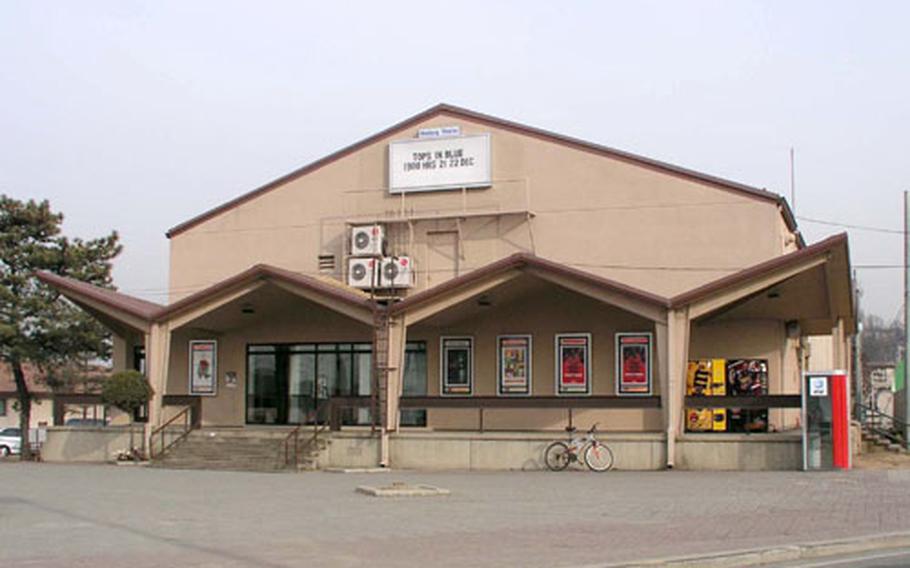 At Osan Air Base in South Korea, the Mustang Theater again is in business after a $1.1 million stem-to-stern overhaul. (Franklin Fisher / S&S)

At Osan Air Base in South Korea, the Mustang Theater again is in business after a $1.1 million stem-to-stern overhaul. (Franklin Fisher / S&S) 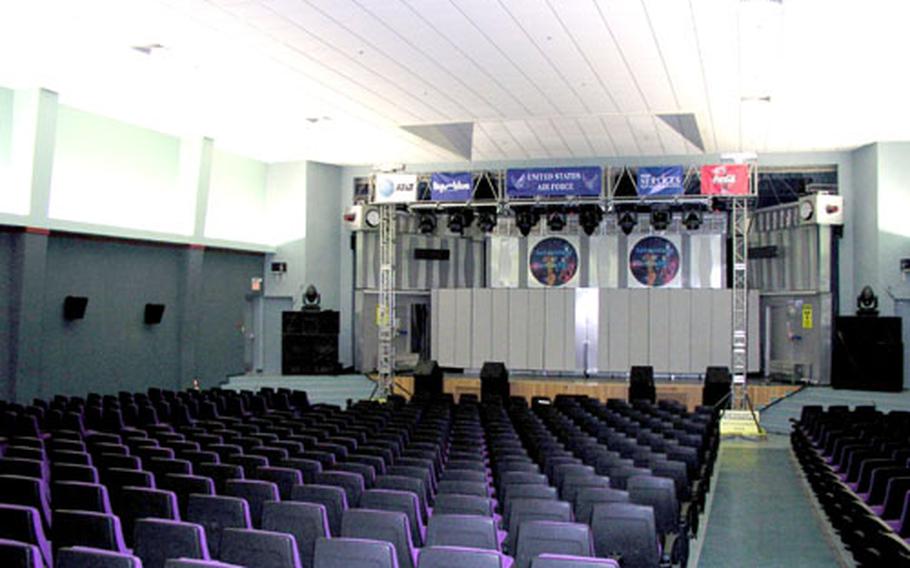 Airmen say the more spacious aisles and moveable seats at the recently-renovated Mustang Theater are especially popular with them. (Franklin Fisher / S&S)

OSAN AIR BASE, South Korea &#8212; Next time Senior Airman Ryan Hunt takes a date to the movies here, there&#8217;ll be no need to arm-wrestle for the popcorn.

Hunt, a Korean linguist with the 303rd Intelligence Squadron, recently was inside Osan&#8217;s newly-renovated Mustang Theater, which again is thriving after closing in April for a $1.1 million stem-to-stern renovation. It&#8217;s been drawing long lines of customers ever since it reopened on Thanksgiving.

The theater, which seats 648, now has wider aisles, improved lighting, a new screen, a $60,000 Dolby digital sound system with 32 speakers, a refinished stage, a new, brightly lit self-service food counter called Reel Time Express, a redesigned exterior that includes changes to the roof and glass frontage at the entrance, and new flooring, walls and ceilings.

But the biggest hit with some airmen may be the new, high-backed, moveable seats, complete with cupholders.

&#8220;They have beverage holders and they rock back and forth just slightly, so that if a person who&#8217;s a little bit heavier than others, gets a chance to lean back a little bit so they can see the screen better,&#8221; Holloway said. &#8220;It sure does make it a whole lot easier for the customer to be able to sit down and enjoy a long movie in a comfortable plush seat.

&#8220;The armrests in the center of the aisle actually go up,&#8221; Holloway said, &#8220;so you can have a little one in between mom and dad, or girlfriend and boyfriend can cuddle a little bit closer together without having an armrest separating them.&#8221;

Hunt said he hasn&#8217;t watched a movie there yet but got his first look at the new theater when he attended a unit briefing recently.

Master Sgt. Eric Jones, who has attended a movie in the refurbished theater, said he found both seats and the sound to his liking.

Even when he was standing in line outside, and later when he was buying food, Jones said, he could hear the sound. &#8220;It echoed out so it was really, really good.&#8221;

Staff Sgt. Robert Parker, like Hunt a Korean linguist with the 303rd Intelligence Squadron, attended a unit briefing at the theater.

The theater can help sustain troop morale in South Korea, which, said Parker, &#8220;is a very tough assignment for a lot of people.&#8221;