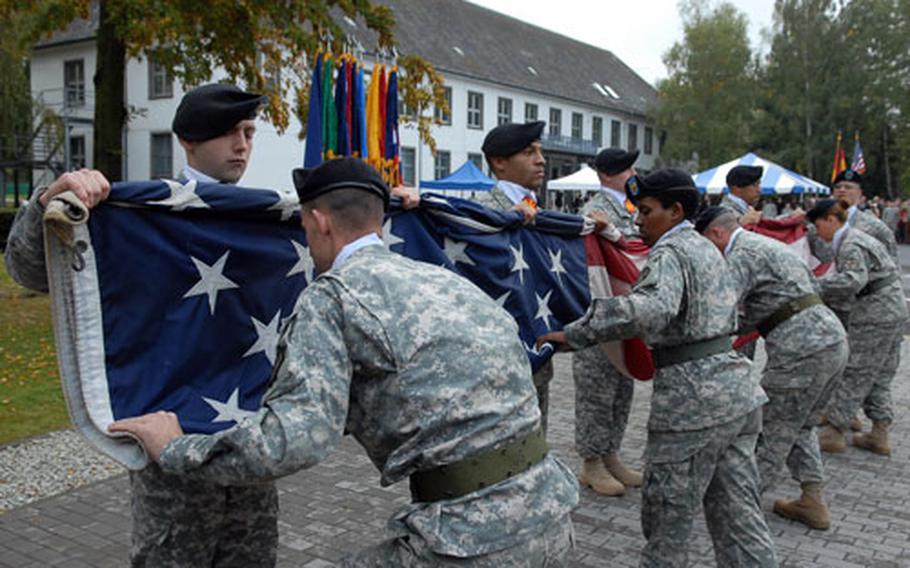 Soldiers from U.S. Army Garrison Hessen fold the flag for the last time in Giessen, Germany, at the closure ceremony for the garrison. (Michael Abrams / S&S)

Soldiers from U.S. Army Garrison Hessen fold the flag for the last time in Giessen, Germany, at the closure ceremony for the garrison. (Michael Abrams / S&S) 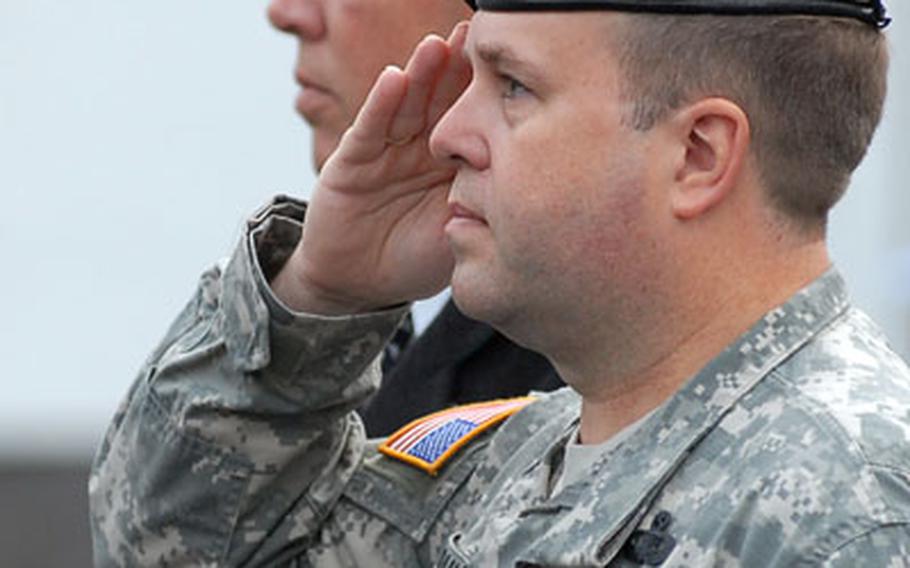 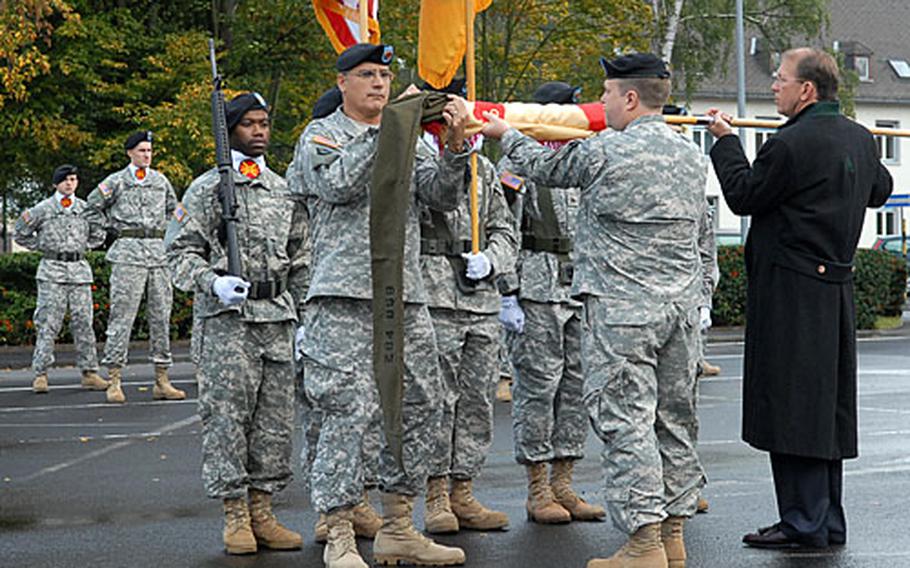 GIESSEN, Germany &#8212; The nine-man Army detail lowered the American flag at the Giessen Depot about an hour before noon Friday, an unusual time of the day to retire Old Glory.

It had to be right on Friday, given the crowd and the occasion.

&#8220;Today&#8217;s ceremony marks the end of the transformation process for U.S. Army Garrison Giessen and the end of the official presence of our military in this community,&#8221; Col. Ray Graham, commander of USAG Wiesbaden, said during the morning closure ceremony.

&#8220;Looking back,&#8221; Graham continued, &#8220;it was on 27 and 28 March, 1945, when American troops first came to Giessen as an occupational force. What they found was a city vastly destroyed through the bombardments of the last year of WWII, including a military base, formerly occupied by German air force units, which was in shambles.&#8221;

In the years that followed, both the city and the base were cleared of debris and rebuilt. Giessen became a main supply and support hub for the Army. Even the Army and Air Force Exchange Service used Giessen as a major distribution center.

Friday&#8217;s ceremony was in front of the old 1st Engineer Brigade, 1st Armored Division headquarters building. Once a bustling block of activity, the hallways now have a distinct echo and many, if not all, of the rooms are empty.

Besides the engineers, the military community was home to soldiers in artillery, signal and support battalions. But the community extended well beyond the city of Giessen to include Friedberg, Butzbach and Bad Nauheim. Friedberg, headquarters of the 1st AD&#8217;s 1st Brigade Combat Team, lowered its flag earlier this year after returning from a tour in Iraq.

When U.S. Army Europe announced in May 2003 that it would close its Giessen-area bases by 2008, there were roughly 3,400 soldiers and some 5,000 family members in the various communities.

&#8220;The U.S. Army Garrison Giessen has always played a major role in supporting soldiers and their families,&#8221; said Craig Birchard, the garrison manager who has been overseeing the closure.

Many of people who attended Friday&#8217;s event were Germans who have worked for the Army for years. There weren&#8217;t many smiles. Given Giessen&#8217;s remote location, most will probably not work for the Army again.

During the invocation, Chaplain (Col.) Larry Robinson asked civilians and soldiers alike to &#8220;be thankful for having traveled through these hallowed gates.&#8221;

After the speeches, the USAREUR band played and the detail went to work on the American flag, which never looks as large as when it is lowered to the ground.