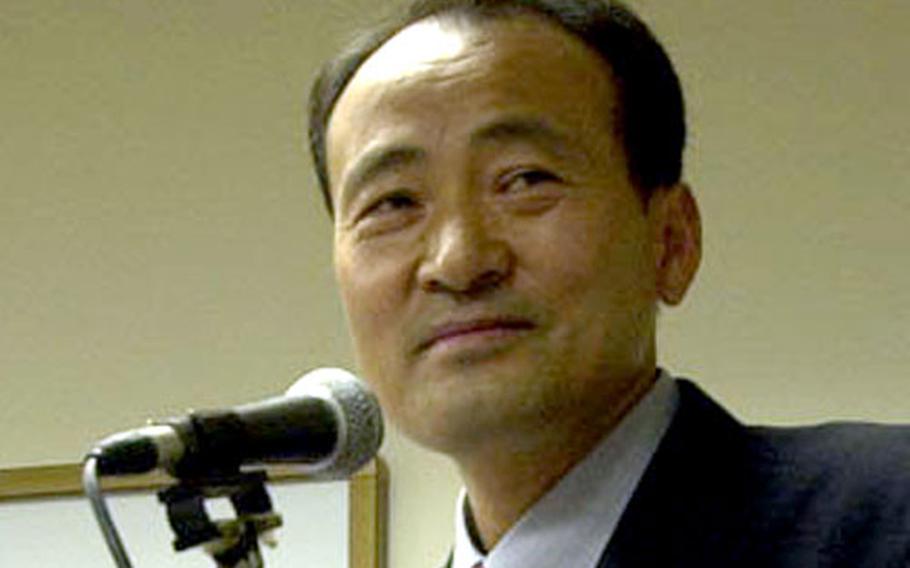 YONGSAN GARRISON, South Korea &#8212; The curator for The War Memorial of Korea visited Yongsan&#8217;s main post library Thursday to talk with residents about the beginning of the Korean War.

Saturday is the 55th anniversary of the beginning of the war. Kang Chang-kook, curator and former South Korean army major, talked for about 45 minutes about his thoughts on history.

He said part of what he does as museum curator is educate younger Koreans about the importance of the 1.78 million U.N. forces who fought in Korea.

He stressed that the U.S. troops should visit the museum, which borders Yongsan&#8217;s main post &#8212; entry is free with a U.S. military identification card &#8212; and other historic spots such as &#8220;Freedom Bridge&#8221; and Panmunjom, which sits on the Demilitarized Zone separating North and South Korea.

Kahl said he wanted to listen to Kang because &#8220;it seemed like an appropriate topic given our mission here.&#8221;

Janell, who&#8217;s visiting Seoul before heading to college this fall, said she learned some things she didn&#8217;t know about the war.

Kim Imsoon, director of Area II&#8217;s four libraries, said the goal in inviting Kang to speak was to let Americans hear another point of view.

She appeared impressed by Kang&#8217;s mission to educate younger Koreans about the United Nations&#8217; impact on the peninsula.

&#8220;My parents went through the war, so I grew up hearing about war&#8221; and how terrible it was, she said, adding that many of the younger generation lack that knowledge.