Crowds cheer POWs as they depart Germany for U.S. 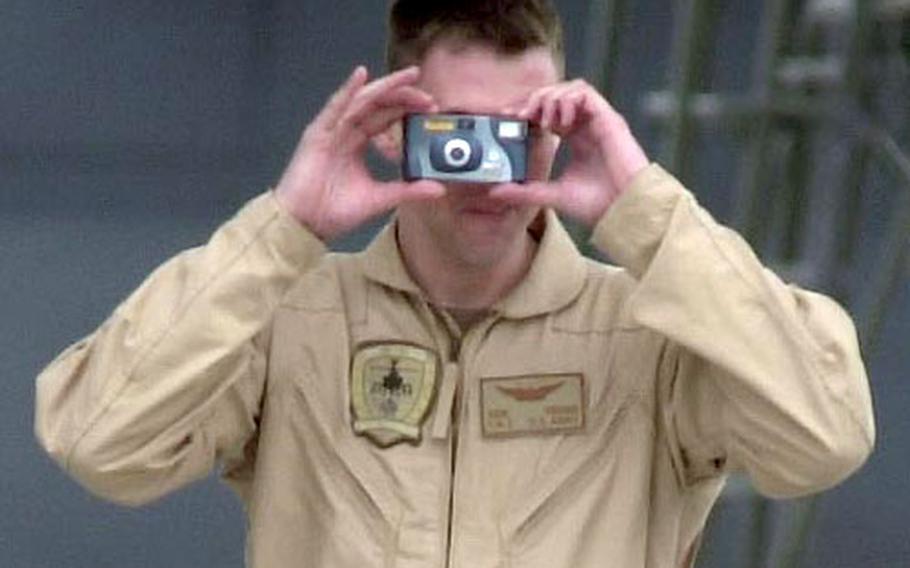 Chief Warrant Officer, Ronald Young Jr. stops to take a picture of the the throng of supporters and media gathered at Ramstein as he and the other former POWs were boarding a U.S. Air Force C-17. (Raymond T. Conway / S&S) 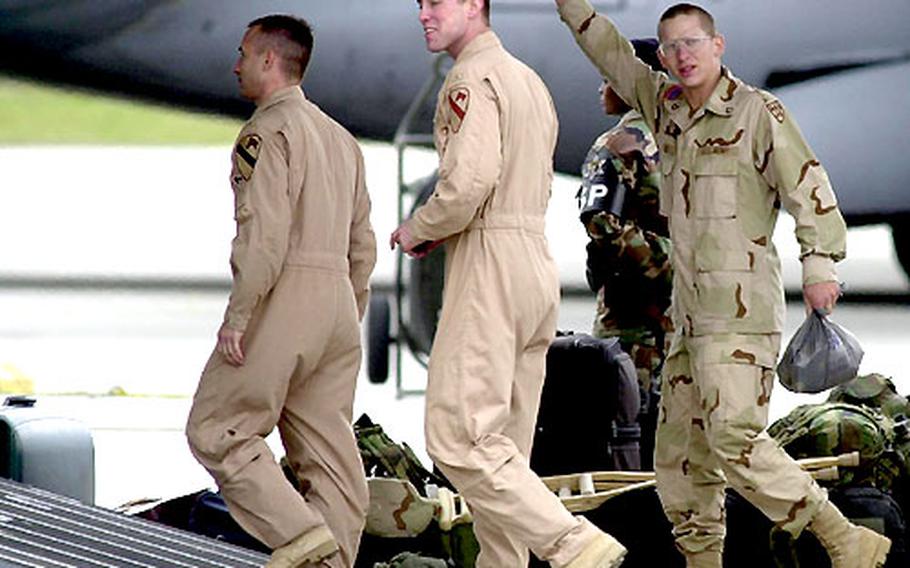 From left, Chief Warrant Officers David S. Williams and Ronald Young Jr., and Pfc. Patrick Miller, wave to the crowd as they board the C-17 for the journey home. (Raymond T. Conway / S&S) 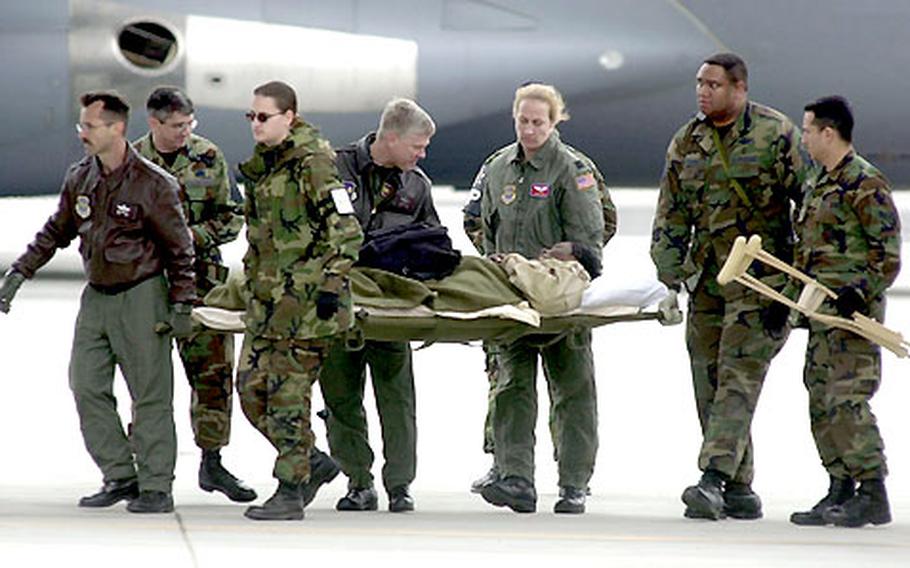 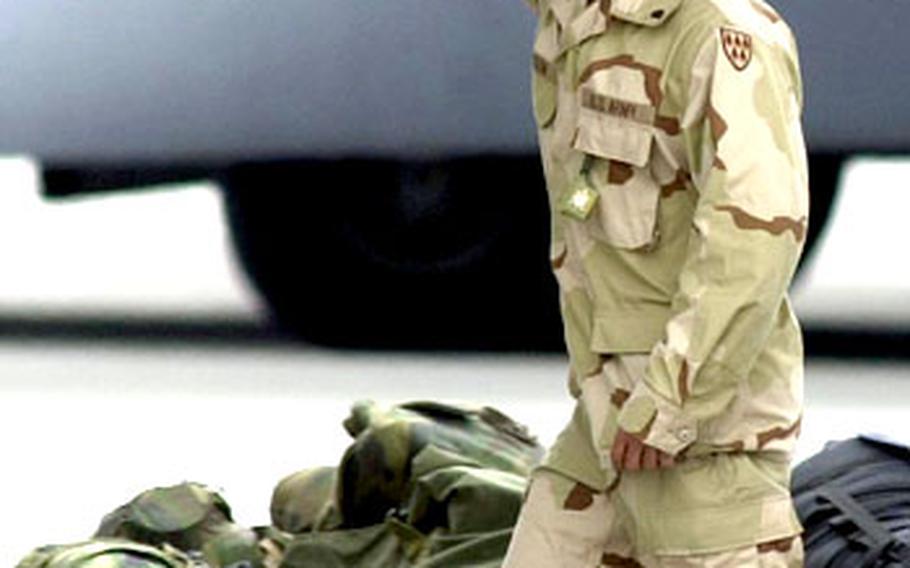 RAMSTEIN AIR BASE, Germany &#8212; A small crowd of well-wishers braved biting winds on Ramstein&#8217;s flight line Saturday to see off seven former prisoners of war returning to the United States.

Waving American flags and a banner that read &#8220;Proud of Our Warriors,&#8221; the crowd cheered when the seven soldiers emerged from a medical bus and climbed on board a waiting C-17 Globemaster. The soldiers had been recuperating at Landstuhl Regional Medical Center for three days after returning from Kuwait.

Her fellow 507th Maintenance Company members, Spc. Edgar Hernandez, 21, who was shot in the elbow, and Spc. Joseph Hudson, 23, who was shot twice in the ribs and once in the buttocks, according to news reports, both were able to walk to the plane. 507th members Pfc. Patrick Miller, 23, and Sgt. James Riley, 31, also walked onto the plane.

The unit is the same one to which former POW Pfc. Jessica Lynch, 19, belongs. Lynch spent nearly two weeks at Landstuhl Regional Medical Center before flying to the United States last weekend. The unit members were captured near Nasiriyah on March 23.

The C-17 departed Ramstein just before 3 p.m. Saturday. Before it took off, the Apache pilots lifted an American flag given to them by a member of the crowd out an open hatch on top of the plane.

The C-17 first would make a stop at Fort Bliss, Texas, to drop off the 507th members at their home station. It then would continue to Fort Hood, home of the 1st Cavalry Division, to drop off the pilots, Ramstein spokesman Maj. Mike Young said.

The soldiers and a team of psychiatrists, doctors and a chaplain were the only passengers on the aircraft, Young said.

Among those seeing off the soldiers was George Ewart, a 67-year-old retired Vietnam veteran wearing a ball cap that read &#8220;All Gave Some, Some Gave All.&#8221;

He and retired Army Col. Lee Askelson, 67, were waiting for a flight at the passenger terminal when an announcement was made that the former POWs would be departing just outside.