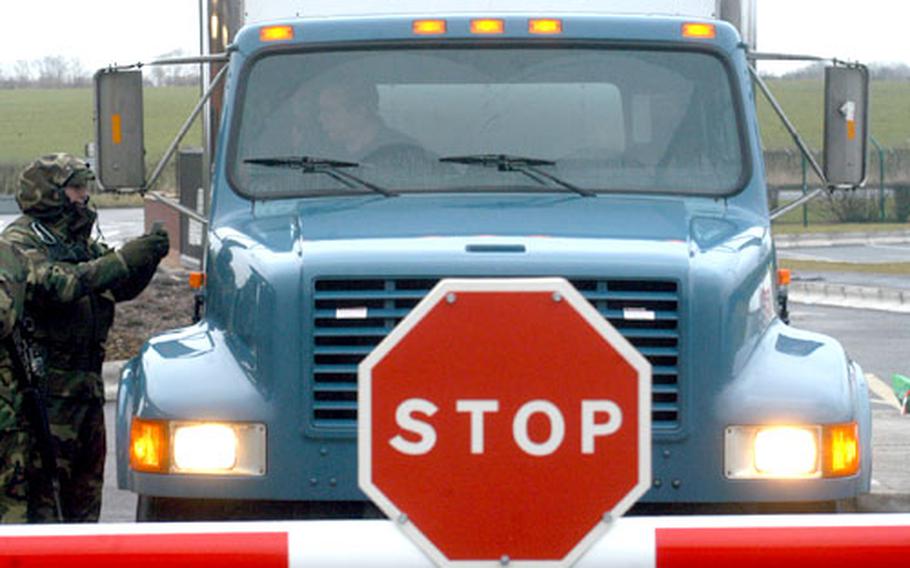 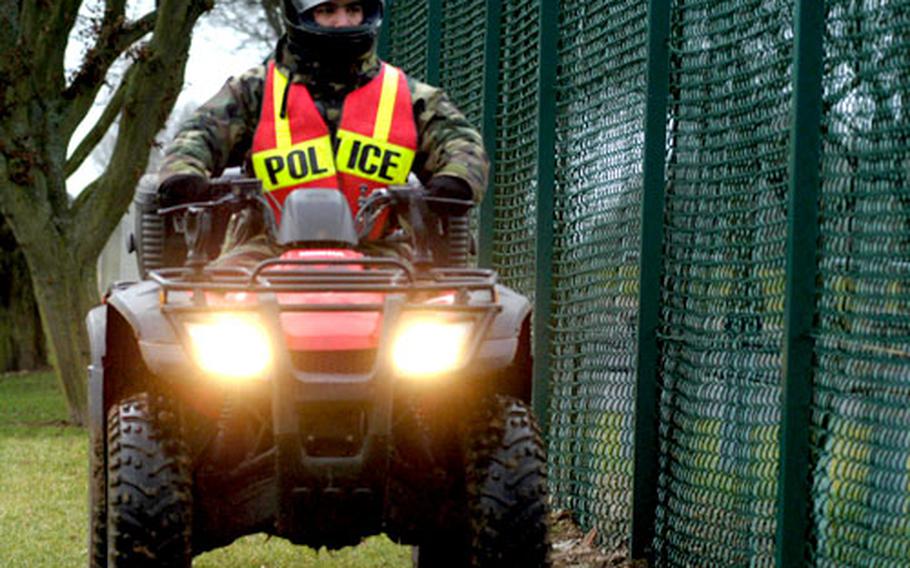 Airman 1st Class Anthony Harmon, an installation patrolman for the 422nd Security Forces Squadon, drives an all-terrain vehicle along the perimeter fence of RAF Croughton last month. Patrolmen use ATVs to check for any suspicious activity in areas that patrol cars can&#39;t get to. (Sean Kimmons / S&S) 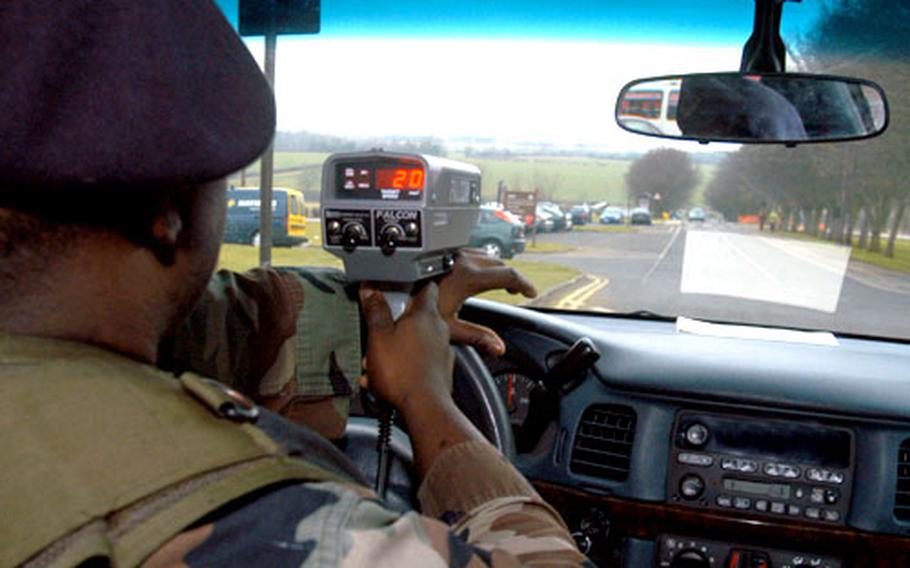 Airman 1st Class Omar Harris, an installation patrolman for the 422nd Security Forces Squadron, uses a radar to check the speed of a motorist at RAF Croughton last month. Harris is optimistic that his squadron will take the Air Force-wide title. (Sean Kimmons / S&S)

Approximately 80 airmen, Ministry of Defence police and civilians make up the small-sized squadron, which is charged with providing security for the base&#8217;s secretive command, control, communications and computer resources. For its efforts, the 422nd was named the best active-duty small security forces unit throughout U.S. Air Forces in Europe for 2005. In April, the 422nd will find out if it won the Air Force-wide title.

On a blustery cold day in late February, the squadron&#8217;s mission went on like any other day. Patrol cars conducted presence patrols, patrolmen checked IDs and suspicious vehicles at the main gate, speed traps were set up and patrolmen nicknamed &#8220;Romeos&#8221; roamed the base perimeter fence on all-terrain vehicles.

Every day isn&#8217;t normal, though, as scheduled and unscheduled protests are held outside the base throughout the year. There have even been incidents of protesters entering the base illegally, said Staff Sgt. Jerron Alford, a flight chief for the 422nd.

Over the years, as with many other military bases, RAF Croughton has beefed up its defense.

Not more than three years ago, the base had nothing around its perimeter, but now it is surrounded by an 8-foot-high barbed-wire fence, Rowe said. Last year, the base spent $1.2 million to modernize its main gate.

The 422nd, which switched from a flight to a squadron last year, has been making its own changes to policies, procedures and tactics, Rowe said. A $1.1 million project also is under way to remodel the squadron&#8217;s headquarters.

With its satellites in plain view of a dual carriageway, RAF Croughton can be easily seen by anybody who cares. That&#8217;s why extra security measures, especially performed by the 422nd patrolmen, can be vital, Rowe said.