Cromwell was a ruler without the royal roots 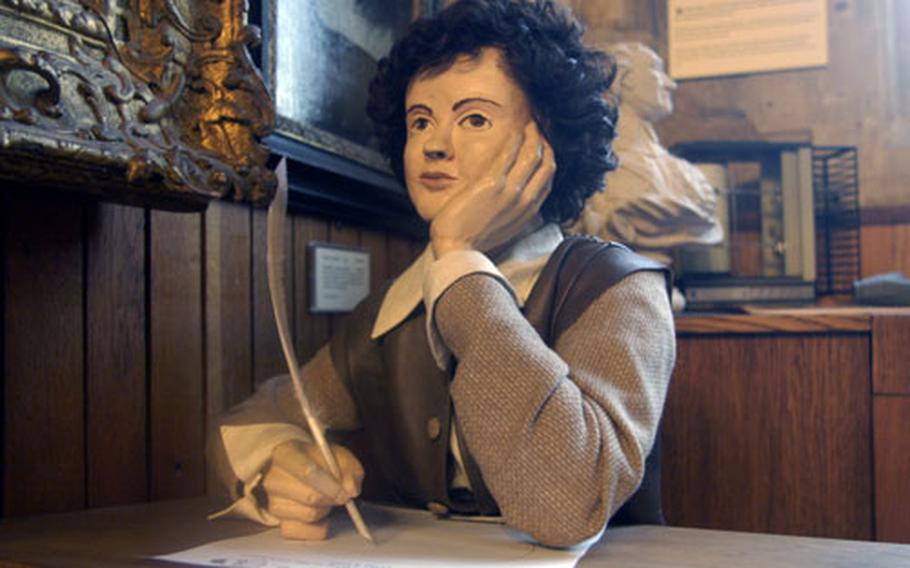 A young Oliver Cromwell sits at a replica of a desk from the early 1600s period in which he attended school in the building that is now a museum to Cromwell, one of the few commoners to become leader of England. (Jason Chudy / S&S)

A young Oliver Cromwell sits at a replica of a desk from the early 1600s period in which he attended school in the building that is now a museum to Cromwell, one of the few commoners to become leader of England. (Jason Chudy / S&S) 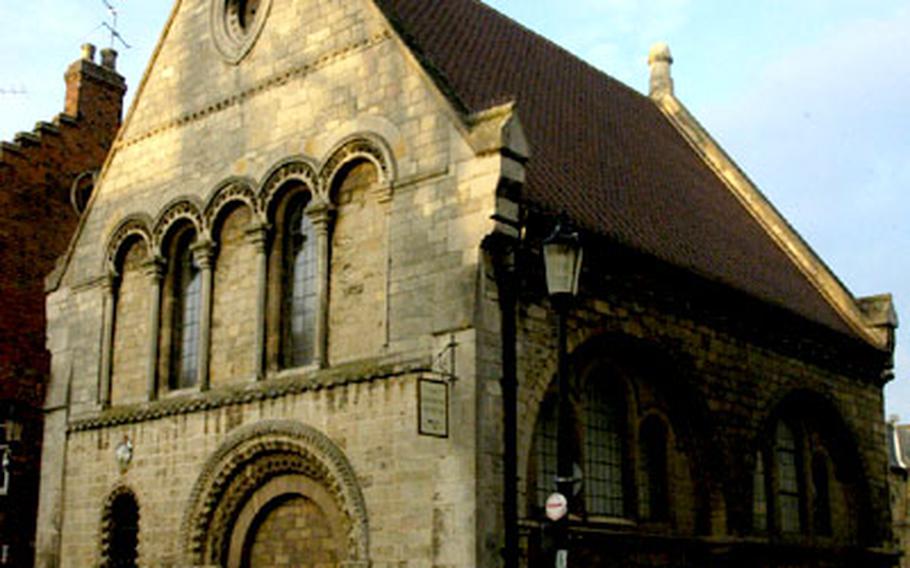 The Oliver Cromwell museum in Huntingdon is in the English leader’s former school. The building originally was much larger, as it was built as a hospital in 1160, then partially taken down, with this remaining part turned into a school in 1565. (Jason Chudy / S&S)

Oliver Cromwell, a commoner, became one of the few nonroyals to rule England and was even offered the king&#8217;s crown.

He is remembered in his hometown of Huntingdon, a few miles south of RAF Alconbury, with a small, centrally situated museum.

Located on the town&#8217;s High Street, the Cromwell Museum gives visitors a look at the man and his rise to lead England after its mid-17th- century civil war.

Cromwell attended school in the building that now serves as the museum. He was born just down the street.

Cromwell led parliamentary troops (those opposed to the king) in many English civil war battles, including a decisive victory at Naseby, about 20 miles west of RAF Molesworth.

Portraits of Cromwell and various family members are placed along the museum&#8217;s walls, and display cases filled with various items are packed tightly throughout.

One display case holds Cromwell&#8217;s felt hat, another his gunpowder flask. One larger display shows the dress and weaponry of a civil war soldier, including a short pike.

A full-sized, 16-foot pike is behind the desk where Butler sat.

While Cromwell is the main focus, a few displays recognize both the building that houses the museum and the town.

One display shows a model of the medieval hospital that sat on the site. After the hospital&#8217;s closure, the small portion that now serves as a museum became a school, which Cromwell attended in the early 1600s.

Another display shows the 800-year-old charter that officially recognized Huntingdon as a town.

For those who live in or near the town, the museum is a nice place to kill some time during, say, an afternoon of shopping. Lots of items in the display cabinets will mean that return visits will probably guarantee visitors a chance to see something new when they visit.

There also is a Cromwell museum in Ely, near RAFs Mildenhall and Lakenheath.

Visiting the museumThe Cromwell Museum is in downtown Huntingdon on High Street. There is no admission fee.

The museum is closed on Mondays.

More information is available on the museum&#8217;s Web site.

Not left to rest in peace

Oliver Cromwell holds a unique distinction: He probably is the only man ever to be &#8220;executed&#8221; more than two years after his death &#8212; and is believed to be buried in more than once place.

And then things got really weird.

His skeleton &#8212; or at least everything other than his head &#8212; was then likely buried near London&#8217;s Marble Arch, according to a pamphlet put out by The Cromwell Association.

Cromwell&#8217;s skull was again buried, this time somewhere near the college&#8217;s chapel.

So not only was the commoner who turned down the crown executed after his death, but his head is buried about 70 miles away from the rest of his body.

If, that is, his body is really buried near Marble Arch. And if that is really Cromwell&#8217;s skull.