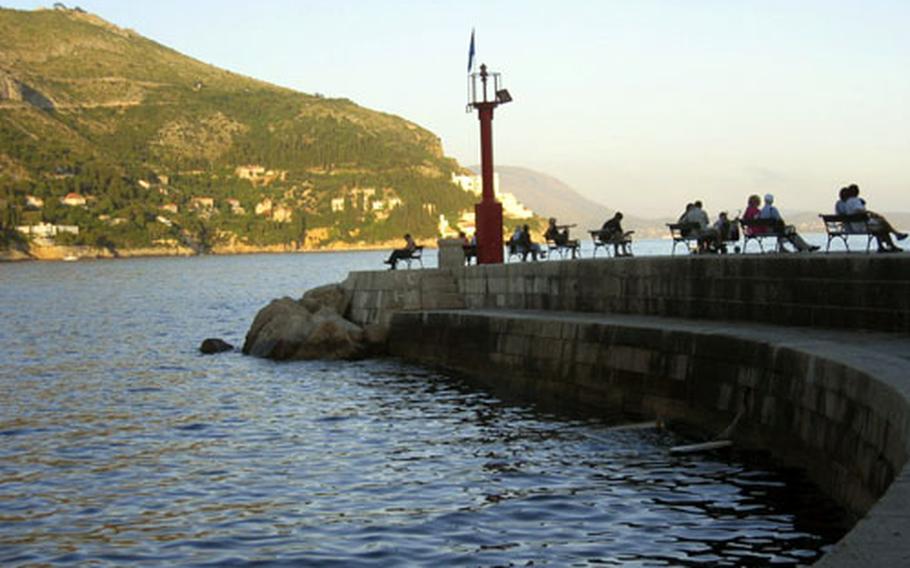 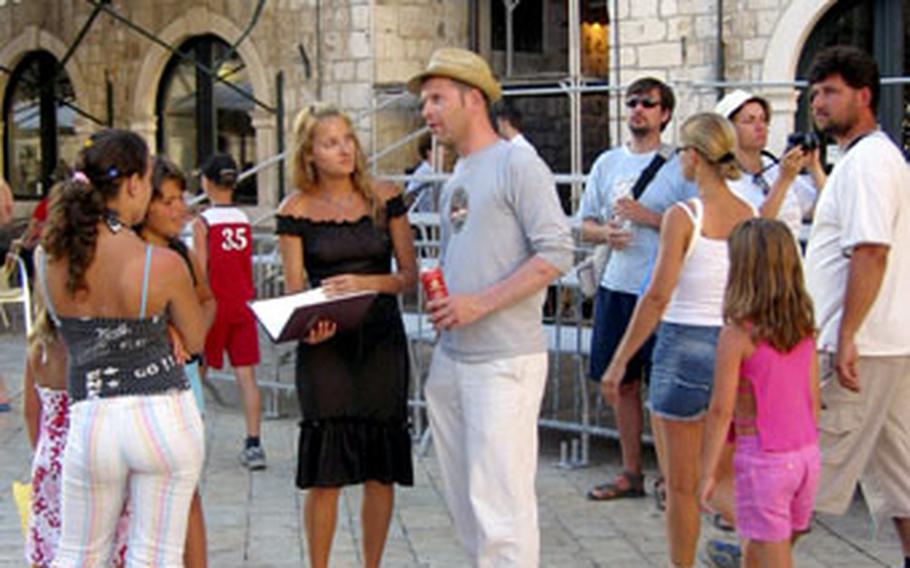 Restaurants in Dubrovnik, Croatia, use pretty faces in their attempts to attract diners. (Karen Bradbury / S&S) 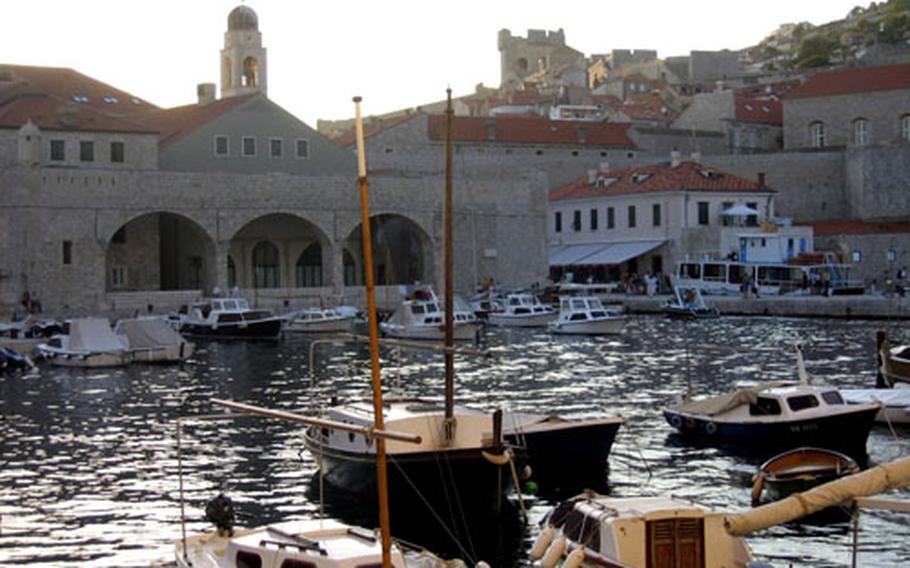 The old harbor at Dubrovnik, Croatia, is a peaceful place to sit and watch life go by. (Karen Bradbury / S&S)

It&#8217;s a seemingly stark contrast to information provided to Europe-based troops by the June issue of Connection, a free guide from the U.S. Army Garrison Hessen Marketing Division that highlights Moarale, Welfare and Recreation services, sports, entertainment and travel in Europe.

&#8220;While many people are unsure if the country is safe to travel to, Croatia is actually a peaceful and safe country to visit,&#8221; reads a portion of the six-page feature titled &#8220;Croatia: a destination full of history and beauty.&#8221;

Croatia might have a breathtaking coastline, beautiful beaches and bright sun, but military officials have determined a threat remains to U.S. forces operating in the former war-torn nation, said Maj. Steve Wollman, a U.S. European Command spokesman. Croatia earned its independence from the former Yugoslavia in 1991. U.S. forces now primarily are stationed at the embassy in Zagreb, the capital.

Calls to the U.S. Embassy in Zagreb were referred to the Pentagon.

Troops eligible to receive imminent danger pay collect $225 a month. The tax-free benefit means military personnel do not have to pay federal taxes on money earned in areas listed as eligible. The Internal Revenue Service publishes the definitions and list of eligible countries, and the airspace above each, on its Web site: www.irs.gov/...

The benefits are applied in monthly blocks. So, a servicemember who served just one day in a combat zone would be exempt from paying federal taxes for that entire month and collect the full imminent danger amount.

In May, roughly 50 sailors from Naples, Italy, traveled to Split, Croatia, to be part of a Medal of Honor presentation ceremony that took place on the flight deck of the USS Enterprise, anchored a few miles from Split&#8217;s breathtaking shoreline. They&#8217;re eligible to take advantage of the benefits.

&#8220;To put this in context &#8212; this was the number of people that was deemed necessary to properly recognize and support an event that commemorated an important day for the naval service and was viewed by many as a once-in-a-life-time experience,&#8221; said Lt. Chris Servello, a 6th Fleet spokesman.

Twenty-two were members of the 6th Fleet band, which performed. Others were chief petty officers who paid homage to one of their own, Chief Watertender Peter Tomich, who was posthumously awarded the Medal of Honor for his actions aboard the USS Utah attacked in Pearl Harbor on Dec. 7, 1941.

&#8220;Considering that the awardee was a chief petty officer, and as part of our developing leaders priority, this was dubbed a day to celebrate that extremely valuable rank,&#8221; Servello said.

The roughly 6,000 sailors of the Enterprise received no additional tax benefits from the port visit to Croatia, because they qualified for the saving upon entering the 5th Fleet area of responsibility that same month.

&#8220;The deployment of ships, aircraft and personnel to these areas to conduct training, port visits or similar activities are highly scrutinized as we weigh the burden to the taxpayer versus the strategic and diplomatic benefit,&#8221; Servello said.

Find out what types of military compensation are taxable using this handy guide provided by the IRS.