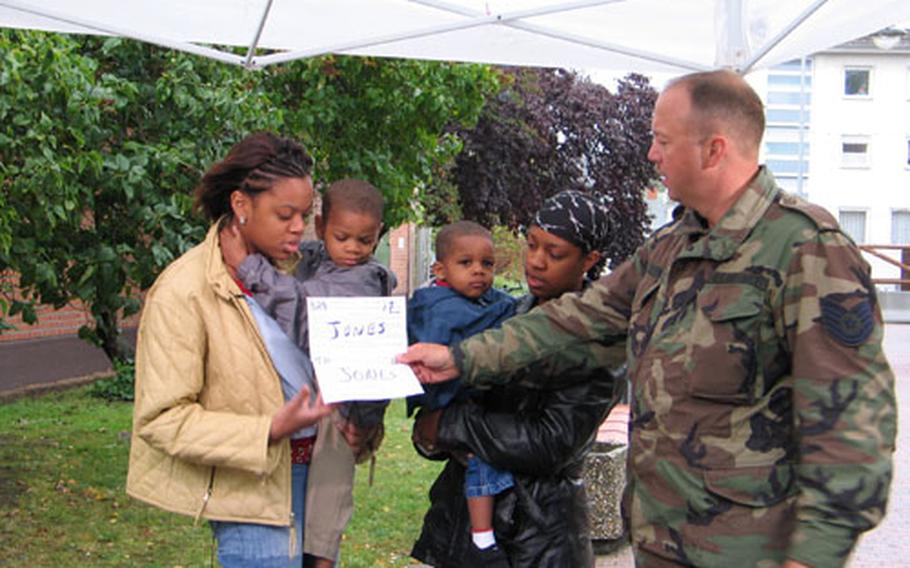 It&#8217;s time again to send out those hometown greetings.

Army and Air Force camera crews are visiting bases in Germany to record greetings that will air on local stateside radio and television stations during the December holidays.

The crew recorded more than 100 greetings in Bamberg last week. It is scheduled to be in Mannheim on Monday, Heidelberg on Tuesday, Baumholder on Wednesday, and Ramstein on Thursday and Friday.

The tour continues in Kaiserslautern on Oct. 2-4, Sembach on Oct. 5 and Spangdahlem Oct. 7-8.

A different crew is scheduled to tape greetings Monday and Tuesday at U.S. bases in Okinawa.

Those interested in taping a greeting should contact their base&#8217;s public affairs office for details, according to Elaine Leist, deputy to the commander for the 415th Base Support Battalion in Kaiserslautern.

&#8220;They [camera crews] come to the community, the PAOs take the lead and schedule appointments for soldiers and families,&#8221; Leist said.

The taped messages are then sent to local news stations and aired throughout the holidays.

Military members, families and Department of Defense civilians can participate, Leist said. Many times, she added, parents dress up their toddlers in Christmas fineries for the greetings.

&#8220;Even if your spouse is deployed, we encourage the spouses left behind and their children to participate in this,&#8221; Leist said.

Nearly 8,000 greetings are expected to be collected throughout the Pacific, European and Southwest Asia regions, according to the U.S. Marines in Japan Web site. The tapes would then be sent to more than 2,000 radio, television and cable stations throughout the United States for airing in the servicemembers&#8217; hometowns.