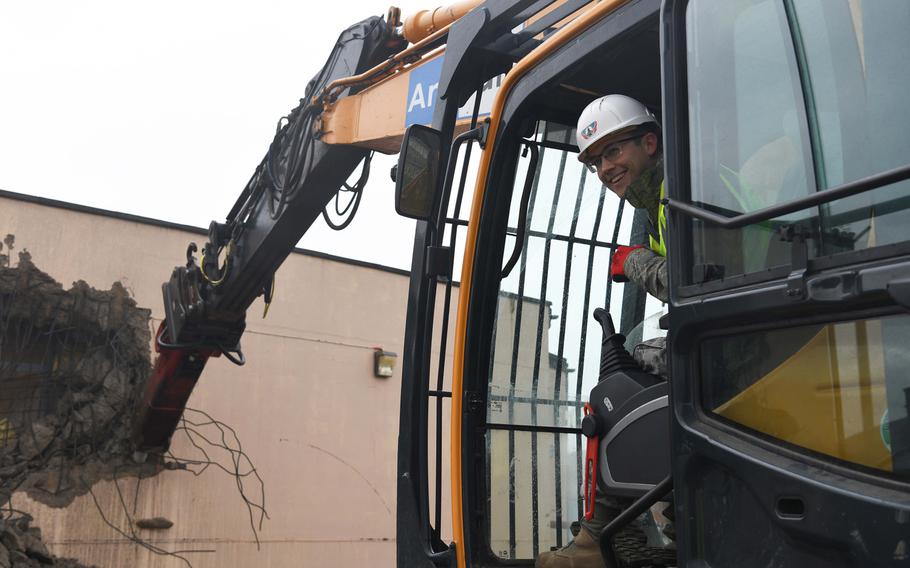 Demolition work has started in preparation for the future F-35A Lightning II squadrons at Royal Air Force Lakenheath, England, March 6, 2019. The demolition of building 1290 is a part of the 48th Fighter Wing's effort to prepare for the first aircraft arrival projected for late 2021. ()

Demolition work has started in preparation for the future F-35A Lightning II squadrons at Royal Air Force Lakenheath, England, March 6, 2019. The demolition of building 1290 is a part of the 48th Fighter Wing's effort to prepare for the first aircraft arrival projected for late 2021. () 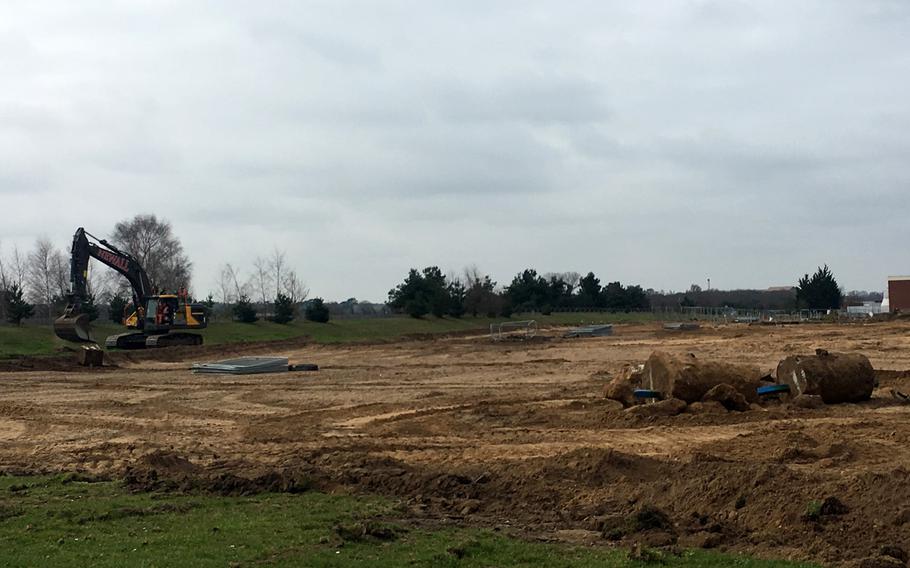 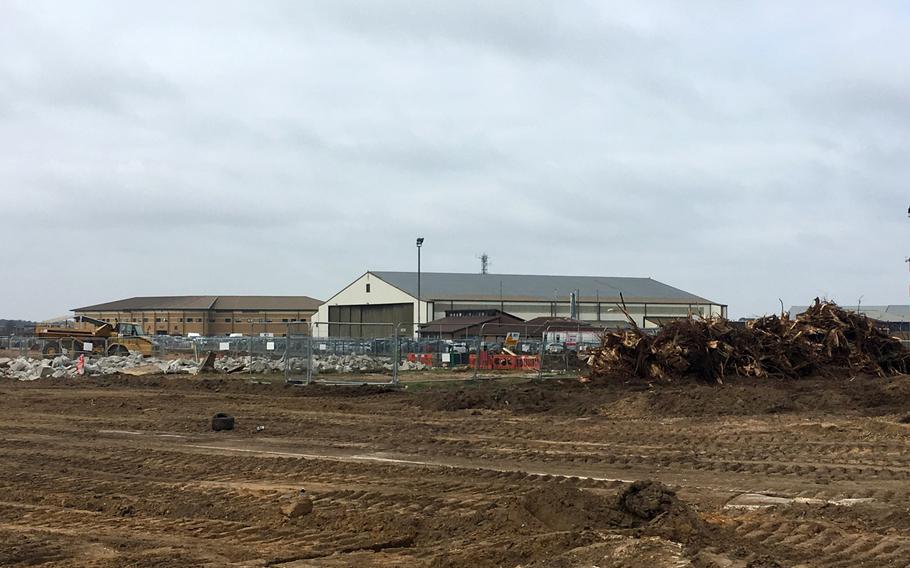 Buy Photo
Waste materials left over from building demolition work clearing space for new F-35 squadron facilities at RAF Lakenheath, England, Thursday, March 21, 2019. All waste materials will be resourced for other projects or properly recycled, according to the British government. (William Howard/Stars and Stripes)

RAF LAKENHEATH, England — Demolition crews have begun clearing buildings on this base in eastern England, breaking down concrete and steel to make way for the U.S. military’s newest fighter jets.

Workers on Thursday leveled the ground after earlier this month using a hydraulic excavator to chew apart the heavily reinforced buildings, as part of preparations for two U.S. F-35A Lightning II stealth jet squadrons slated to arrive in 2021.

“The 48th Fighter Wing is excited to start the demolition of existing facilities to clear the site for the F-35 campus,” Air Force Col. Christopher Leonard, 48th Mission Support Group commander, said in a statement.

The effort is in collaboration with the United Kingdom’s Defense Infrastructure Organization.

The Suffolk base will be the first permanent international site for U.S. Air Force F-35s in Europe. The Royal Air Force currently has nine F-35s in its inventory, stationed nearby at RAF Marham.

The demolition work began as the White House seeks to free up some $3.6 billion by possibly delaying or canceling planned Pentagon construction projects to fund a border wall along the U.S.-Mexico border.

Earlier this week, the Pentagon released a list of $12.9 billion worth of projects that had not been awarded contracts as of Dec. 31 and could be defunded to build the wall.

The 21-page list includes more than $600 million in projects in Europe, including construction at U.K. bases Croughton, Fairford and Lakenheath. Barracks projects, including an F-35 squadron dormitory at Lakenheath, won’t be impacted, according to a fact sheet accompanying the list.

No projects for which contracts have already been awarded or which are expected to be awarded before the end of September were included on the list.

The British government awarded a $205 million contract for the RAF Lakenheath construction project to a joint venture between U.K.-based firms Kier and VolkerFitzpatrick in November.

The deal was the first in a large program to support Air Force operations in the U.K., with a further $1 billion expected to be invested over the next seven to 10 years, the DIO said.

About 700 contractors are expected on base at the height of construction for the F-35 campus. Once complete, it will host an additional 1,200 U.S. airmen and 48 aircraft assigned to the U.K.

More than 9,100 servicemembers were assigned to the country as of December, according to Pentagon data.