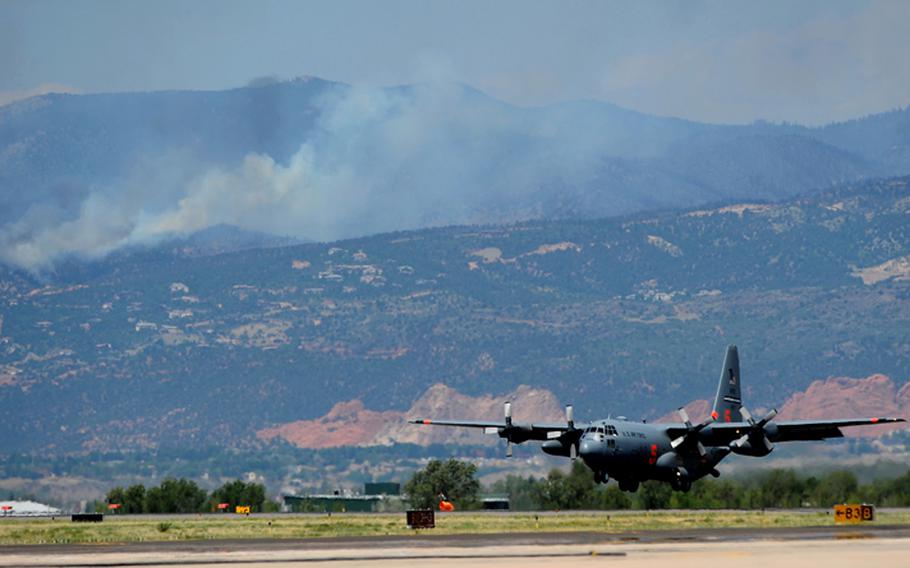 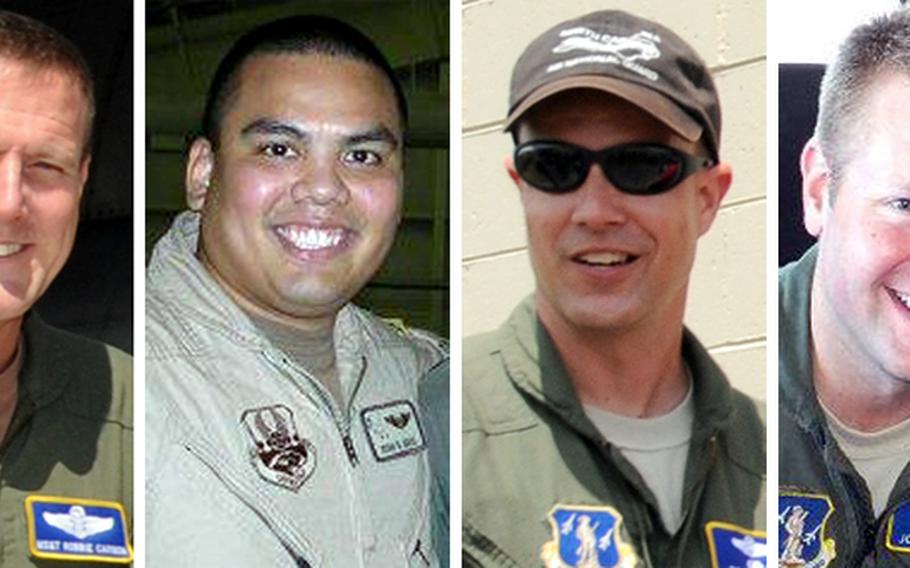 YOKOTA AIR BASE, Japan &mdash; Several factors contributed to the July 1 crash of a C-130 battling a South Dakota wildfire this summer, including the decision to fly in such stormy conditions, said the Air Force general who led the crash investigation.

Although four crewmembers died, the pilot &ldquo;crashed the plane&rdquo; in a way &ldquo;that made all the difference&rdquo; for the two airmen in the rear of the aircraft who survived, Brig. Gen. Randall Guthrie told a news conference Wednesday after the Air Force released an executive summary of the accident investigation board&rsquo;s report.

The crew had problems reaching full speed while dropping its first load of fire retardant over the massive blaze. Within five minutes, crew members were making their second run when they hit a microburst &mdash; a severe wind gust that blasts down from a thunderstorm.

Pushing the engine to full power again, the crew struggled to regain air speed and pulled the nose up, to no avail, according to Guthrie&rsquo;s account. In less than 20 seconds, the plane hurtled into a lightly forested plateau, breaking up on impact and instantly killing the pilot and three others in the cockpit.

The No. 4 propeller hit the door near the back of the aircraft, creating an escape route for the two loadmasters, Guthrie said, adding that the pilot clearly hoped something like that might happen.

&ldquo;That was the only way they could have gotten out,&rdquo; he said, noting that the men did not recall exiting the mangled wreckage.

&ldquo;If you add all of the pieces up, it was very clear they shouldn&rsquo;t have attempted the second drop,&rdquo; Guthrie said. &ldquo;They should have aborted.&rdquo;

The fleet of eight firefighting C-130s was grounded several days after the crash for safety inspections. Guthrie said investigators found nothing mechanically wrong with the downed plane or the other planes.

Any of the crew members &ldquo;could have called it off,&rdquo; Guthrie said. But ultimately it was the pilot&rsquo;s decision to continue the mission despite the severe weather and the operational constraints it imposed on the aircraft&rsquo;s otherwise sound mechanics, he said.

Still, the crew wasn&rsquo;t entirely to blame for the crash.

The board&rsquo;s six-week inquiry found that the lead plane &mdash; a twin-engine flying 15 seconds ahead of the C-130 &mdash; failed to adequately communicate the severity of the storm, which also &ldquo;substantially&rdquo; contributed to the mishap.

However, considering the lead aircraft itself &ldquo;barely escaped&rdquo; crashing after hitting the same microburst, skimming just 10 feet off the ground, the lack of communication was &ldquo;understandable,&rdquo; Guthrie said.

&ldquo;They didn&rsquo;t really add up all the pieces themselves,&rdquo; he said.

Investigators also ruled that conflicting operational guidelines on how close a plane can fly to a storm caused confusion among the crew and contributed to the crash &mdash; Air Force guidelines say no closer than five nautical miles while Air National Guard guidelines say at least 25, Guthrie said.

The Charlotte, N.C.-based crew was from the 145th Airlift Wing of the Air National Guard but was following Air Force guidelines, he said.

There was also no ground control that could have provided another layer of warning, Guthrie said.

&ldquo;The best way&rdquo; to avoid the aviation pitfalls of bad weather is &ldquo;not to get that close,&rdquo; said Guthrie, a reservist and commercial airline pilot.

The crash was the first in the 40-year history of C-130s equipped with the Modular Airborne Fire-Fighting System, or MAFFS, including deployments to Iraq and Afghanistan.

The accident investigation board, by design, is not charged with providing recommendations to improve operations in the wake of such crashes, Air Force officials told the news conference. That will be determined by a separate safety investigation board.

MAFFS is a joint program run by the Defense Department and the U.S. Forest Service to provide additional aerial firefighting resources when commercial and private air tankers are not able to meet the needs of the forest service.

NORTHCOM said in July that the names of the surviving airmen would not be released.

Mikeal was an evaluator pilot with more than 20 years of service. McCormick was an instructor pilot and chief of training for the 156th Airlift Squadron. Cannon had more than 29 years with the Charlotte unit and was a flight engineer with the 145th Operations Support Flight. David was an experienced navigator with the 156th. He joined the North Carolina Air National Guard in 2011 after prior active-duty service.