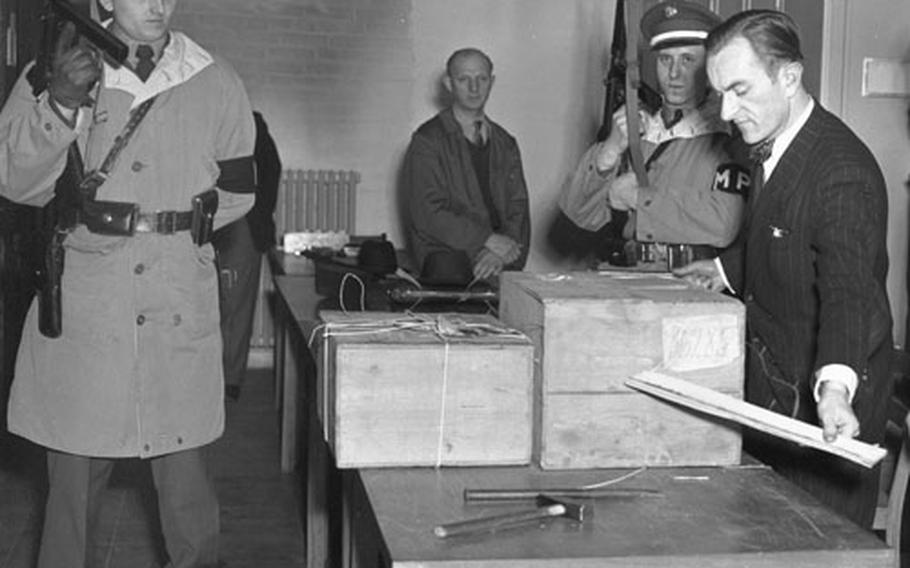 The guards watched every move in the transfer of the boxes from the deposit vaults of Frankfurt's Rhine-Main Bank to a vault in the nearby Bank Deutscher Lander, where experts will aid U.S. officials in determining whether certain items are subject to restitution claims filed by France and Yugoslavia for return of former Nazi loot.

Photographers and newsreelmen were allowed to take pictures of the unwrapping of the two boxes and the removal of the enveloped contents.

However, cataloging and identification of the jewels themselves began in strictest secrecy, and may require three or four weeks before completion, officials said.

The boxes were found by U.S. Army authorities in a Leipzig bank at the end of the war, and were brought to Frankfurt for safekeeping.

The nominal depositor is Kurt Hermann, a Lichtenstein citizen, known in Germany before the war as a jeweler and friend of No. 2 Nazi Hermann Goering.